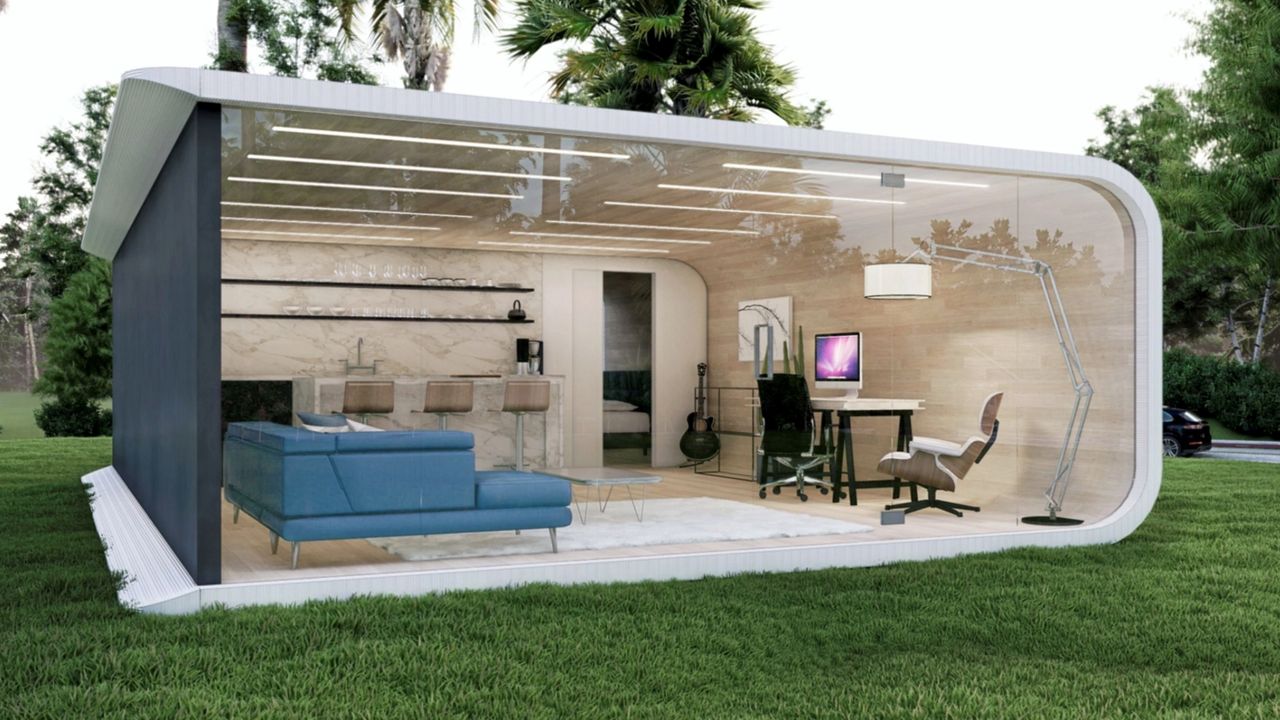 CULVER CITY, Calif. — At first glance, Ross Maguire, CEO of Azure Printed Homes, is holding what looks like a piece of white plastic but he says it’s the future of accessory dwelling units, or more commonly known as ADUs, that clients can customize.

The model represents ADUs that Maguire and his team designed and customers can choose the colors, finishes and other details on the unit with the few clicks of a button. Afterward, the entire backyard home is created with a 3D printer.

Maguire has over a decade of construction experience in the United Kingdom and launched the company in 2019 with co-founder Gene Eidelman after becoming frustrated with traditional build methods, which he says can take months and harm the environment with its sizable carbon emissions footprint.

“We could see if we printed something that would allow us to do it in a factory, then we could create more of the structure rather than just the exterior walls, so making the whole process more efficient,” he said.

Sustainability is a priority so he says they use recycled plastic and fiberglass to build the homes.

Maguire said his company can 3D print an ADU in one day and ship it to a customer in five days. They’re gearing up to print 180 square-foot studio units, which cost $40,000 and there is a three-month waitlist as they have $4 million in preorders. They also plan to print larger ADUs, up to 1,200 square feet with two bedrooms.

Cost and time are the two main challenges when it comes to building ADUs, but Dana Cuff, director of cityLAB at UCLA, said each unit can go a long way toward meeting housing goals.

Cuff co-authored California state legislation in 2016 that makes it easier to build ADUs and said 3D printing is very promising.

“It can be more cost efficient and especially more efficient in terms of time and the whole destabilizing aspect of construction,” she said. “You still have to build a foundation and do all the same infrastructure work that you would for another unit.”

Maguire estimates less than 1% of people have ever seen a 3D printed home but he’s hoping to change that, first with ADUs and then larger houses.

“I see in like five years, ten years' time, that number being more like 20% and that number growing,” he said.