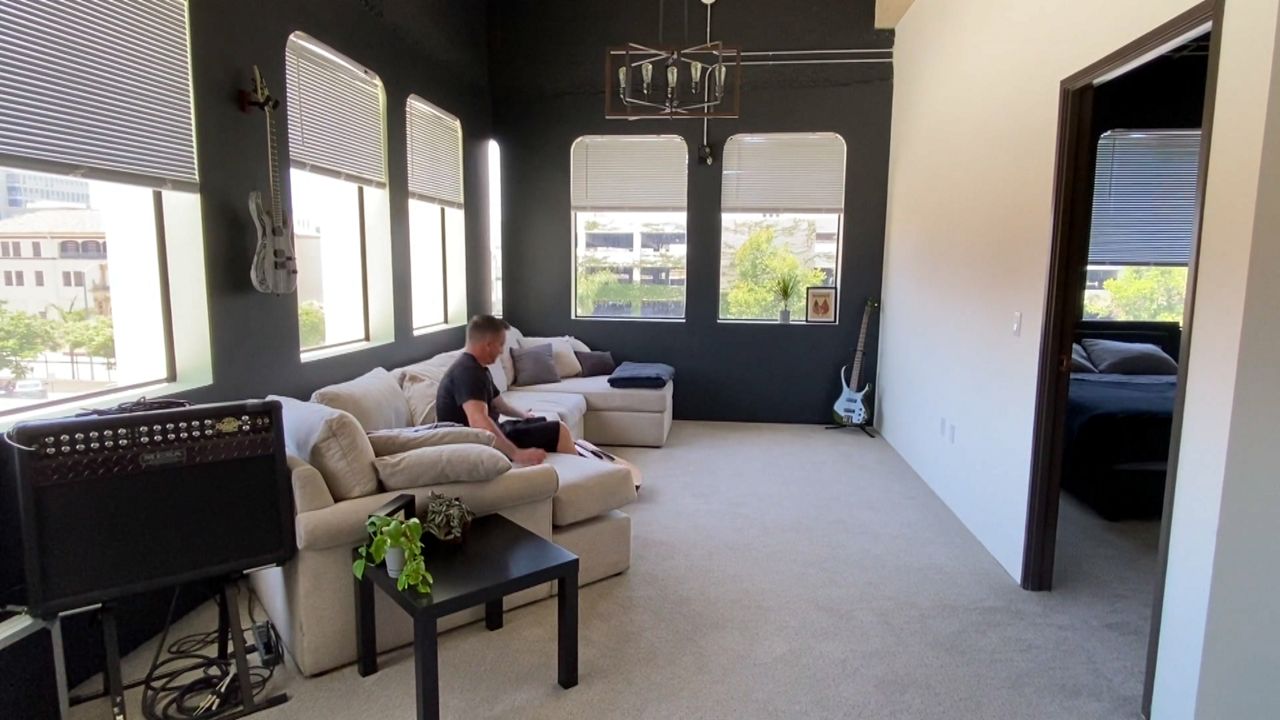 SANTA ANA, Calif. — At first glance, when real estate developer Eddie Lorin headed into a 10-story Santa Ana building located at 888 Main Street, it may not have been obvious that people used to work there.

“First of all, it was the bank, and then it became the social work office, so imagine a government building being transformed into apartments,” Lorin said.

That’s exactly what he did. Lorin is the co-founder and CEO of Alliant Strategic Development, which converted the office building into 148 units of workforce housing. It’s a practice called “adaptive reuse,” which breathes new life into old buildings.

Lorin says it was challenging to transform the property, and he had to install a fire water storage tank, backup generator and HVAC systems in every unit, among other elements. But he kept some of the building’s original charm.

“There are three vaults that we kept and preserved from the old bank, which is very cool,” he said. “How many people can go inside a vault? But here you are.”

Real estate developments that convert vacant buildings into residential units can help with Southern California’s shortage of affordable housing. Across the U.S., almost 32,000 apartments were created from old buildings over the past two years, and 41% used to be office space, according to Yardi Matrix. In Los Angeles, over 4,300 apartments are expected to be converted this year.

For residents like Daniel Meilbeck, it’s a chance to live in affordable housing.

“I left this area 10 years ago, and I am back now, almost 10 years exactly, and rent for something for substantially smaller is twice as much,” he said.

The average apartment there is about 600 square feet with monthly rent in the low-$2,000s. Meilbeck says he’s lived there for the past four months and the rent is reasonable given the location in downtown Santa Ana.

“We’re in the middle of Orange County. That is pretty much five minutes to anywhere,” he said.

Lorin says that as the economy reopens, and companies rethink where employees can work, there is a lot of opportunity to create more affordable housing in vacant buildings.

“We’re in the process of converting about three of four malls where there is extra land, or there is a Macy’s, or there is a Sears,” he said. “We can knock that down, and we’re trying to integrate that into the rest of the property so it becomes mixed-use rather than malls.”