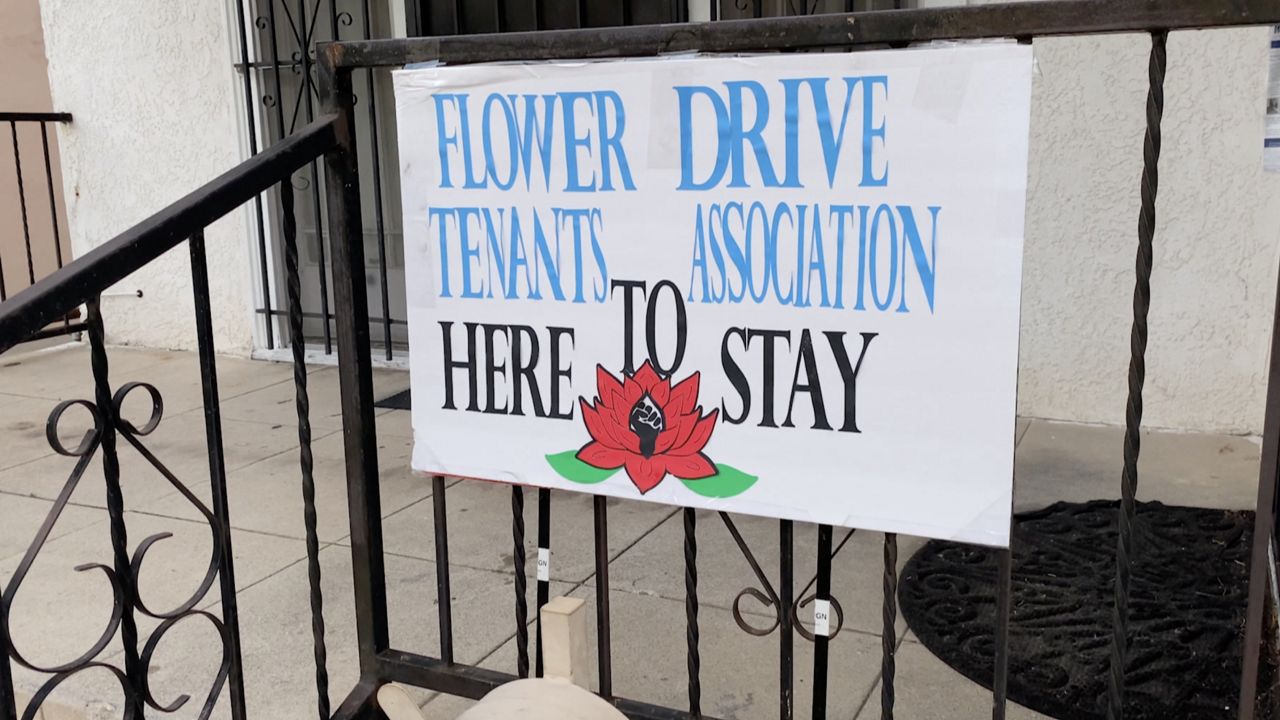 Grandmother, single mother of 3 fight displacement from their homes

LOS ANGELES — Over the last few years, 69-year-old Ines Alcazar has become closer than ever with her neighbor Teresa Soto.

Soto has lived in a rent-controlled neighborhood on Flower Drive between USC and the 110 freeway for 28 years, Alcazar for the last 50.

“This place is my home, my community, my life,” Alcazar said.

It's a home and life they’re trying to protect because Alcazar — who is retired and on a fixed income — and Soto — a single mother of three with a disabled child — have started seeing signs that their days on Flower Drive may be limited.

“It started in 2017 and 2018, developers went around offering cash for keys. Off and on visiting people, trying to convince our neighbors to move out,” Alcazar said.

Eventually, many took the deal. Now the block across from them is half empty. That’s when they saw the writing on the wall.

“What they want is to displace us and put a building here. It may be really beautiful and big, but at the expense of kicking us out. And before you know it, we’ll be the ones living under the freeway,” Alcazar said.

They say they’re not going to stay quiet, after all they have widowers, retirees, babies and disabled people living in these homes.

“For me it’s stressful,” said Soto. “Really stressful just thinking where am I going to go with my daughters? And which school am I going to take my disabled daughter to? At the school nearby, she has made progress.”

Spectrum News 1 got a hold of the Ventus Group developer pitch, which features Alcazar and Soto’s homes along with many others on the block that would be replaced to build multi-family units and a parking lot. Other areas would become student housing. We reached out to Ventus Group and USC for comment but did not hear back.

Kelli Lloyd Acosta with Alliance of Californians for Community Empowerment says the problem with projects like these is that once tenants move out they usually won’t have a chance to come back.

“Do not be afraid, organize. Join together. Speak up,” said Acosta. “Be in the faces of the people that you voted for, because they won’t get reelected if the people that make up their constituency move out.”

So, this year a small rebellion has taken root among the residents.

“We now know how the developers work and now we are trying to get organized,” Alcazar said.

They formed the Flower Drive Tenants Association, put posters on their windows and balconies and are meeting once a week.

“If they want to fix the area, they’ll have to fix it with the people that are already living here,” Soto said.