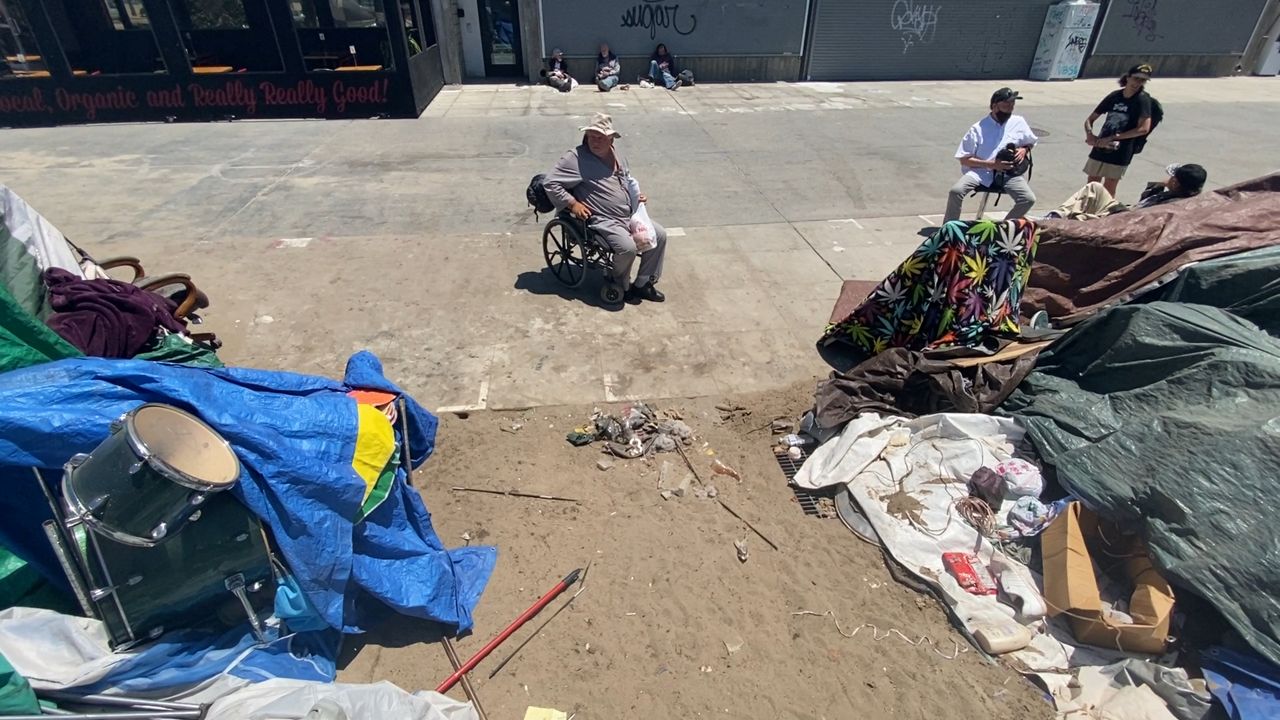 Robert Sadowski is now living at the Venice “A Bridge Home” shelter just three blocks from his former spot on the boardwalk in Venice, Calif. (Spectrum News 1/Kate Cagle)

VENICE, Calif. — St. Joseph’s Center has placed 131 people living in tents along the Venice Beach Boardwalk into interim and permanent housing, according to the nonprofit working with Councilman Mike Bonin’s office.

The encampment along Ocean Front Walk swelled during the COVID-19 pandemic when the CDC recommended against displacing homeless residents for fear of spreading the virus.

Police have not many any arrests in connection with the clean-up efforts, Ensley added.

For those who have lived outside for years, moving indoors is taking some adjustment. Among the newly sheltered is 76-year-old Robert Sadowski, who is now living at the Venice “A Bridge Home” shelter just three blocks from his former spot on the boardwalk.

"It’s not bad," he said. "I still prefer the boardwalk, but that’s all gone now. They cleared the place out."

On Tuesday, Dr. Coley King began treating Sadowski’s venous stasis, a painful condition in his legs and feet likely caused by sleeping in his wheelchair. King provides medical treatment once a week at the shelter and noted that Sadowski’s health has drastically improved since he moved indoors.

“Visually, health-wise, he’s much, much better,” King said. “His numbers have been a lot better, too, as far as his blood pressure and blood sugar.”


King treats homeless patients both on the street and in the shelter. In 2020, the number of homeless deaths in LA County surged to about 1,400 people — roughly four per day.

While doing better physically, Sadowski said he doesn't see the shelter as a path to an apartment in the city.

“No, I don’t want any permanent housing. I’m trying to save some money and buy an RV.”