LOS ANGELES — The seven square miles that make up downtown Los Angeles are a bustling amalgamation of restaurants, apartments, manufacturing plants, stores, offices, and skyscrapers. The area has become such a hive of urban activity that the Los Angeles Department of City Planning expects downtown will account for 20 percent of the entire city’s housing growth over the next two decades.

So, on Thursday, the department introduced a new strategy to accommodate it. Under the proposed Downtown Community Plan, the amount of land that can be used for housing will almost double, from 33 percent of downtown’s total land area to 60 percent. And the space available for mixed-use developments that combine housing with commercial enterprises would more than triple, from 20 to 64 percent.

“One of the things that’s really unique about downtown L.A. is the amount of growth we’re looking to accommodate, which equates to 100,000 new housing units,” said Craig Weber, principal city planner for L.A.’s City Planning Department. Downtown will add all that growth in a space representing just one percent of the city’s land area, he said.

Bounded by the Los Angeles River, Dodger Stadium, and the Harbor and Santa Monica freeways, downtown is a melting pot of neighborhoods and influences that includes Little Tokyo, Chinatown, the Financial District, the Arts District, and Skid Row, among others. Zoning wise, however, it falls in two general camps: an eastern portion that has historically been zoned for single-use manufacturing and industrial uses, such as the fashion district, and a western section that allows for mixed-use developments that combine residential and commercial uses, such as retail and restaurants.

“We’re looking overall at diversifying the mix of uses that can go downtown,” Weber said.

In addition to allowing housing in areas where it was previously restricted, the plan allows for buildings that combine residential and commercial uses, as well as the construction of more live-work housing. In an attempt to balance the need for more housing with the need to continue bolstering downtown’s role as an employment center, the Downtown Community Plan calls for adding live-work units to housing projects, particularly in the Arts District, which has seen a lot of redevelopment.

The plan also expands the area where buildings can be adapted for reuse to the Fashion and Arts Districts. So-called “adaptive reuse” has already played a key part in the revitalization of downtown’s historic core since the city enacted its Adaptive Reuse Ordinance in 1999. The ordinance allows for under-utilized and vacant historic buildings, such as banks, to be turned into housing, by eliminating things like parking requirements.

The new Downtown Community Plan expands upon that ordinance by allowing it in a larger geographic area and with other types of structures, such as parking garages. In addition, the plan “would require that new above-grade parking facilities be built specifically so they can be adaptable to habitable uses,” Weber said. 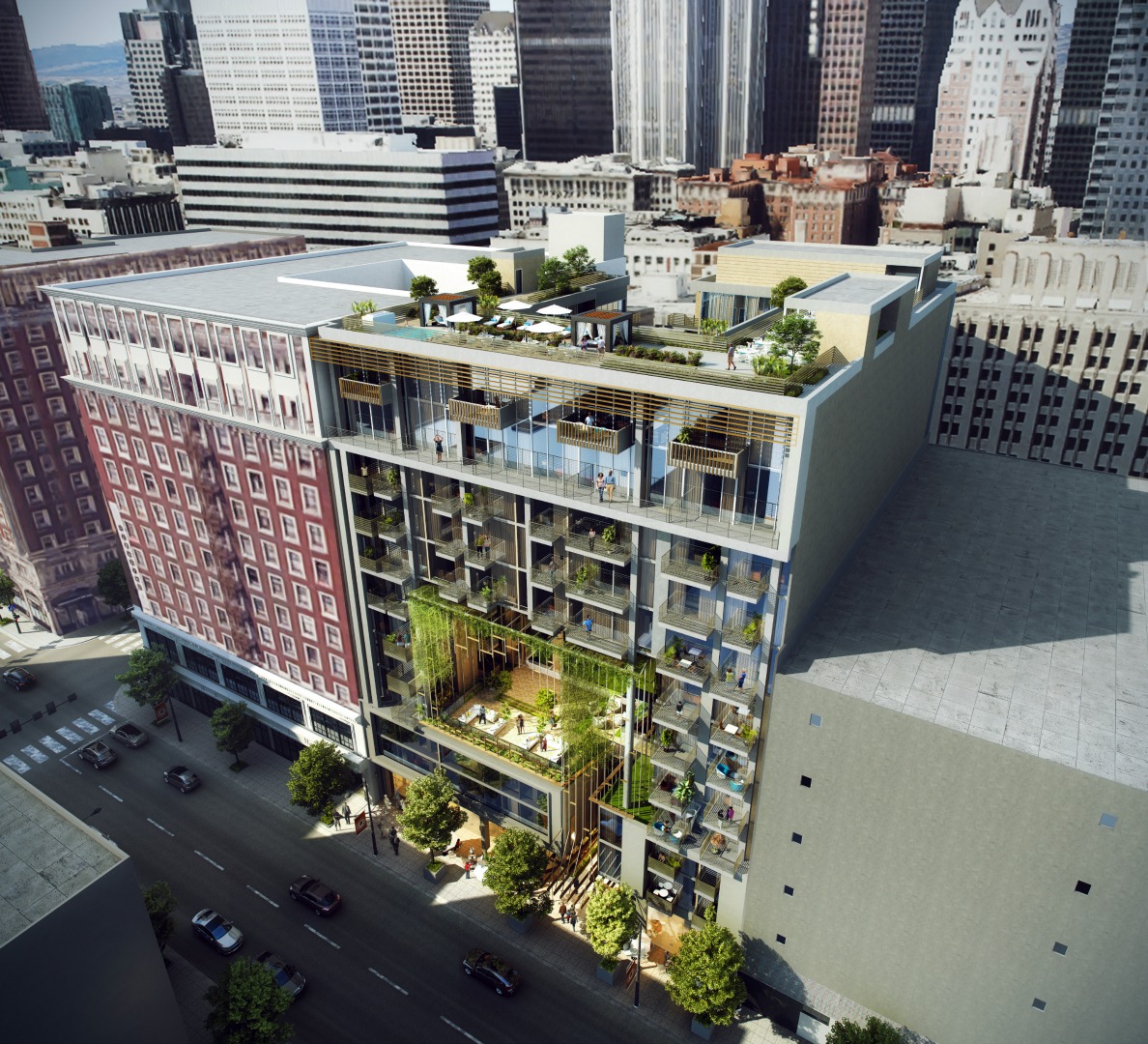 Norberto Nardi is the chief executive of Nardi Associates, an architecture firm that is currently developing five projects in downtown L.A., including the Olympic Tower on West Olympic Boulevard. The site of a former car wash, Olympic Tower is being transformed into a 60-story skyscraper that will include a 373-room hotel and 374 residential units, as well as restaurants and retail.

He noted that getting approvals for the Olympic Tower took six years and getting approvals for another project at 433 S. Main Street took four. While he supports the plan’s expansion of adaptive reuse, he said even greater regulatory flexibility would be necessary there, especially for the many warehouses in downtown's eastern area.

“I am absolutely supporting that approach as long, and this is key, as long as the adaptive reuse is associated with an outside-the-box, creative design approach,” Nardi said. “The problem is that many of those buildings do not necessarily provide a better habitat for people if they are living there.”

Eighty percent of the new housing units the Community Plan would create will be located within a half mile of a bus or rail line, Weber said. Housing development would be intensified in the areas around Bunker Hill, South Park and the financial core of downtown, and would also be situated around transit hubs east of Main Street, where residences are not currently allowed.

"There needs to be an actual requirement that the zoning that allows you to build more wealth, basically, that the community should be allowed to benefit as well and have access to the housing that’s coming, and that should be affordable," said Steve Diaz, deputy director of the Los Angeles Community Action Network. The group is part of a coalition of groups providing feedback on the Community Plan, which originally made the new housing units market rate. The plan released Thursday incentivizes new housing for a range of income levels, including the development of affordable housing.

The need for affordable housing downtown is "dire," Diaz said. Dire. "The community has done great historically to preserve what we have, but as homelessness is going up and we’re about to be in the middle of an eviction tsunami, we have to use every tool at our disposal to ensure truly affordable housing is being created."

The plan's call for 100,000 new housing units in downtown LA by 2040 is just a drop in the bucket for what Los Angeles needs. Today, the Southern California Association of Non-Profit Housing estimates there is a shortage of 551,807 rental homes for households earning less than $41,500 in Los Angeles County.

Weber said the new road map for downtown development prioritizes affordable housing and encourages economic diversity in an area where financial disparities are readily apparent. Penthouse apartments can rent for $10,000 per month, while many homeless are relegated to milling around on the streets below.

“Our overall vision with the downtown plan is accommodating growth, employment, and housing,” Weber said.

In the works for five years, the Downtown Community Plan is the first to apply new zoning rules the city devised when updating its zoning code. City Planning will hold a public hearing on the plan in the fall and present a final version to the Los Angeles Planning Commission in early 2021.

One of 35 community plans the city is tasked with keeping up to date, Boyle Heights will be the next community to get an update with tailored zoning for the neighborhood’s affordable housing needs.

CORRECTION: An earlier version of this story incorrectly said that about half of the new housing would be situated around transit. The error has been corrected. (August 7, 2020)