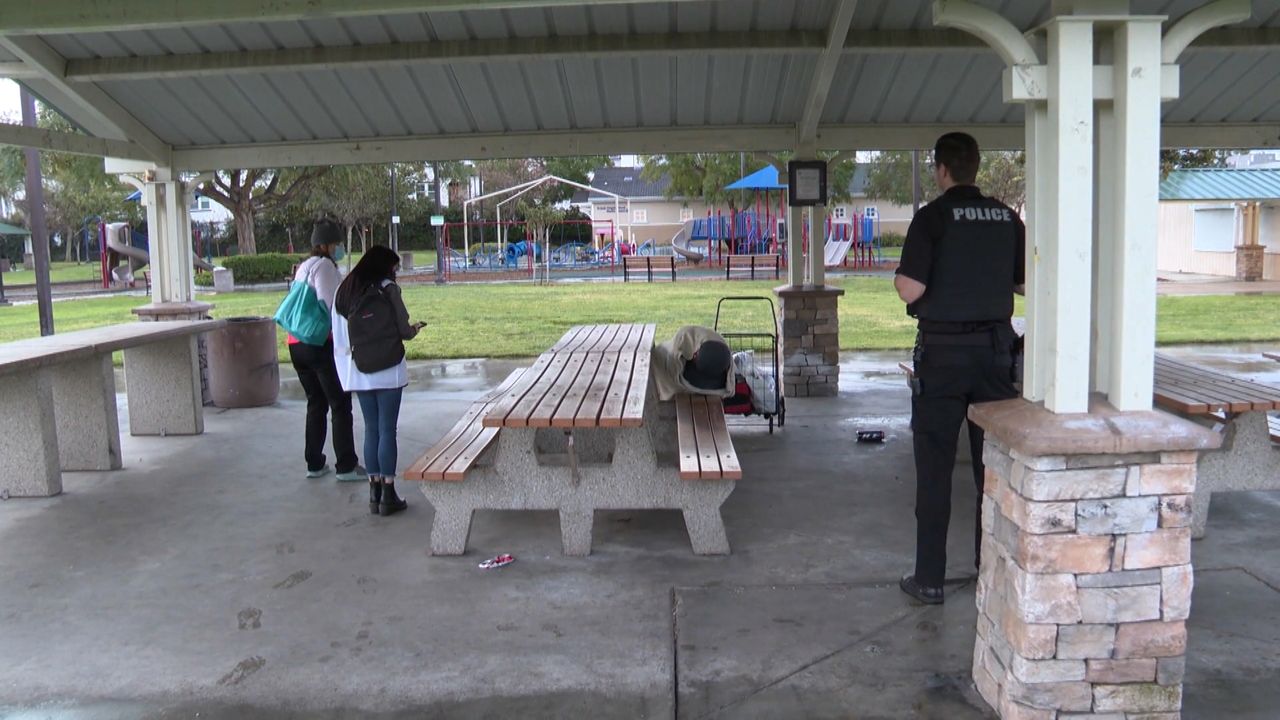 EDITOR’S NOTE: Multimedia journalist Vicky Nguyen spoke with a Point in Time Count volunteer about this year’s homeless count in Orange County. Click the arrow above to watch the video.

ORANGE COUNTY, Calif. — Volunteers took to the streets this week to find out whether Orange County’s homeless population has grown or shrunk.

A new local poll shows that whatever the answer is, people are angry.

“This concern about homelessness is not a compassionate concern. It’s do whatever you have to do to get them off the street,” said pollster Adam Probolsky of Probolsky Research. “Just get them out of my sight, is what they’re saying.”

City and county governments have long contended with how to solve a problem with frustrated constituents who largely don’t want shelters or affordable housing near their homes.

Cities like Costa mesa, Newport Beach and Huntington Beach have already begun with plans for shelters and affordable housing, addressing homeless counts that had become too big to ignore.

The poll covered three hundred residents county wide and included respondents from a wide variety of demographics. Of the group, 72% believe homelessness has become worse over the past two years.

Whether that’s true is hard to say.

The last complete homelessness count, which covered sheltered and unsheltered homeless in Orange County, was in 2019 and showed the county had about 6,800. But pandemic interruptions diminished the accuracy of the annual point in time count. Organizers couldn’t go out and check park benches or other known sleeping places for the homeless community.

The U.S. Department of Housing and Urban Development (HUD) allowed municipalities to forgo the count of homeless on the streets. Numbers of sheltered homeless decreased, but only because of health directives that called for social distancing.

“Not doing the count has made it very hard to understand what happened during covid,” said Nan Roman, CEO of the National Alliance to End Homelessness. “We hear from a lot of communities that people feel there are more unsheltered people, but we really don’t know.”

Whatever the real numbers are, Roman said public frustration with homelessness is often higher in urban areas like where she’s in Washington, D.C. The uproar there, she said, has been fierce.

“In my mind, unsheltered homelessness is the most egregious problem. Their health is much, much worse and they’re 49% more likely to have mental health, substance abuse and physical health problems.”

Katrina Foley, Orange County Supervisor for the 2nd District, thinks the homelessness count will be down from the last complete point in time count. Since then, shelters have been added along with rent protection programs and affordable housing has appeared in several of the county’s largest cities.

The problem now, she said, is identifying and helping those who are hardest to reach.

“For the chronically homeless, for people living on the streets, a good portion of that community is younger and they have drug addiction issues that we’ve got to figure out how to address,” she said.

Among the solutions being advanced are large programs like Project Homekey, which could add additional permanent housing for homeless in the county.

“We still have more work to do,” Foley said.