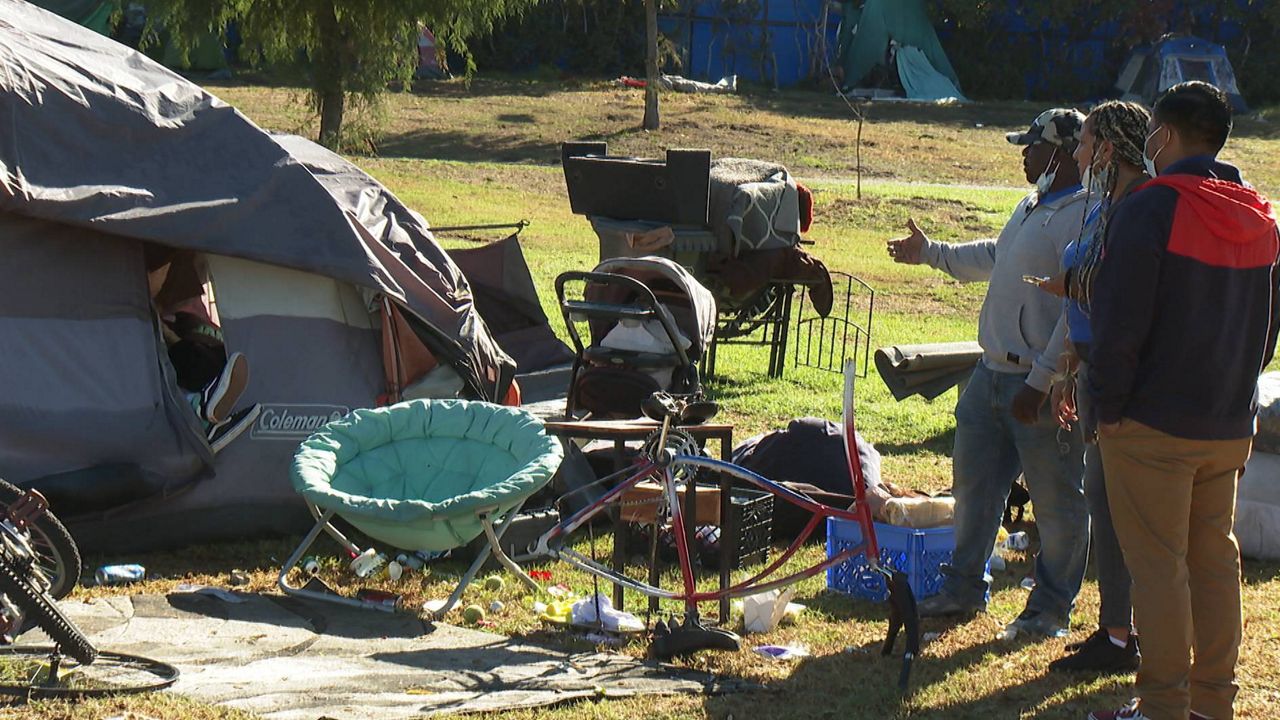 WESTCHESTER, Calif. — The Los Angeles City Council approved $1.1 million for an Encampment to Home program to house the homeless living in Westchester Park Tuesday, with Councilmember Mike Bonin poised to repeat a program that cleared a sprawling encampment from the Venice Beach Boardwalk.


The funds will help pay for hotel rooms for those who have been living in the Westside Park that features a popular children’s play area, tennis courts, a swimming pool and Bonin’s district headquarters.

There are about 70 people still living in tents and an additional ten in cars, according to Haley Fuselier, senior director of Greater Los Angeles Programs for PATH (People Assisting The Homeless), the non-profit tasked with outreach at the park.

Bonin’s office said it will soon release a timeline for clearing the park and enforcing anti-camping ordinances.

A fender bender was the final blow that lead Clint to the park, after he spent a year struggling to find an apartment in Venice without proof of income. As his car broke down, he drove it to Westchester Park and has been living in a tent ever since.

“Thank God I have somewhere to sleep. That’s all I can say,” he said.

Clint said he was offered housing vouchers by PATH in the past, but they would only cover the cost to share a room. When outreach worker Damond Johnson approached him about moving to a nearby Motel 6 Tuesday, he was skeptical.

Johnson has been conducting outreach at the park for a little over a year, though he admitted progress is hard to see because people have left their tents intact, even after moving into housing.

Councilmember Mike Bonin first coined “Encampment to Home” at the Venice Beach Boardwalk, using $5 million in City funds to pay for hotel rooms while the unhoused wait for a permanent solution.

Out of 345 people engaged along Ocean Front Walk, 49 have secured permanent housing, 122 are still in shelter waiting and 174 ultimately declined services or did not qualify, according to data provided by St. Joseph Center.

In Westchester Park, PATH cannot force anyone to take a motel room if they do not want it.

EDITOR’S NOTE: Of the 174 people who did not get permanent or temporary housing, three of those declined services. The rest did not qualify for the program because it was determined they had not been living on Ocean Front Walk. (Oct. 27, 2021)