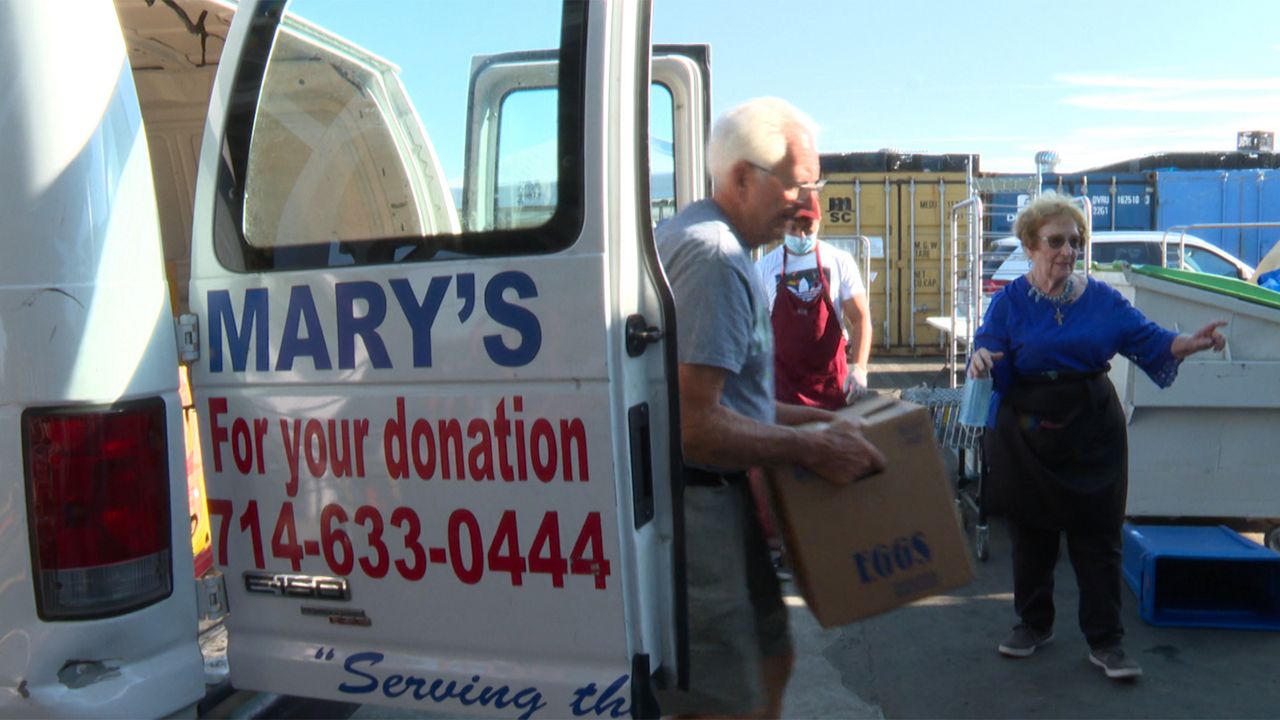 Orange terminates contract with nonprofit kitchen that helps the homeless

ORANGE, Calif. — Hundreds of people like Leasa Pollard don't know where they will go if Mary's Kitchen gets evicted.

"Think about where you go every night. The homeless just need a place to live. This isn't a place to live, but it gives us what we need to be able to survive," said Pollard, who is facing housing insecurity.

Mary's Kitchen is a nonprofit that offers three meals, laundry services and showers six days a week to anyone who can get there. Pollard helps sign people in for showers and cleans the rooms in between uses.

"Good morning. What's your name? How are you today? I'll call your name when you're ready," Pollard said to one of the kitchen's guests.

Pollard is a single mom. She said she survived a domestic abuse situation but landed on the streets after she left.

"This place enables us to stay alive. That's the part that nobody gets," Pollard said.

The city sent Mary's Kitchen a demand letter in June terminating its lease three years early. While the city thanked the kitchen for its relationship over the years, the city is citing the nonprofit for enabling people to stay homeless. The city wants the kitchen led by Gloria Suess to move out by September.

City of Orange spokesman Paul Sitkoff said in an email that he couldn't comment because of potential pending litigation. Still, he did send a long list of calls made to the Orange Police Department regarding Mary's Kitchen.

What follows is a portion of the email Spectrum News 1 received from the city's spokesman:

"Unfortunately, adjusting to a changing world can be difficult. What was once an effective means of helping to deal with homelessness now serves to exacerbate an ever-increasing number of health, welfare, and public safety issues. The clientele of Mary's Kitchen has shifted from families and individuals needing temporary support to those with drug addiction problems, those suffering from mental illness, or those who sustain their displaced lifestyle through crime. Providing meals, without providing the right ancillary support mechanisms, enables this type of homelessness."

Suess said the kitchen hired a security guard to watch over its property, and she reminds her guests to be on their best behavior when they're on public city grounds every day.

She isn't giving up. She hired an attorney, and they've invited faith-based and elected leaders to support their kitchen and encourage the city to extend their agreement.

The COVID-19 pandemic made it hard for homeless residents to get help. According to the coroner's office, 330 homeless people died in 2020. That's more than any other year. Mary's Kitchen stayed open for people like Pollard.

"I hope in my heart of hearts, they wouldn't want more people dying," Pollard said.

She said Mary's Kitchen offers her a chance to stay clean and safe, but most of all, it gives her love and hope for a better life.