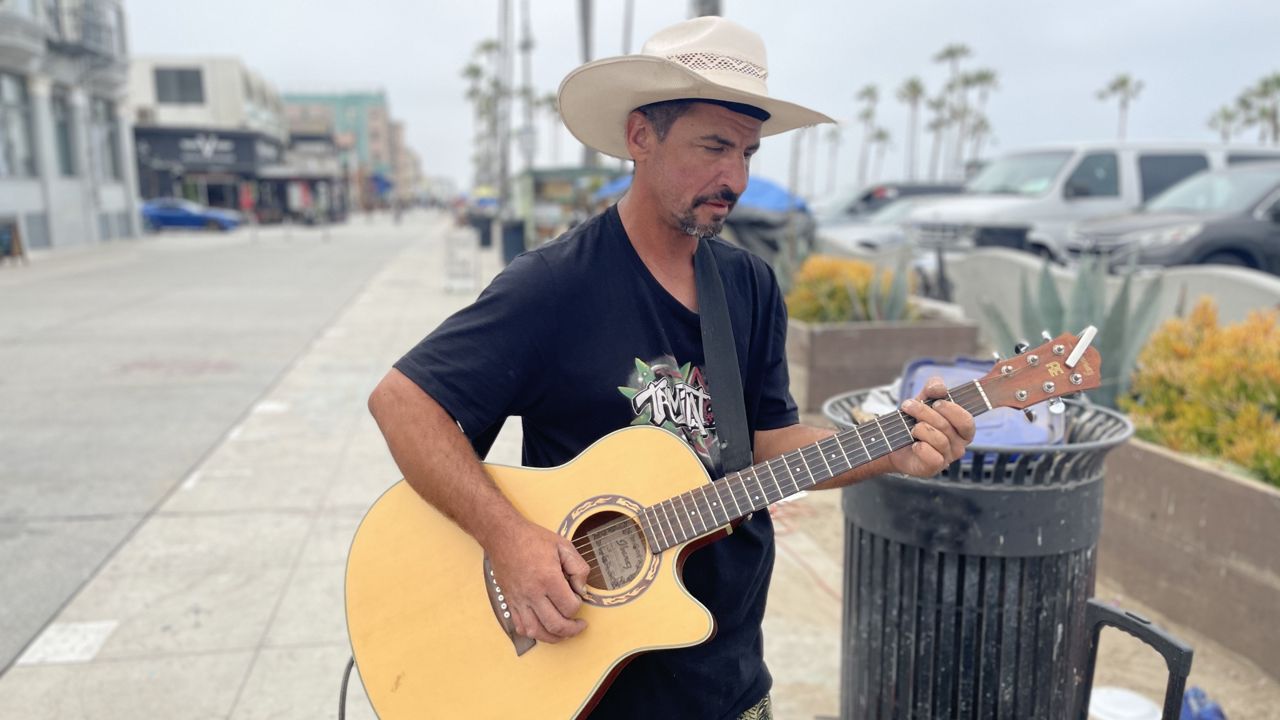 Steven Carrillo has lived on the Venice boardwalk for over 15 years.

Housing initiative in Venice hopes to find a solution

VENICE, Calif. — Possessions might be sparse for unhoused Venice boardwalk resident Steven Carrillo, but what he has is significant to him.

“The key to life," said Carrillo as he pointed what looks like a car key on a Venice boardwalk retaining wall. "That’s me! That’s how I know where I’m supposed to be,” Carrillo added pointing to his name inscribed into that very same concrete wall.

Carrillo's lived out here over 15 years since he was evicted. But on Monday, the next phase of Councilmember Mike Bonin’s initiative began as St. Joseph Center Outreach teams were offering a voluntary path to permanent housing and services to people like Carrillo who are unhoused, living in boardwalk encampments; a process expected to take about six weeks and affect nearly 200 people.

They’ll have the option to either accept housing or leave the area by a certain date, although it’s not clear how that would be enforced.

Amid rising numbers of unhoused people on the boardwalk, Carrillo says the teams were very helpful, and he’s ready for a more secure living situation.

“I’m tired of being out here where it’s dangerous, and it’s hard to rest and the stealing…it’s just, it’s just overwhelming. I’ve had enough,” Carrillo said.

Bonin says the city has permanent housing vouchers but will need to identify available units and willing landlords, but in the meantime will be offering motel placements.

Ocean front businesses like the Candle Café & Grill are right across the street from unhoused beach residents. Barista Saliou M’boup has lived in the area for 20 years and has seen the unhoused population increase firsthand.

But he believes people should have a choice and hopes that the initiative Bonin is calling “humane and proven” will give them an opportunity to get back on their feet.

“I think that the beach should be open to everyone as well," Saliou said. "Venice has always been such a home for art and for community and culture. So I hope that in the coming future we can have some tact with how we move about this and really move with love first and understand we’re dealing with people."

Carrillo says he wasn’t given a timeline on when he’ll be able to get into housing but for now will keep playing with his band “Flight Risk” and remains optimistic he’ll be landing somewhere soon.

“I wish it was faster, but I think it’ll happen," Carrillo added. "Just got to stay with it."

According to Councilmember Bonin’s office, St. Joe’s will bring people indoors pretty much as soon a client is ready. Once they are in transitional housing (most likely a motel), then outreach teams will continue to work with them to connect them to the appropriate permanent housing resource.