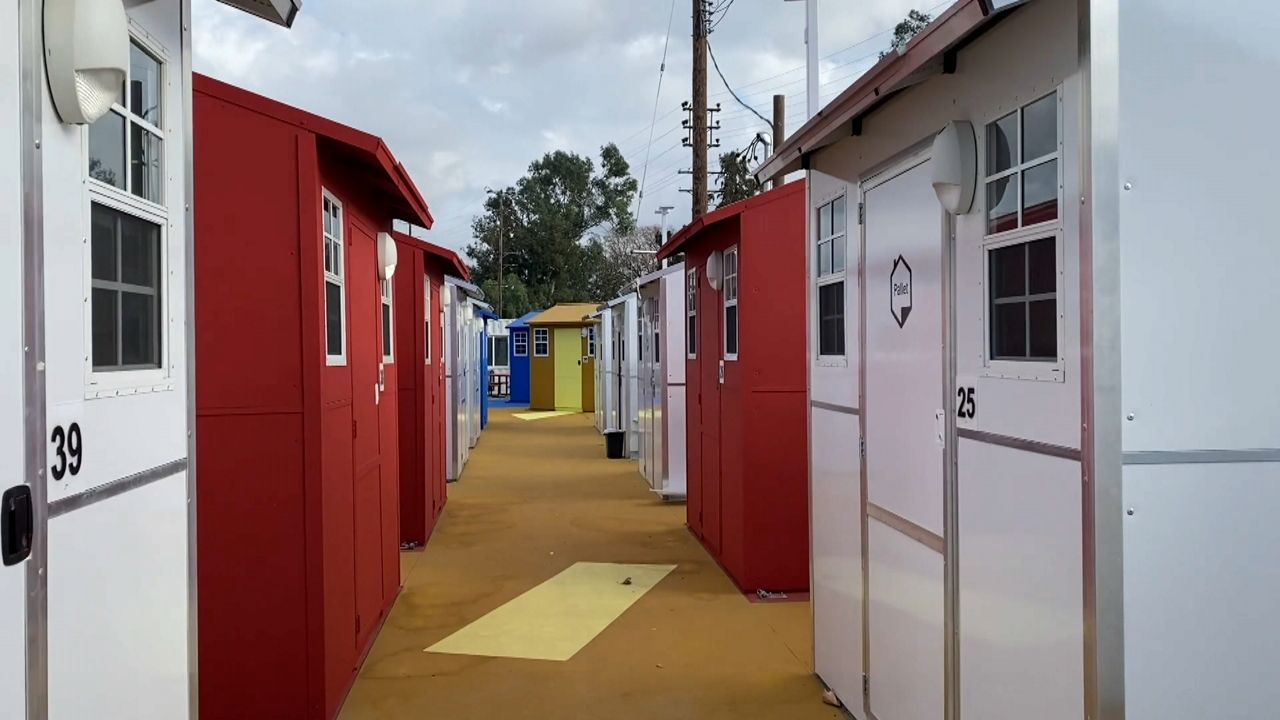 NORTH HOLLYWOOD, Calif. — No matter how he adjusts his driver's seat, waking up every morning cramped in his 2001 Buick will never be comfortable for 32-year-old Kenneth Burtin.

Burtin is homeless and has lived in cars for the past seven years. It's not ideal for someone with severe back and nerve problems.

Burtin explained how his medical conditions cost him his career in nursing, and when he lost his job, he ended up on the streets. Hope of the Valley's homeless navigation center is the only place where Burtin can shower, shave, and brush his teeth during the week.

“Cleanliness is next to godliness, which is more so of a positive mindset,” he said.

Burtin tries to stay positive as he waits to be approved for housing in a brand new Tiny Home community in North Hollywood. It’s also operated by Hope of the Valley, a nonprofit homeless outreach organization in the San Fernando Valley.

L.A. Homeless Services (LAHSA) already has a waitlist of people applying for the bridge housing. Each small home constructed by Pallet Shelter costs about $3,000. The project is a partnership with Councilman Paul Krekorian, and many of the tiny homes were sponsored by locals doing what they can to help the homeless.

Priority is given to those who live within three miles, like Adrian Fisher. Even while working the graveyard shift at Ralphs, Fisher said he couldn’t afford his $900 rent. So for three years, he’s lived in his car.

"It’s a struggle here because the rent is so high," said Fisher.


Fisher is holding out hope that he makes it off the waitlist and into a tiny home but feels his chances are like winning the lottery.

Burtin has faced the fact that on the Tiny Home waitlist are so many people in his situation, all looking for a safe and comfortable place to get back on their feet.

“With this not being guaranteed, I still try to keep mental peace and be grateful for the things I do have now," Burtin added.