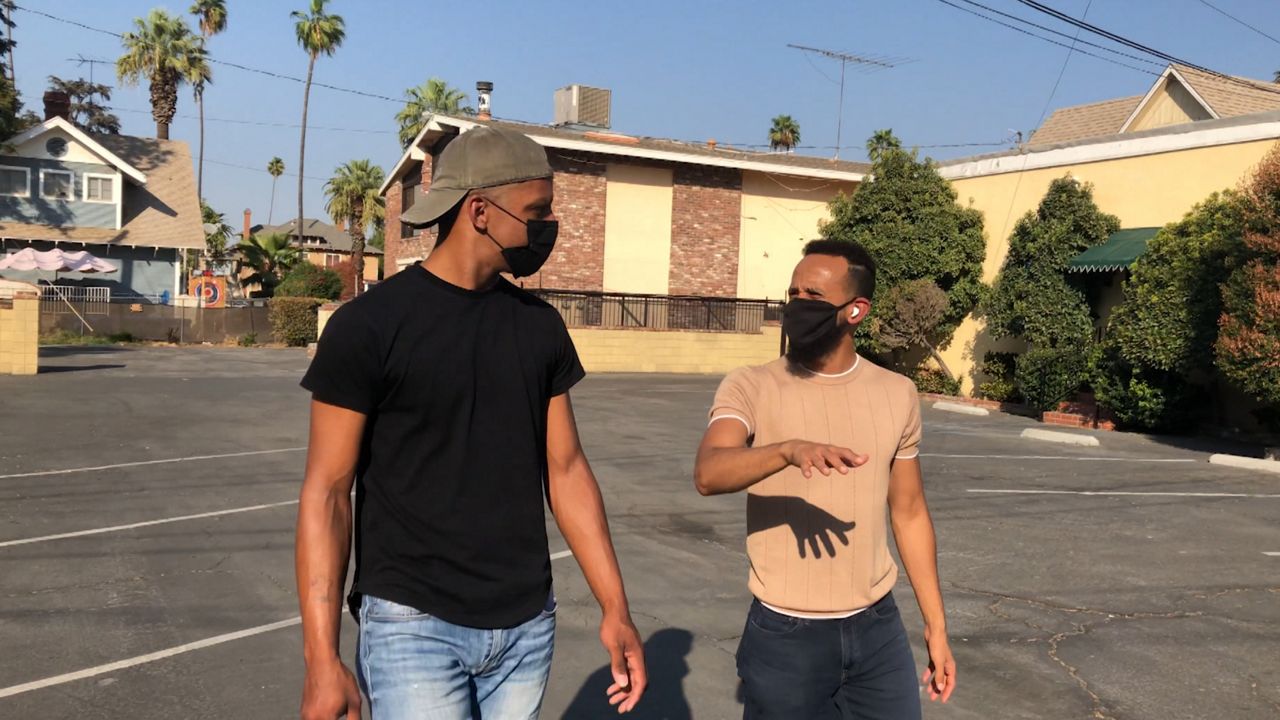 RIVERSIDE, Calif. — A new housing complex for homeless LGBTQ youth living with HIV or AIDS is about to begin construction in Riverside.

Riverside County is receiving $10.5 million from the state and more than $4 million is going to the new LGBTQ+ housing complex called Project Legacy.

Six vacant buildings at the corner of University and Brockton in Riverside will soon make up a 52-bed community for LGBTQ youth living with HIV or AIDS.  Tony Cordier hopes to call it home six months from now.

“I’ve been battling HIV four, five plus years. It’s been really, really hard cause you don’t want to say it out loud. You don’t know who you are going to scare,” Cordier shared.

Cordier’s life has been a struggle since his parents kicked him out for coming out.

“Being kicked out when I was a teenager because of who I was, was really, really hard for me. I had nowhere to go, nowhere to turn to,” Cordier recalled.

Things changed for the better when he met Gabriel Maldonado, a community health and social justice advocate.

“I’m also a person living with HIV myself and I’m also a black man, a Latino, and I come from an immigrant family and so this is not only professional but it is personal,” Maldonado stated.

Maldonado is the founder of TruEvolution, a nonprofit in Riverside that advocates for LGBTQ+ people. He says the pandemic and Project Roomkey revealed the true magnitude of the need for services.

“Within the first three weeks of the project there was over 70 individuals that were identified as homeless living with HIV in Riverside County…These 70 individuals were missed in this most recent homeless count… and so that really elevated the need to look at vulnerable populations specifically people living with HIV,” Maldonado contended.

TruEvolution is now partnered with Housing Authority for Riverside County for Project Legacy.

The transitional housing community will offer its clients a place to stay for up to two years along with onsite support services including mental health, a primary care clinic, and workforce development.

“Our goal, our target, is to have a certificate of occupancy for the residences around April,” Maldonado stated.

For Cordier, living with other people who have gone through and are going through the same struggles will undoubtedly change his life.

“It will just definitely make me feel like I’m a human again and I’m super grateful for that,” Cordier added.

Project Legacy organizers hope to eventually expand the services offered at the new campus to the entire community — programs like mental health services.