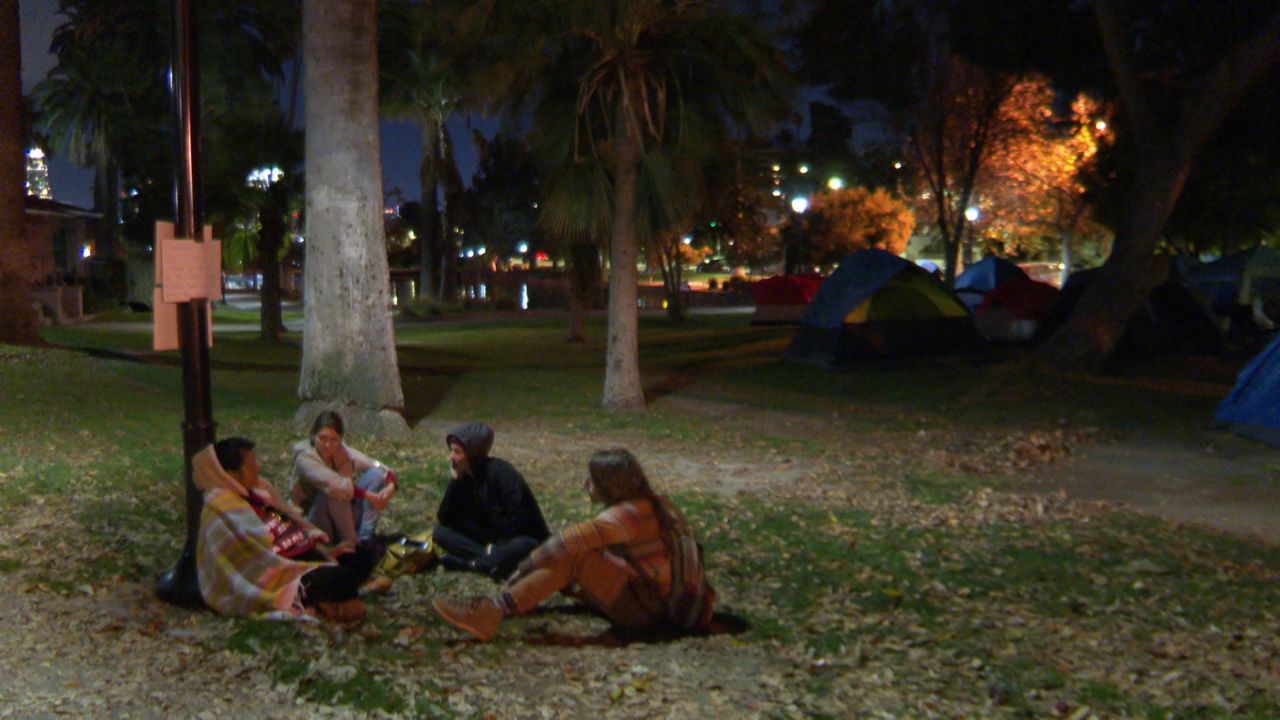 Advocates Sleep out in Solidarity With Echo Park's Homeless

ECHO PARK, Calif. – Like thousands of others do in Los Angeles on a nightly basis Sabrina Johnson is setting up a tent to sleep in.

But she and her friends aren’t homeless, they are community activist who are sleeping out in solidarity with the homeless people of echo park

“There’s going to be some sort of clean up at the park where’s they’re going to come through and tell people they can’t be here anymore but they don’t have anywhere else to go,” said Johnson. “You get the sense that no money ever really speaks up or is paying attention to people who are unhoused.”

Johnson, who has been advocating for homeless as a part of the K-Town For all advocacy group, says she wanted to be there alongside people in the park in case the police came to hand out citations.

People like Ayman Ahmed, who Spoke to Spectrum News 1 earlier in the week, says he appreciates people like Johnson.

“Just to show that community support.  There really is an awakening going on everybody realizes regardless of your economic situation we are all a community out here so that means a lot to me,” said Ahmed.

It’s been a rough week for Ahmed.

Flyers about the clean ups were posted last Friday.

On Tuesday, Ahmed was arrested for smoking weed in the park.

It’s a standoff between protestors at #EchoParkLake and @LACitySAN they are calling out @MitchOFarrell many have said they are willing to be arrested until Council member OFarrell comes to meet them pic.twitter.com/KOjClno9K6

Wednesday evening he and the rest of the echo park homeless had police and park officials come by to warn them about the citations and the encampment clearing that too place Friday morning.

But as the clock struck midnight, no one came. Johnson and everyone else in the park say they will remain on guard

“I think so they knew that we were all going to be out here tonight.  We are going to stay here anyway just in case to make sure nothing happens after we leave but hopefully nothing,” said Johnson.

Johnson is hoping to build a stronger community of both the housed and unhoused alike.