VENICE, Calif. – Reporters Itay Hod and Kate Cagle prepared to have a frank conversation amid rising tensions in Venice between the haves and the have-nots. But before they could ask those living on the streets to give them the real story, they thought they would sweeten the deal with a dozen doughnuts and hot coffee.

They took the goods to an encampment outside the Penmar Golf Course in Venice, where homeowners say they are disgusted by the living conditions on Rose Avenue, also known as “Skid Rose.”

That is where they found Chuck Sego, who first had to put on a shirt and roll a joint.

“It’s part of my morning ritual, you know? Should’ve never started smoking,” Sego said as he ruffled through a bag looking for papers.

Sego said he picked up cigarettes at the age of 10. He turned 13 years old inside juvenile hall. He has been in and out of prison since 1985.

“The first time I did a term as an adult was in Hawaii. I killed my best friend in a drunk driving car accident,” Sego said.

Now in his 50s, Sego has no interest in finding a job and a lifelong problem with authority.

“Every time somebody gives me an order all I want to do is go against that order, even if it’s in my best interest to go along,” said Sego. 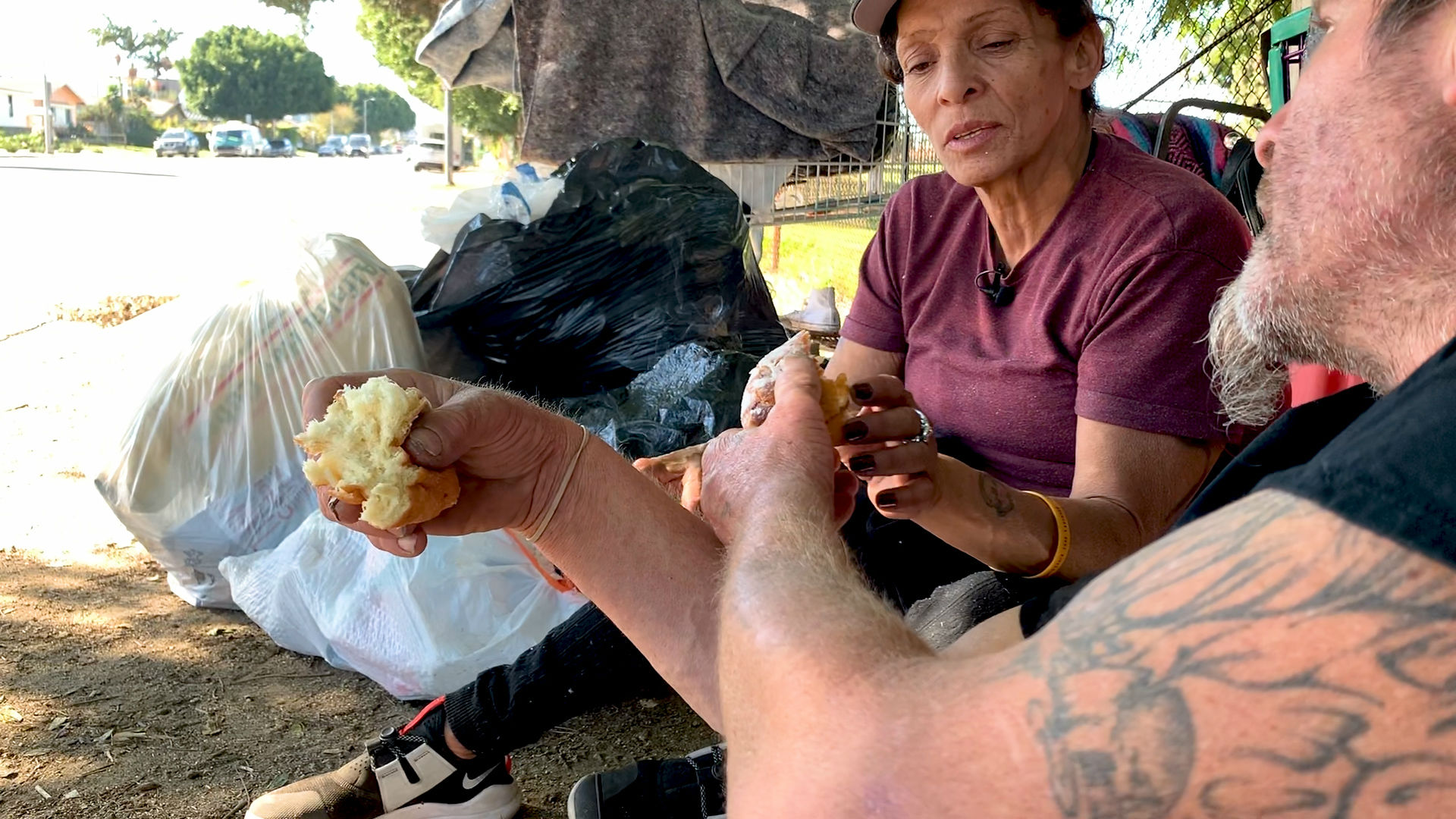 His girlfriend, Cynthia Lagrassa, usually works, but right now she needs eye surgery. She gave up a Section 8 apartment to be closer to her aging mother in Santa Monica. Her mom has since passed away, and now Lagrassa has until the end of January to find an apartment or the voucher expires.

“I had my car and I was like, okay I’ll sleep in my car here and there, but then they towed the car away because I had parking tickets on it,” Lagrassa said. “And I was like, ‘okay, let’s pitch a tent.’”

Sego would be in a jail, but voters recently relaxed California drug laws. He has been arrested possessing methamphetamine twice in the last week.

Lagrassa survived the crack epidemic of the 1990s and said she doesn’t touch the hard stuff anymore. Venice is her hometown.

“I was conceived on Rose Avenue down the street,” Lagrassa said, “so these are my roots here.”

So she doesn’t understand why the homeowners across the street have a problem with their newly-tented neighbors.

“We’re just like them. The only difference is they have a house and we don’t,” Lagrassa said.

Sego smoked, rambled and joked through our entire chat, until we asked him how the city can make the situation better.

“I don’t think it was ever meant to be made better entirely. It takes a lot of people to make the world turn the way it does today,” Sego said.

One couple encapsulates the complexities of the crisis – two lives misdirected by death and drugs, prison, and poverty. But at least on the street, life is on their own terms.