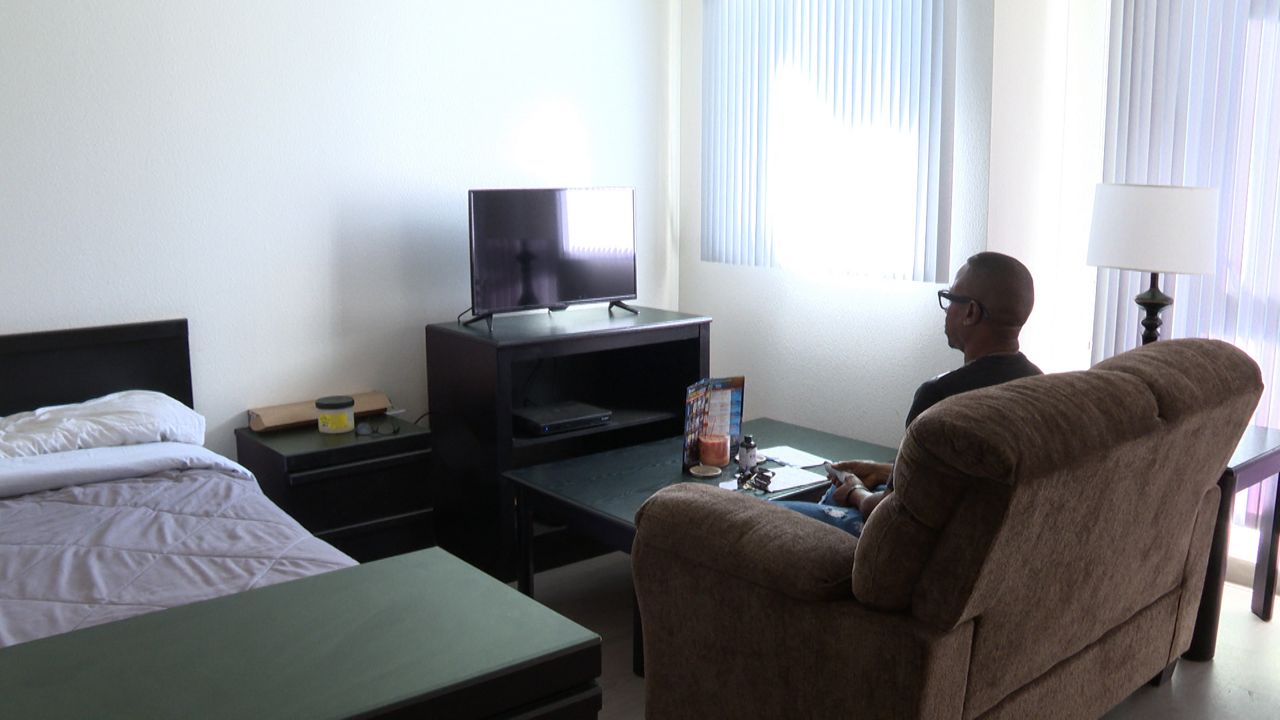 Herman Singletary had been homeless for seven years. He lived on the streets near Leimert Park.

“It got kind of hectic where I was living at and, you know, a little violent. I was, I was evicted out of my house,” said Singletary.

Now, Singletary is getting his first chance to sleep comfortably in his own apartment. Singletary applied and was granted permanent housing in the new 127th and El Segundo Blvd. permanent housing complex. The complex provides housing and supportive services for low-income and chronically homeless individuals and families.

“To have an actual bed? I can really get a good night’s rest,” Singletary said.

Singletary is one of 80 people from the Leimart Park homeless encampment that was given a fresh start. In total, this complex has 160 units for permanent and supportive housing. The change can be hard on some but for Singletary he’s ready to make each day better.

“Herman is somebody who adjusted really well to housing because he has a lot of self-awareness,” said Melissa Vollbrecht, program director for non-profit, The People Concern.

“Depression and generational trauma is what leads people to homelessness. People are getting an opportunity here that they should have encountered way earlier in life,” Vollbrecht said.

The buildings are located in the Harbor Gateway area. The complex cost over $90 million in Measure H funds to build and Second District, LA County Board of Supervisors Mark Ridley-Thomas said it’s only the beginning.

“This is very impressive. It’s one of our best,” Ridley-Thomas said.

In L.A. County, more than 50,000 people do not have a place to call home. That’s a reality Herman knows all too well and is making every effort not to go back.