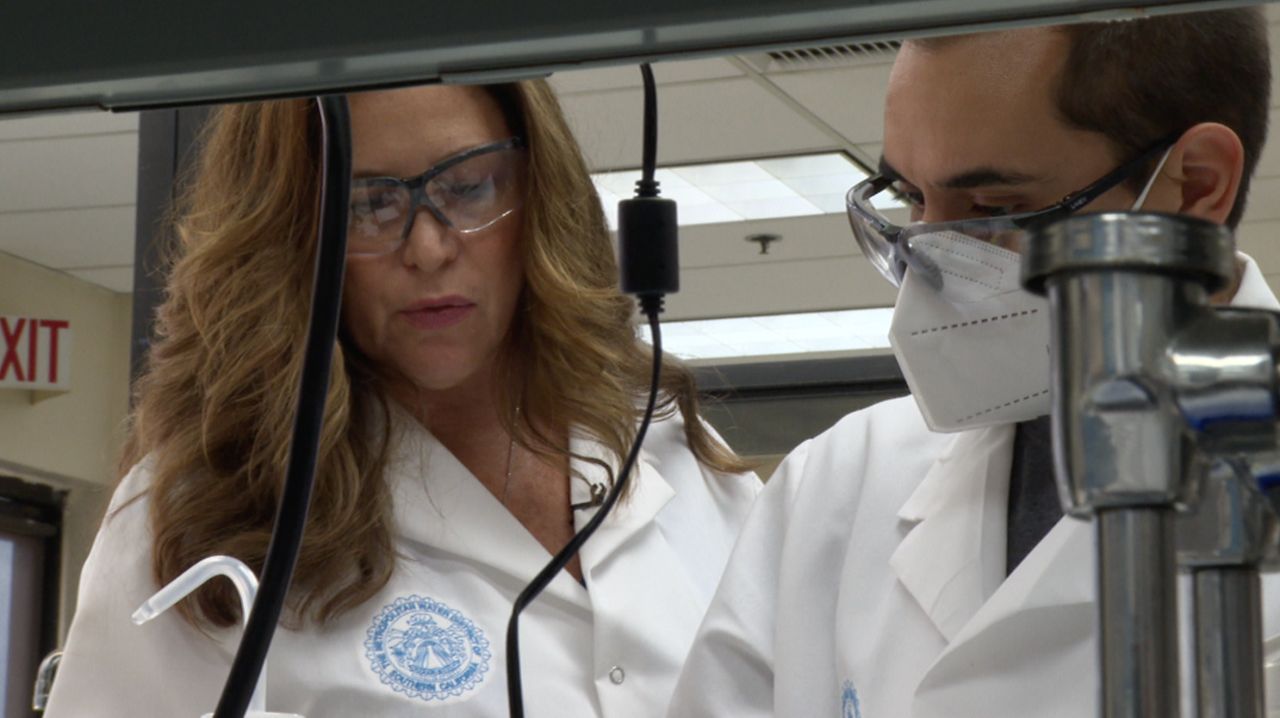 LA VERNE, Calif. — When you turn on the tap for water, are you drinking plastic? California is the first to try to answer that question on a large scale.

Microplastics refer to a diverse suite of contaminants of different shapes, sizes, colors and compositions. Last year, the state was working to find a reliable method to measure these tiny plastic fragments in water. There are multiple ways to do this, but many are expensive and time-consuming. Now they’ve settled on a standard method and scientists statewide are readying to deploy it.

“This work is so important. It is such a rewarding job that, knowing that as a guardian, as the steward of water quality, that we could help advance science,” said Theresa Slifko, the water quality laboratory manager for the Metropolitan Water District of Southern California.

Her team monitors everything from sodium to uranium. Soon they’ll be searching for something new. That’s because California water regulators just approved the world’s first requirements for microplastics testing in drinking water sources.

Plastic is everywhere. Slifko and her colleagues use plastic all the time to do their work. This is why they’ll need things like stainless steel benches, high-quality surface coatings, and a special ventilation system to establish a truly clean laboratory space. They have designated a special room for this task.

“Microplastics may be in the air. It may be in the dust and we want to prevent any type of potential contamination,” said Slifko.

Microplastics are considered an emerging contaminant, still not fully understood. Helping change that is research scientist Scott Coffin. He spoke to the State Water Resources Control Board before they voted unanimously in favor of the testing.

“We’re also working on some key messaging strategies to make sure that we don’t scare people at the same time. That’s absolutely a key goal,” said Coffin during the meeting on Sept. 7.

The fact remains, though, if plastic can form a garbage heap in the middle of the Pacific Ocean, which Capt. Charles Moore has seen and studied firsthand, then there’s a chance it’s invaded our freshwater too.

Proving that point is a literal pain.

“My neck is what gives out on me,” said Moore, while hunched over a microscope.

As the founder of The Moore Institute for Plastic Pollution Research, he’s working with the nonprofit’s executive director Shelly Moore, no relation, to document their intense testing process in hopes of receiving official accreditation by the state.

If we’ve got a plastic problem, they want to be part of the solution.

“We don’t know until we look and I think it’s great that California has been at the forefront of developing the policies to make that happen,” said Shelly Moore.

There are laboratories small and large trying to figure out: is there something harmful in our water? That kind of scary question invigorates Slifko.

“I love my job and these types of challenges that come up are part of what we do. We solve problems,” said Slifko.

There will be several years of testing to determine how widespread microplastics are. The ultimate goal is to set a standard for levels that are safe to drink.