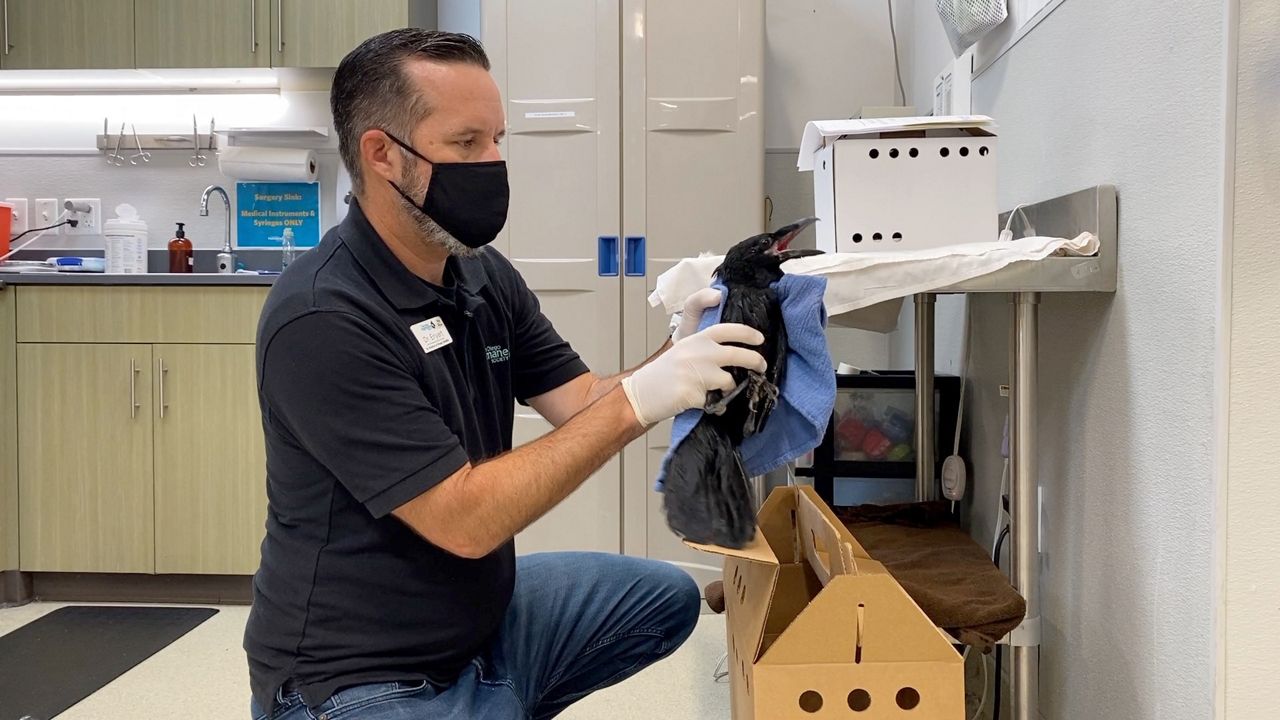 SAN DIEGO — A highly contagious disease first detected in wild birds on the East Coast has reached California, and Southern California animal organizations and rescues are now trying to protect their flocks.

Justin Brackett is the curator of birds for SeaWorld San Diego. He said they are watching for any signs of Highly Pathogenic Avian Influenza.

Avian influenza (also known as “bird flu”) occurs mainly in birds and is highly contagious. It is caused by viruses that occur naturally among wild birds. The highly pathogenic variants are potentially deadly to many species of domestic and wild birds — and sometimes mammals.

Brackett said they are increasing biosecurity measures at SeaWorld to try to protect their birds, such as their beloved flamingos and their iconic penguins. They’re also making preparations in case they need to relocate their flamingos to an enclosed location to prevent contact with wild birds that fly into their outdoor habitat.

“If avian influenza is detected in areas closer to our park, then we’ll have to move these birds into areas that are enclosed. Because you always have things, like the Igrit, that are going to come in and steal food, and there’s really no way to prevent that other than enclosing your exhibit,” Brackett said. “Once we get to a point where we shut down those areas, guests will no longer be able to come back and participate in penguin tours. The birds will still be visible because they’re in a protected and controlled environment, but we’ll no longer have those kind of one-on-one interactions.”

The flu has not been detected in San Diego County but has been spreading across the U.S. The California Department of Fish and Wildlife confirmed the Highly Pathogenic Eurasian H5N1 Avian Influenza had been detected in three wild birds found in Colusa and Glenn counties.

Dr. Jon Enyart is the director of Project Wildlife, a program that is part of the San Diego Humane Society, that helps injured, orphaned and sick wildlife.. The nearest case of avian flu might still be hundreds of miles away, but he’s already implemented strict biosecurity measures at their facility.

“For three months or so, we were just watching it fill up the Midwest and then creep toward the Rockies,” Enyart said. “It’s extremely devastating to these birds, and it’s really sad.”

Enyart said Project Wildlife takes in about 14,000 wild animals a year and close to 70% are birds.

“We get goosebumps and think, ‘OK, what’s going to happen here? How do we handle this?’ But that’s what the biosecurity protocols are for, that’s why we work so hard right now,” Enyart said. “It’s not here yet, but we are diligently trying to get things in place for when it does show up, so we’re prepared. This is a very long drill that we’re doing right now.”

Enyart encourages everyone to keep watch for any wild birds exhibiting flu-like symptoms so they can stay ahead of the sickness.

“Just having people out there being sentinels for us and being just able to look out and say, ‘Hey, I saw this duck at Lake Murray, it looked funny,’ and telling someone about it,” Enyart said. “My hope is just that our preparation is going to pay off and that we can keep it out of our building.”

Brackett believes it’s a matter of “when” the avian influenza reaches San Diego. He urges guests who visit SeaWorld to avoid wearing any shoes or clothing that have been worn around other fowl, like backyard chickens or other pet birds.

“We have to strike a balance between the safety concerns related to avian influenza and keeping our birds in a housing area that they’re familiar and comfortable,” Brackett said.

Sightings of sick and dead wild birds may be reported to the California Department of Fish and Wildlife through an online form.

Do not handle sick or dead wildlife. If it is necessary to do so, it’s recommended to wear impermeable gloves, use an inverted plastic bag, or a shovel or other implement. Afterwards, wash hands thoroughly with soap and water and change clothes before having contact with domestic or pet birds.