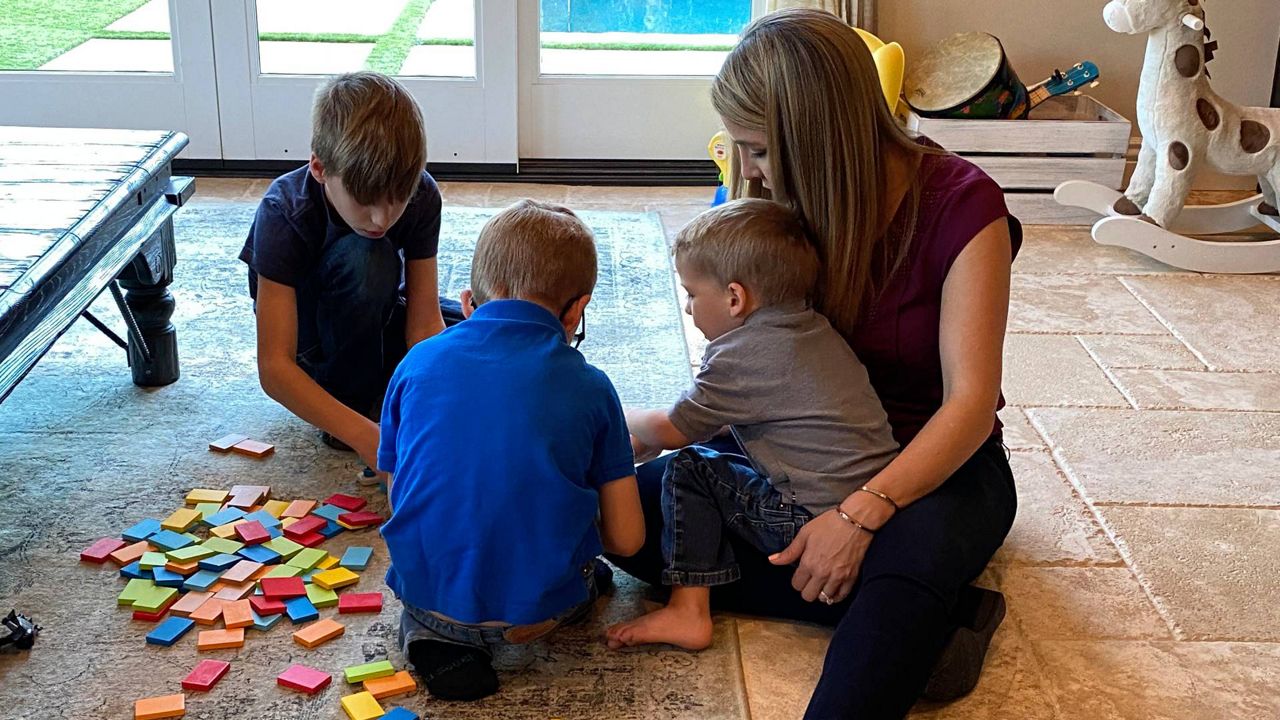 Saliva helped save a Fullerton mom of 3's life

FULLERTON, Calif. — Genetic screening counselors will tell you saliva has the ability to reveal so much about your risk for cancer.

It did for one family in Fullerton.


The genetic screening test done at Providence St. Jude Medical Center in Fullerton took Michelle Jackson just a few minutes and a little bit of saliva. She had learned she qualified for the genetic test after taking an online based, artificial intelligence-powered questionnaire.

Jackson had gone in for her annual mammogram in early 2021.

"Everything came back negative, so everything looked good," she said. "But they offered a genetic screening."

Jackson admitted that at the time, she wasn’t going to do it because her mom had done a genetic test for breast cancer years ago and was negative. Since that time, though, genetic counselors say so many new genes have been discovered linked to cancer risks. Jackson says her husband convinced her to do the genetic test, that it didn’t take much time and was really easy.

Jackson got information that would change her life forever: She had a gene mutation associated with a higher risk of breast cancer as well as other cancers. The hospital recommended Jackson follow up with a breast MRI.

"And that’s when it went from high risk to reality," she said. "I did get a biopsy, and I did have breast cancer."

“My options were lumpectomy and radiation, and then continue to screen annually.”

Even with the treatments, Jackson would continue to be high risk for breast cancer. And as a mom of three boys, the treatments didn’t seem like a good enough option. For Jackson, being a mom is a dream come true.

“I love being a mother, one of the most important things to me,” she said while holding back tears.

Jackson added that she would do anything for her boys, including a major medical procedure. She decided to get a double mastectomy in May 2021. She says the procedure would reduce her risk of getting breast cancer significantly.

And most importantly for Jackson, it would help ensure she would be "around for my boys, for as long as possible."


Sandra Brown, the hospital’s regional manager of genetic medicine, says the genetic test Jackson did last year, by spitting into a small vial, tests for 90 genes associated with certain cancers including breast cancer. She says risk is “invisible” and through genetic test.

"If we can make risk more visible, and we can quantify it, and we can advise and provide risk reduction, then we’re really moving towards cancer reduction," said Brown.

Brown noted that a little saliva can reveal so much and that the genetic screening is "miraculous" and "amazing."

The screening provided Jackson some peace of mind.

"While the information might be scary, it’s so empowering," she said.

And in this case, Jackson says, the information provided by just a little bit of saliva helped save her life.