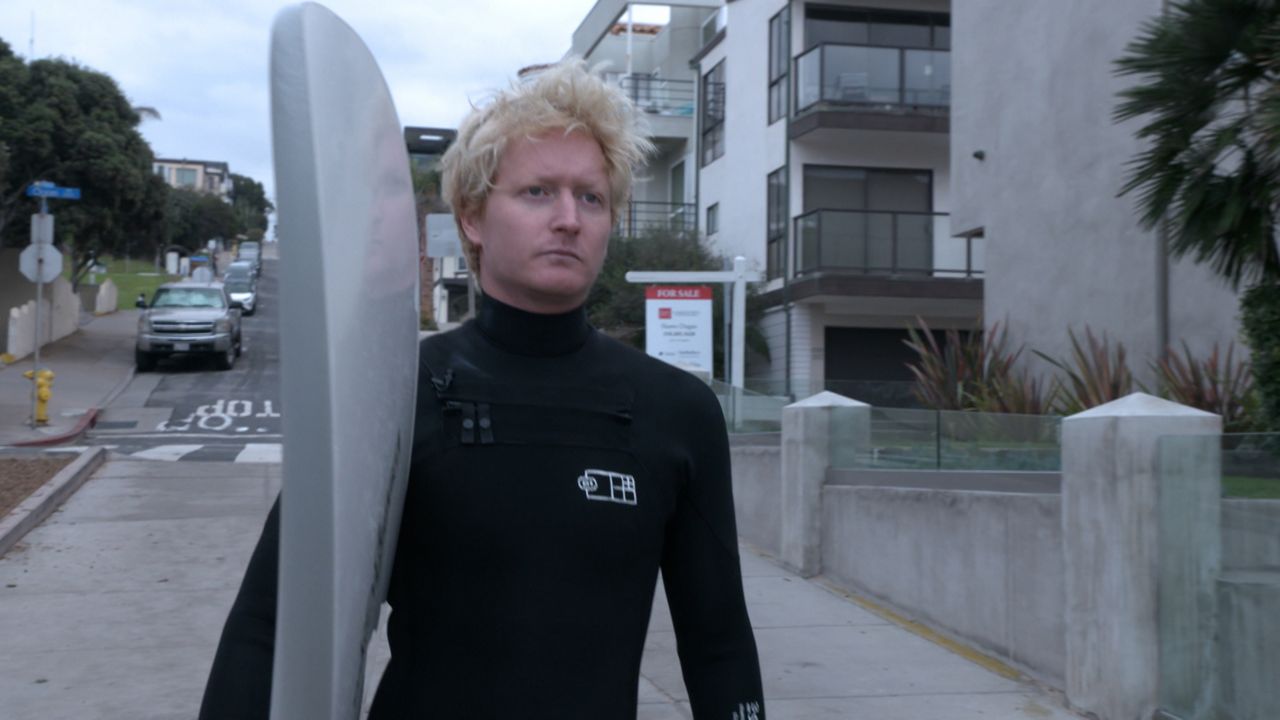 Surfing concussions convince some surfers to use helmets, others opt out

MANHATTAN BEACH, Calif. — Concussions can happen in nearly any sport, such as football. But another sport that's popular in Southern California is also seeing concussions more frequently: surfing. The few recent studies to look at concussions in surfing have found the number of brain injuries among surfers has increased during the past two decades.

Sports medicine doctors have also said they have seen an increase in surfing concussions.

It happened to local South Bay surfer Tyler Garfield in November 2021. The surfer said the water was shallow, one or two feet, and he got a barrel. The barrel is the hollow part of a breaking wave where there is a gap between the face of the wave and the lip of the wave as it curls over.

Garfield said getting a barrel is his favorite thing to do.

"It's the greatest feeling you could ever possibly imagine," he said.

He was inside the barrel, then Garfield said his surfboard fin nipped the sand, and he flew headfirst off his surfboard. It happened so quickly he didn't have time to put his arms in front of his face to try to protect his head.

“I hit the ground. It felt like hitting cement. It was pretty much the most violent experience I’ve ever had in my life,” he said.

He heard cracking in his neck.

"I lost feeling in my legs for about five seconds," he said.

He went to the emergency room bruised and scared.

"Thankfully nothing was broken. But [I] walked away with a pretty bad concussion," he added.

A web-based survey sent to surf clubs and associations throughout the U.S. found a third of 50 participants had gotten a concussion. The survey was published in the Hawaii Journal of Medicine and Public Health in May 2015.

Dr. David Kruse from Hoag Orthopedic Institute said there are a few possible reasons for the increase in brain injuries in surfing.

"There are a few possible reasons for the increase in brain injuries noted in the sport of surfing. One factor is the introduction and now routine nature of aerial surfing," Kruse said. "This style of surfing involves the launching of a surfboard off the lip of a wave, performing a maneuver in the air, and then landing with the board back on the face of the wave."

"This extreme level of surfing is associated with an increase in exposure to injury, including head injuries."

Some surfers say the increased popularity of the sport and crowded lineups may also be contributing to more brain injuries.

Garfield's concussion kept him out of the water for about a month. But even after going through what he did, Garfield said he doesn't plan on adding head protection to his surf gear.

"I've been surfing here for 20 plus years and that's the only time that's happened to me. Knock on wood completely," he said.

He said he doesn't feel he needs a helmet since it was a one-time accident. Plus, he said a helmet would throw off his equilibrium and not be good for his claustrophobia.

"I think a helmet would be too distracting for me," Garfield said.

It was December of 2019 at Pipeline in Oahu. The teenager said he didn't remember the details.

"I've heard that I fell and then I was kind of unconscious floating in the water. And a boogie boarder paddled over and grabbed me," he said.

After that accident, Rodgers started a new surfing routine, wearing a helmet when there's a reef break or somewhere with the potential for more dangerous conditions. Rodgers has become a surfing helmet advocate in the water and has helped inspire many surfers to wear one.

He said surfing with a helmet does take some getting used to, but, "It's really nice to have it so you don't get hurt in the water and you don't get knocked out."

For now, Garfield said helmets aren't for him even after getting a concussion.

"Really, really hoping it doesn't happen again," he said. "But if it does, I may just consider it."

For now, Garfield said, he'll be more cautious and maybe hold off on doing the headstands he's known for doing while surfing.