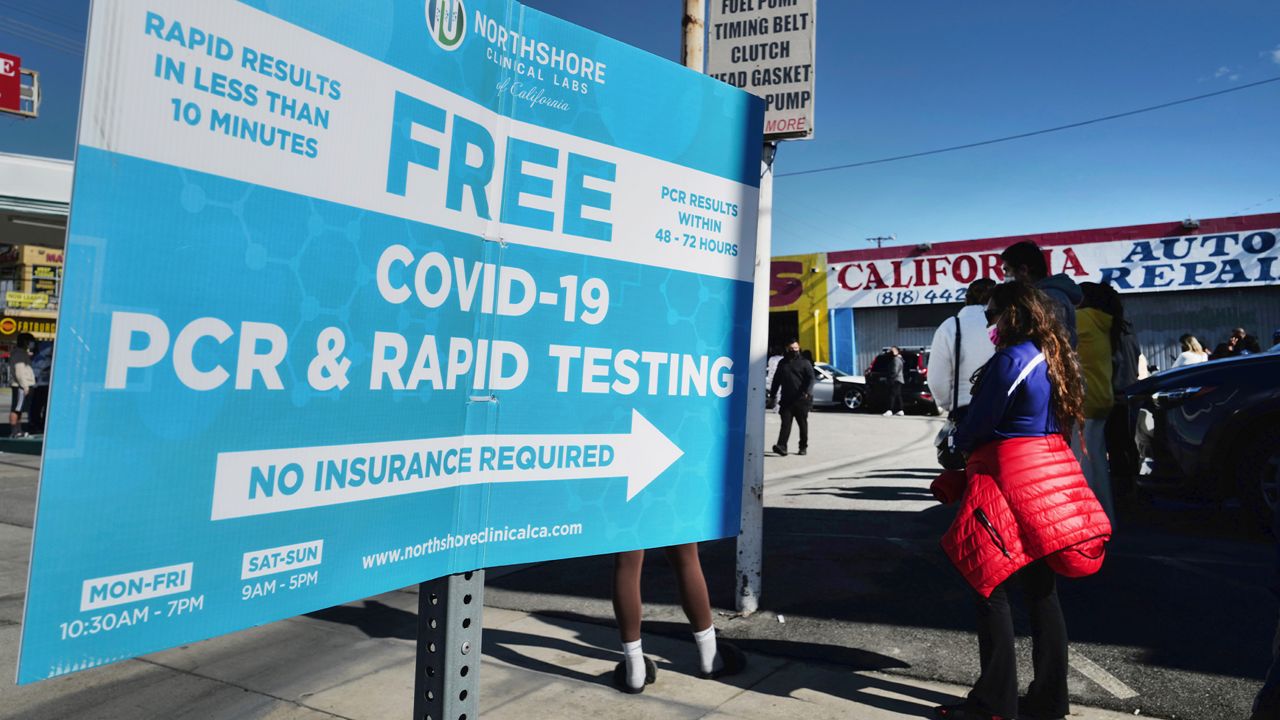 People line up for a free COVID-19 rapid test at a gas station in the Reseda section of Los Angeles on Sunday, Dec. 26, 2021, as California braces for a post-holiday virus surge. (AP Photo/Richard Vogel)

EDITOR'S NOTE: Multimedia journalist Catalina Villegas spoke with a local resident waiting to get tested and the COO of 911 COVID Testing in Brentwood. Click the arrow above to watch the video.

LOS ANGELES — A local COVID-19 testing company announced Wednesday it had identified what it believes is the first local case of "flurona," meaning a person who tested positive for both coronavirus and the flu.

According to 911 COVID Testing, the case was found at a testing site near the Getty Center in Brentwood. The patient was only described as a teenager. Officials with 911 COVID Testing said the teen was showing symptoms, but did not require hospitalization and went home with parents.

The teen and his family — a family of five — had just returned from a vacation in Cabo San Lucas, according to the testing company.

Company CEO Steve Farzam told reporters the teen's mother tested positive for COVID, but not for the flu.

He said the testing site has seen some patients returning repeatedly because they were persistently sick, but kept testing negative for COVID. So the company began conducting COVID and flu tests simultaneously, since the illnesses can have very similar symptoms.

Health officials have long said that people could potentially be infected with both COVID and the flu, and they have urged residents to get vaccinated against both.