SANTA MONICA, Calif. — Perhaps no place on Earth is more synonymous with spa culture than Southern California. Whether it’s massages, body scrubs or skincare, most spas focus on physical pampering with relaxation as the main benefit.

But IntoMeSea in Santa Monica adds personal growth into the mix, providing services that are more than skin deep.

Walk into the open and airy space on Lincoln Boulevard, and there are floatation chambers, crystal soaking tubs, a salt room and energy and light therapies.

“Especially with COVID, we’re having a conscious awakening that what we were doing before wasn’t necessarily serving us in the way we need to take care of ourselves,” said Jennifer Williams, a former massage therapist who opened IntoMeSea in early November. “Self care is really at the forefront of people’s minds.” 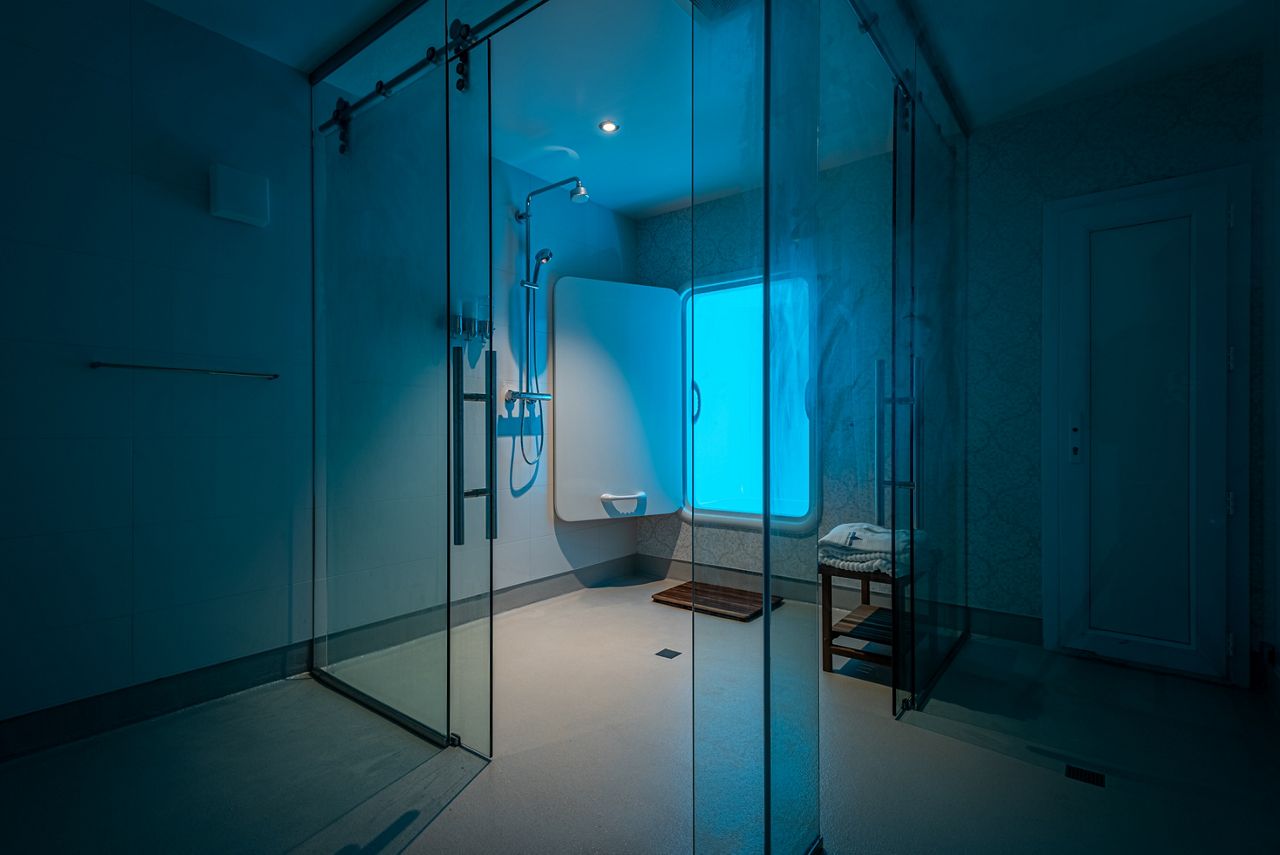 IntoMeSea offers seven types of services: floating in a floatation chamber, soaking in a crystal tub, basking in Lucia light therapy, listening to a Pyradigm physio acoustic machine, breathing in a salt booth, sweating in an infrared sauna and taking breathwork meditation, Qigong and other classes.

Prices range from $77 for a 90-minute single floatation meditation to $99 for a 60-minute soak in the galactic crystal intention tub to $77 for a 45-minute Lucia light travel session. 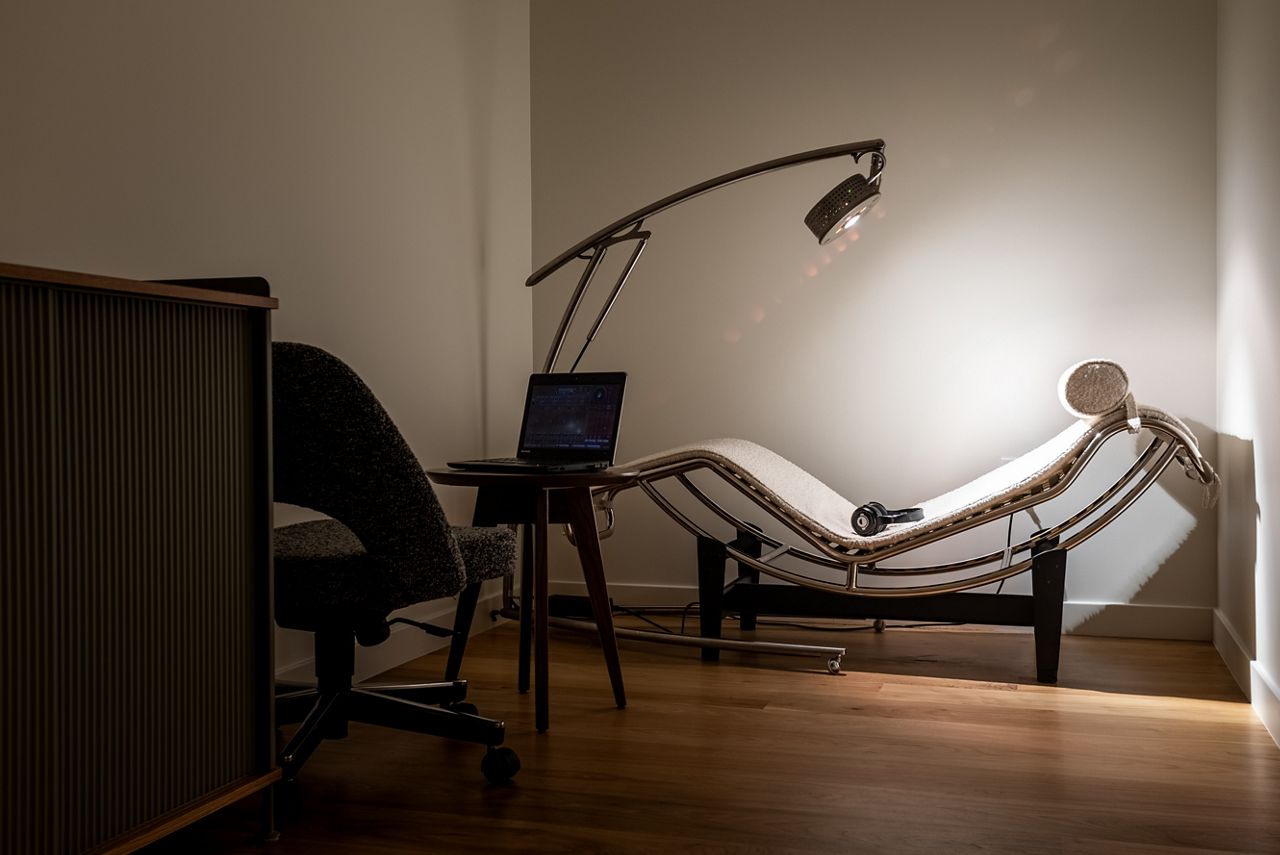 Much of the focus of IntoMeSea’s services are on energy healing and chakra alignment. Chakras are an ancient Indo-European system of energy points in the body that are believed to affect physical and emotional well-being. 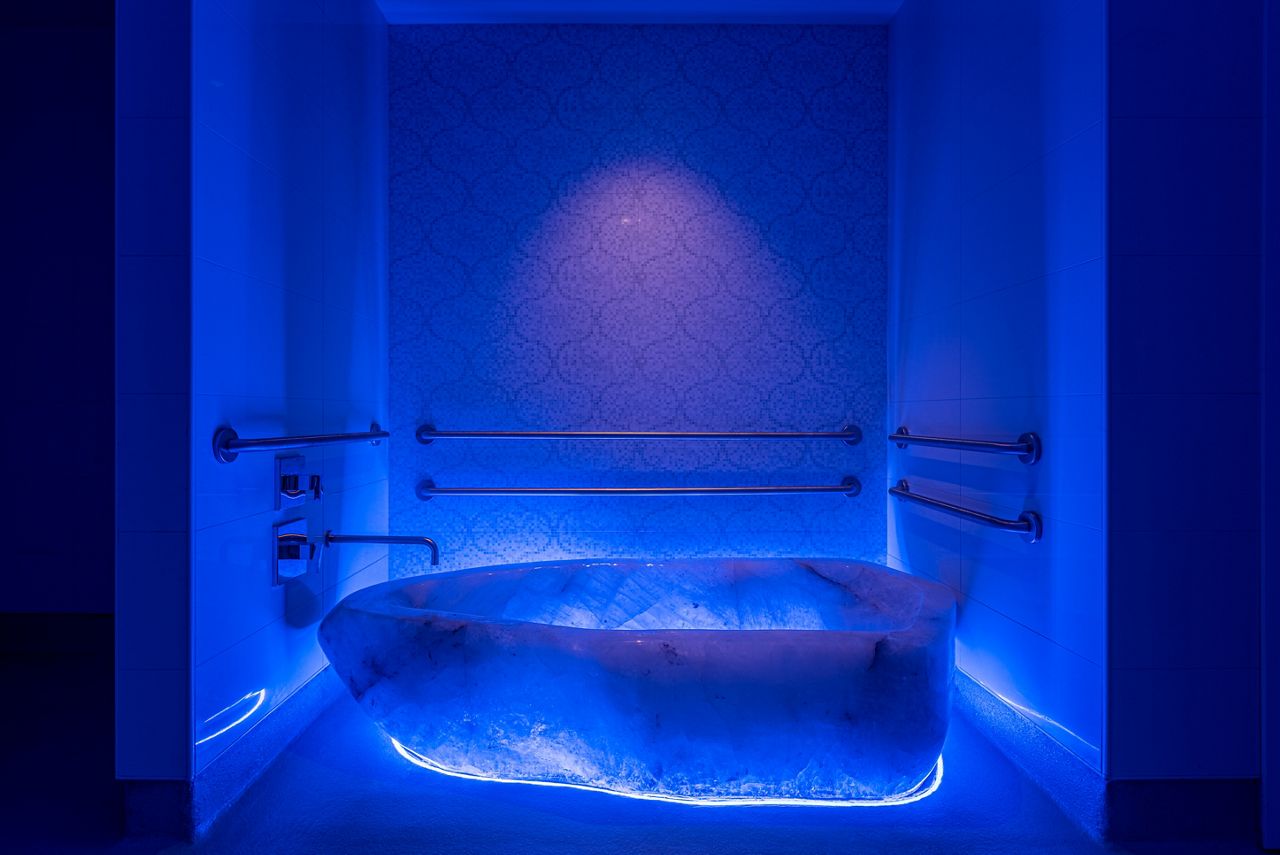 That’s why there are two types of crystal tubs for soaking at IntoMeSea. While both tubs are carved out of 4,000-pound blocks of crystal imported from Brazil, one is situated level with the floor and is intended to heal the higher chakras in the body, corresponding to the heart, throat and third eye.

The other is set into the floor, to heal the lower chakras, focused on the root, sacral and solar plexus. While guests are soaking, they can meditate on an intention while listening to different sounds, ranging from shamanistic drumming to chimes.

As the name implies, the ocean has influenced the space — not only with services that incorporate salt and water but in ancillary products that include candles, fragrances, jewelry cast from fossilized shark’s teeth and animal sprays that are formulated to channel the vibrational energy of dolphins, seals, sharks, whales and other sea creatures to help heal an individual’s corresponding chakra. 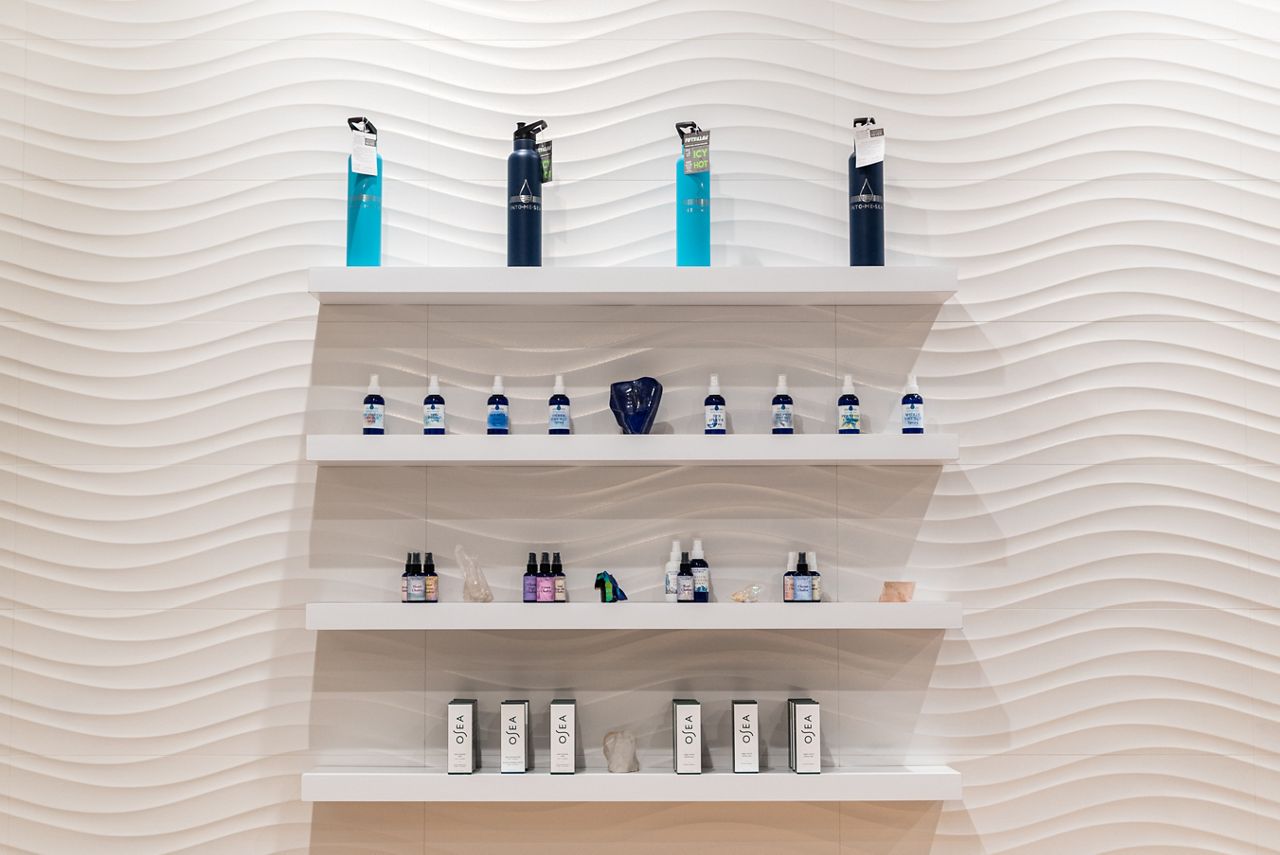 Each of IntoMeSea’s three flotation tanks includes 1,200 pounds of Epsom salt in the water, which not only makes it thick enough for individuals to float but is believed to help with muscle recovery.

A different kind of salt is used in the halotherapy booth, which projects pharmaceutical-grade sodium chloride that is inhaled to help balance out the microbiome of the lungs.

“People float to be able to connect with the parts of them that need to heal,” said Williams, who experienced floatation for the first time after hearing about it from podcaster Joe Rogan and was immediately hooked. “There’s people who float to dissolve their depression or anxiety or to address addiction or even people who have become body conscious. When you float, you’re just in there with yourself and people have really profound experiences.” 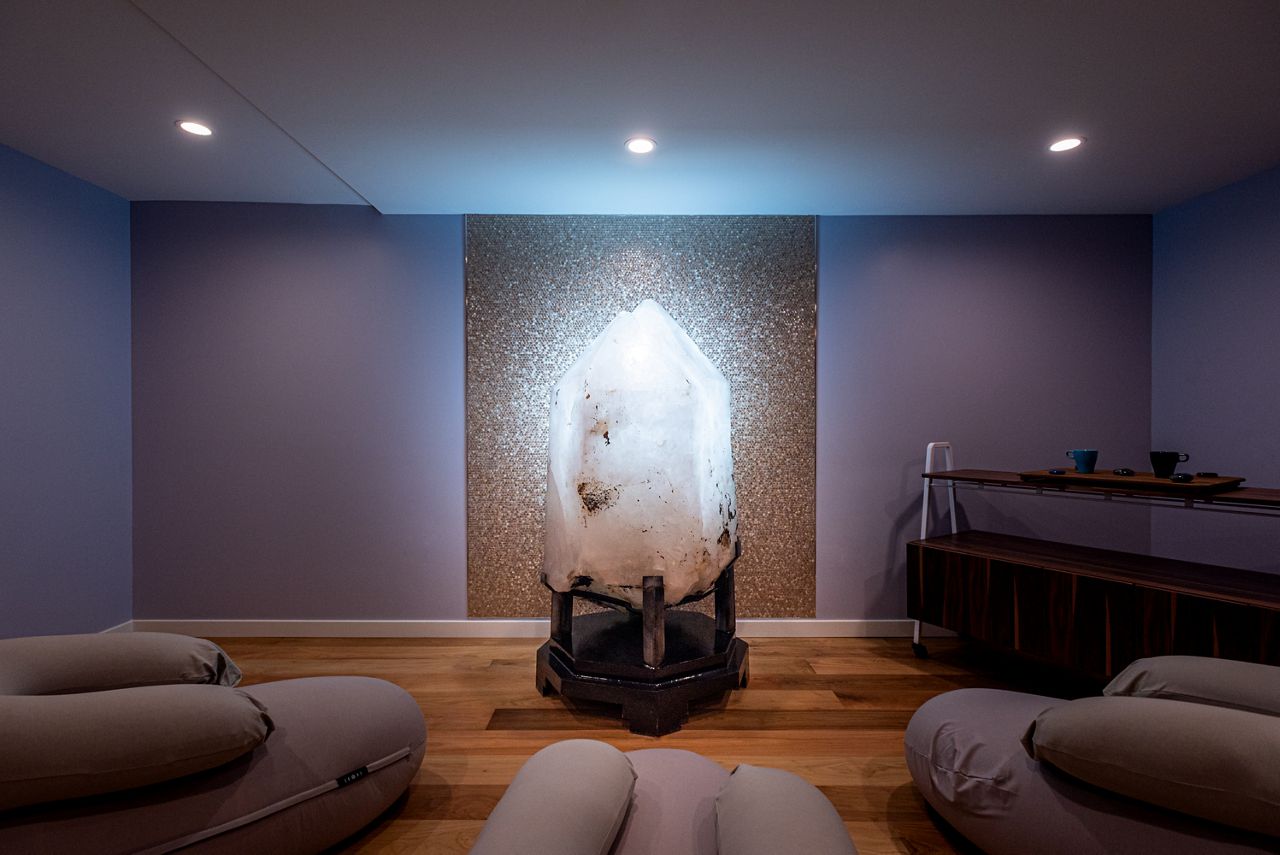 Being a new concept for a spa, IntoMeSea lets clients learn more about their treatments with videos that explain what they are about to experience. Guests can also borrow Oculus goggles for a virtual, and visual, immersive meditation between treatments in a lounge that has a 3,500-pound crystal at its center. 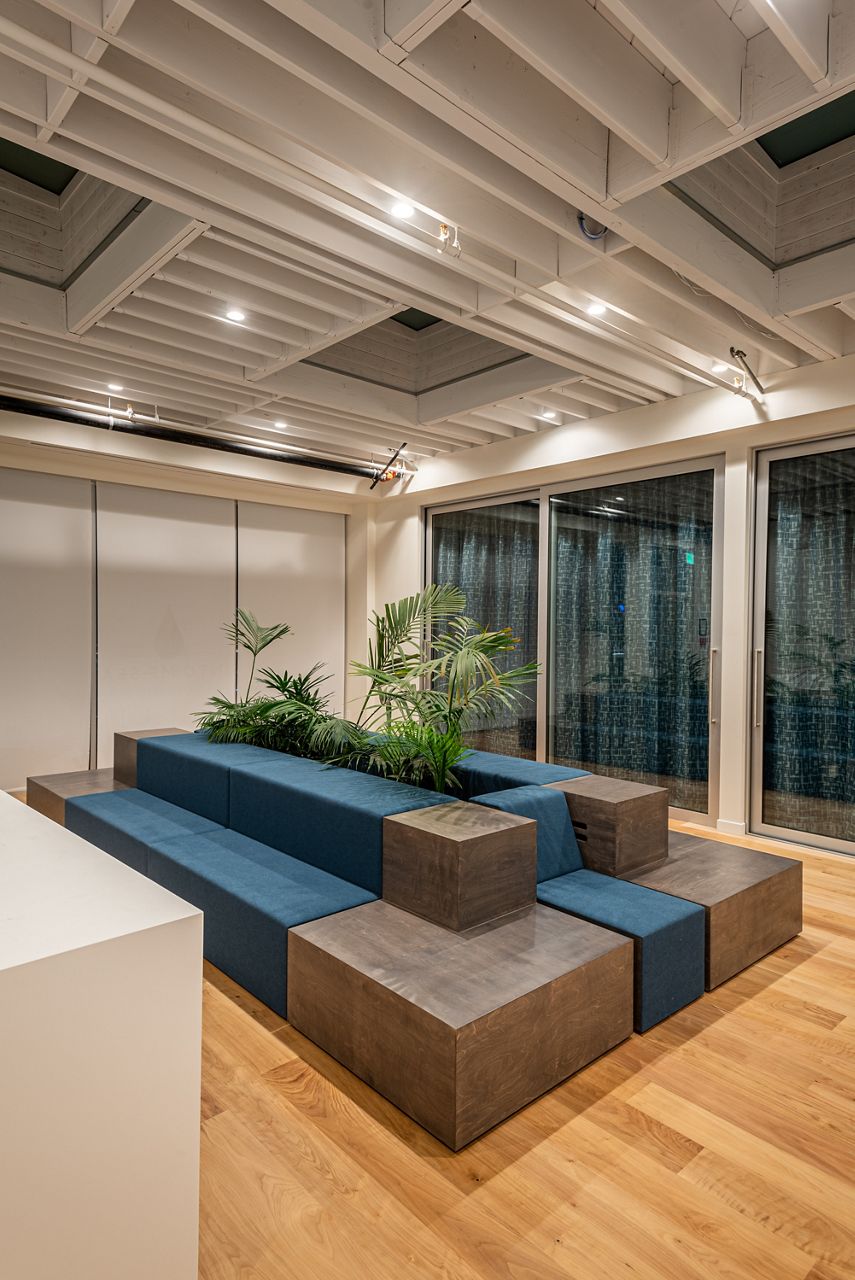 Williams' vision for IntoMeSea is to introduce healing modalities paired with bio-hacking technologies to establish a place to heal while causing no harm to the planet. In line with that idea, the 5,500-square-foot space was designed by environmental architect David Hertz, who leveraged the Earth’s natural energies.

The space is powered with solar panels for electricity, thermal panels to heat the water in the crystal tubs, floatation tanks and showers, and a machine called a Skywater that pulls moisture from the atmosphere, generating up to 300 gallons of water for the spa per day.

IntoMeSea was funded with private investors who believed in the concept, the names of whom Williams declined to share, but Gwyneth Paltrow’s Goop comes to mind. Like the actor’s health and wellness brand, which focuses on beauty, intention and personal evolution, IntoMeSea is also about natural self-improvement. 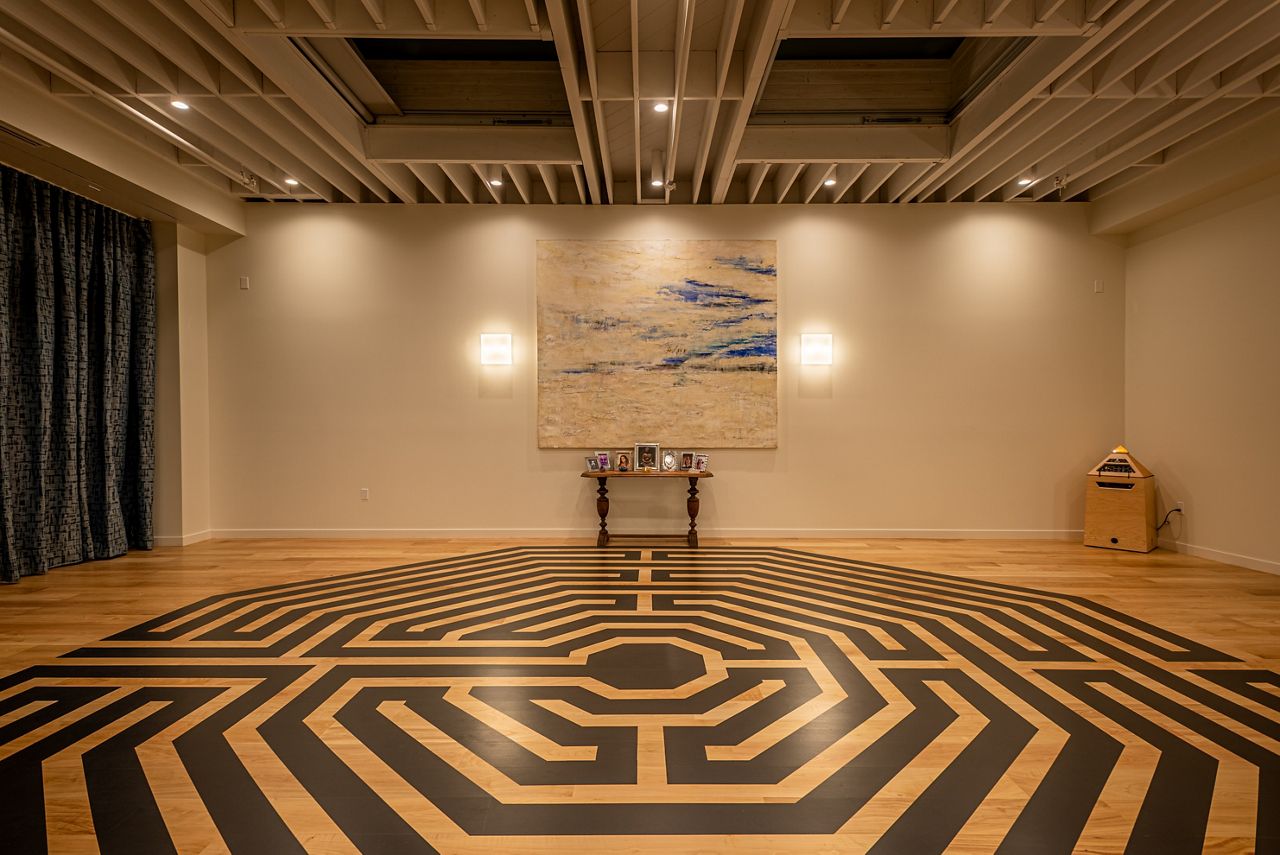 Williams is originally from San Diego, where she first fell in love with the ocean. IntoMeSea, she said, is a play on the word intimacy.

EDITOR'S NOTE: A previous version of this story contained a quote that, while transcribed correctly, had inaccurate information. At the request of the subject, the sentence has been removed. (Nov. 16, 2021)