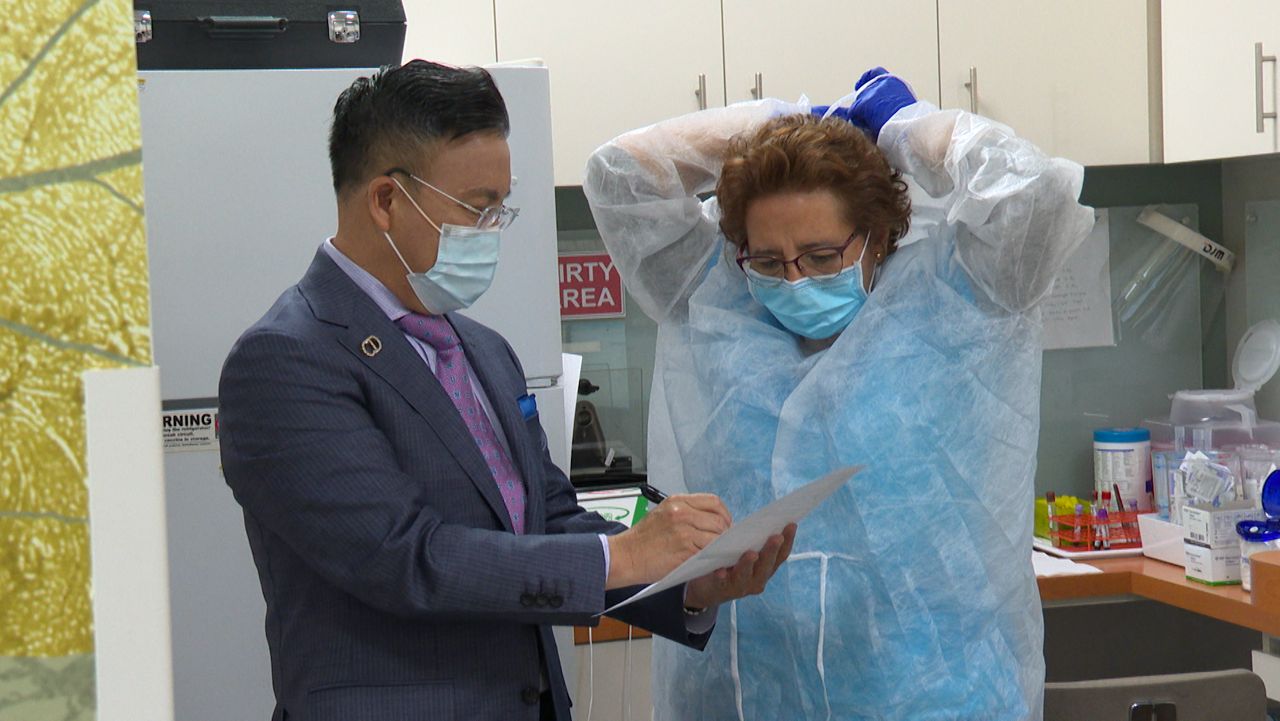 GARDEN GROVE, Calif. — Before the pandemic, Dr. Dean Ngo spent most of his 25-year career going from hospitals to his private practice focusing on his patients. That all changed when the coronavirus spread.

Now, he considers everyone his patient.

"I'm worried for them every day," Ngo said.

Ngo is well known among Orange County's Vietnamese community as Bác Sĩ Ngô Bá Định, which translates to "Doctor" and his Vietnamese name. Between his rounds at the hospital and appointments at his Garden Grove medical office, he's become a trusted source in Vietnamese media because of his background and ability to translate English-language COVID-19 guidelines and restrictions.

"A lot of Vietnamese residents or even after they become naturalized citizens, most of them live in a community of high-density of Vietnamese, so wherever they go like a coffee shop, restaurant, shopping, they all speak in Vietnamese," he said.

According to the county's public health agency, Asian and Pacific Islanders make up about 22% of its population, but only 15% are fully vaccinated.

Ngo says people in the community are falling for misinformation by believing fake news about the vaccine to be true. One of the news outlets Ngo regularly appears on is Little Saigon TV. The 31-year-old broadcasting company's morning newscast attracts viewers locally and across the country.

Theresa Mai Wright is one of the leaders there.

"For him to deliver the message, people have more trust in what's going on with the pandemic," said Mai Wright, vice president of media sales and marketing at Little Saigon TV.

Wright says Little Saigon TV has a tremendous responsibility to be there for its community.

"This is real. This is something very important. There are certain information that they need to take in to protect themselves and their safety," Wright said.

Despite wanting to protect the community, Ngo has received negative comments from viewers. But he will not be dissuaded.

His outreach to the community appears to be working. Ngo's patient list has grown with people who consider him a trusted news source.