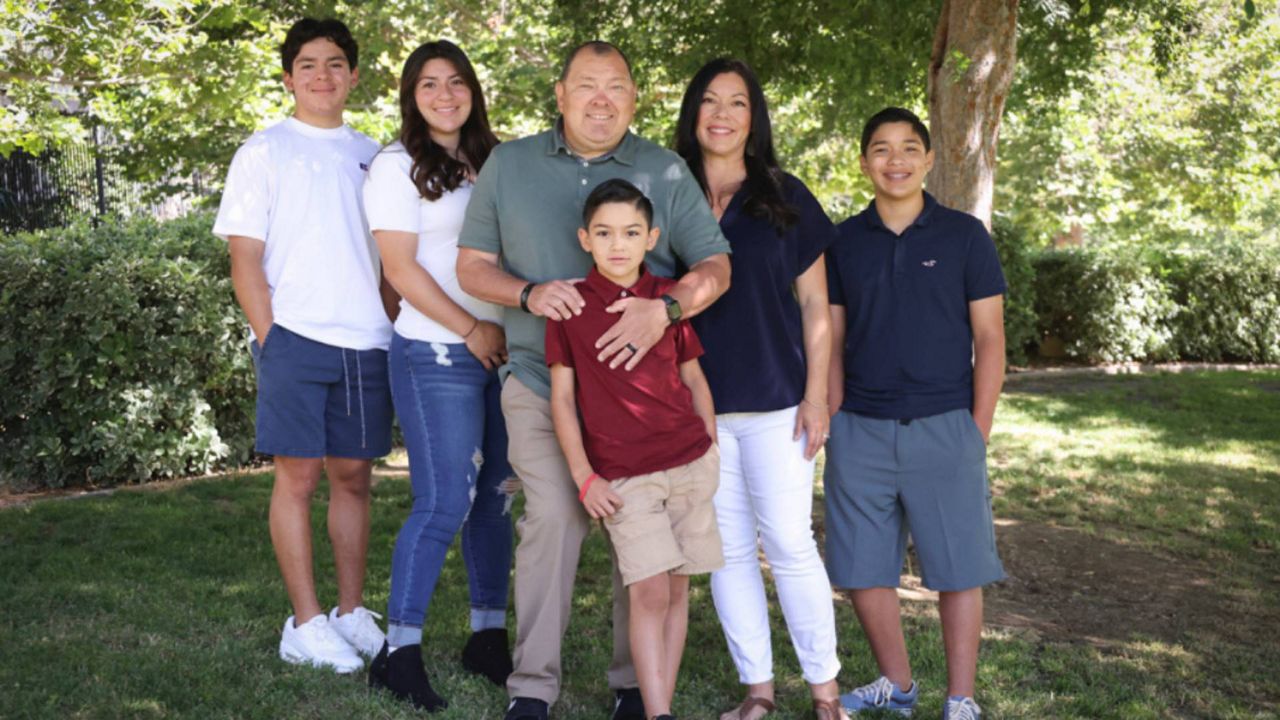 Sean Ramos poses with his family.

ORANGE, Calif. — When fighting cancer, patients say there are many ups and downs.

A man in Riverside with an aggressive form of blood cancer had gone through a couple treatments, but the cancer kept coming back. It was thanks to a procedure that is not readily available everywhere that helped save his life.


Sean Ramos has gotten used to hospital visits and blood transfusions. Going to UCI Health's cancer center every other week to do blood transfusions since the fall of last year has become routine for him. He jokingly said he could almost do the procedure himself.

"I can do everything except draw the blood," he said.

Ramos' regular hospital visits began after a visit to the emergency room in April 2018. Ramos said he thought he had some sort of stomach bug. He said he had gastrointestinal issues and headaches, while feeling rundown.

The doctors ran some tests and it turned out, Ramos had lymphoma.

“Your world just comes to a stop at the time," he said.

Ramos started thinking about his four kids and wife Rebecca. He vowed to fight for his life.

"Those kids and my wife have been lightning rods in my fight throughout this process," he said.

Ramos went through aggressive chemo and several other treatments, but the cancer came back.

"You kind of wonder what the future holds," he said. "But with my family, failure is not an option."

With his wife and oncologist, Ramos looked for option and turned to UCI Health, which is the only place in Orange County where adults can get a stem cell transplant.

He added that the procedure is typically only used in high risk patients, and sometimes as a last resort.

“I told Sean at that time, we can still cure your disease despite two failed procedures," said Ciurea.

Ciurea noted that in the simplest terms, stem cells sort of reset our immune system. He has seen the treatment cure even advanced diseases.

"This is our goal, to get patients back to living a life fully," he said.

They set a date for procedure in October 2020. Recovery can take weeks in the hospital, but Ramos had one wish: to get home in time for his wife’s birthday.


The stem cells that helped save Sean's life came from his sister, and the transplant went great.

On Nov. 15, 2020, Rebecca received the best birthday gift ever: Her husband made it home to watch her blow out 29 candles again.

“There are no words to explain how much I love him and how happy I am that he’s doing well," she said while wiping away tears.

Ramos said he is here to stay to celebrate every one of his wife’s 29-year-old birthdays and “watch my kids grow up, watch my daughter get married and get old with my wife. That’s my goal."