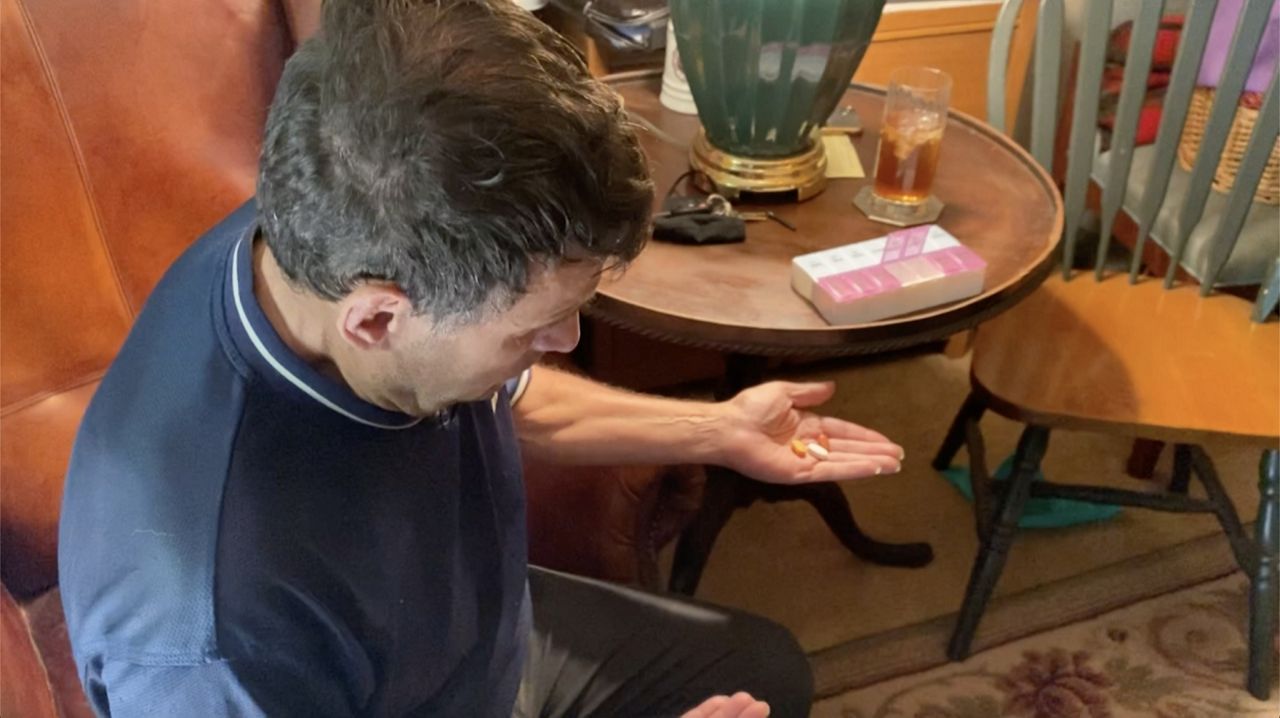 Robert Amore has been living with HIV for years.

LOS ANGELES — It’s been 40 years since the first cases of AIDS were reported, and since then, HIV has become the most researched disease in the world.

Over the decades there's been continuous progression with treatment and one day soon, HIV patients like Robert Amore may not need to take antiretroviral therapy to manage the viral load in their body.

For over 30 years, Amore has been on antiretroviral therapy to treat his HIV.

He contracted the virus in his early 20s, when he was a young theatre kid, living his dream in New York City before his life changed forever.

“I was drugged and raped,” Amore said.

At the time, the AIDS epidemic was at its peak, treatments were still developing and Amore believed he was going to die.

“Doctors told me I had 6 months to live," Amore said.

Thanks to HIV research producing reliable treatments, Amore has managed to live a healthy life while taking his meds.

Dr. Scott Kitchen, professor of medicine at the David Geffen School of Medicine at UCLA, has spent most of his career in labs researching HIV. Now, his team of researchers at UCLA are working on a cure for HIV so that patients will no longer have to take medication every day.

“Every HIV infected person that I know wants to be fully cured of HIV,” Dr. Kitchen said.

In a freezer in his UCLA lab are samples of the HIV virus used to study the effects of gene therapy.

The way it works, the treatment would engraft stem cells in the patient, then over three to four months the cells should mature and hopefully eradicate the virus from the body.

Dr. Kitchen says they’re waiting on FDA approval before heading into trial testing which could take at least five years.

“We’re looking for volunteers who are fully suppressed and then what we’ll do is treat them and ween them off of antiretroviral medication in hopes that one day they never have to take another pill for HIV again,” Dr. Kitchen said.

For Amore, the possibility of one day living HIV-free sounds more promising than ever before.

But he can’t help but think about the people who lost their battle with this disease early on, saying, “There’s kind of a survivors guilt. It’s hard.”