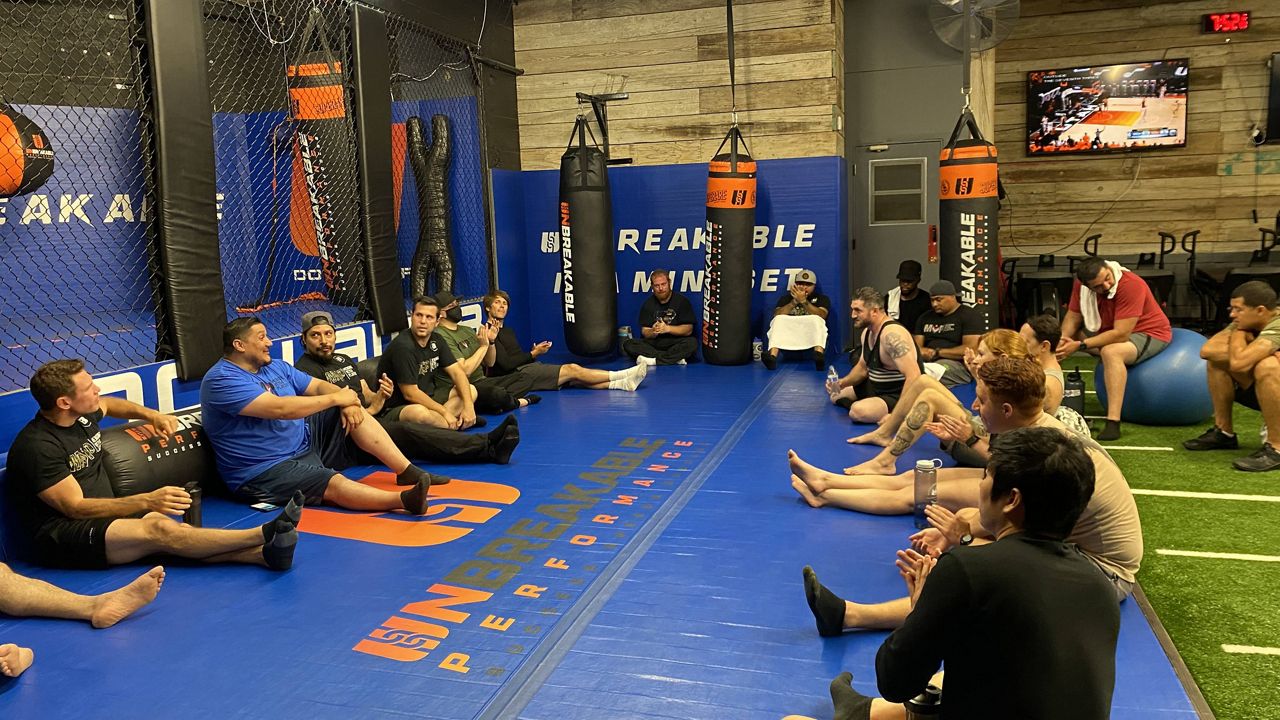 WEST HOLLYWOOD, Calif. — Every Wednesday night, a group of combat veterans and former professional athletes come together for a workout.

It is called Merging Vets and Players, and for Greg Gregorian, who served in the Army in the 101st Airborne Division, this is the highlight of his week.


“It’s a really great group of people, and it will really help you find that camaraderie and that new group of friends, you know, if you want to share your military experience," said Gregorian.

The military runs deep in Greg’s family going as far back as the Revolutionary War. He graduated from West Point and served in Afghanistan. His deployment was a life-changing experience. He made tight bonds with his peers, but the high-stress environment made him hyper-vigilant.

“You have no idea if and when you may be attacked, just that constant stress level is very difficult to deal with,” he said.

While the transition home was tough, it was even tougher to transition to civilian life.

After only serving three-and-a-half years, he was medically discharged because of an injury, leaving him devastated.

“Because I didn’t want to leave, I always feel I had all this training, I had all this experience, and I felt like my time in the military was cut short,” said Gregorian.

Merging Vets and Players was co-founded by Nate Boyer five years ago. Boyer is both an Army veteran and a former NFL player.

The non-profit helps men women and men who are struggling to transition back into society when the uniform comes off.

Every session starts with a workout and then “The Huddle” for peer-to-peer support.

“The most important thing is to be willing to talk about it, and be open about it and be honest about it. If you do that, that does a lot for yourself already. But then you’ve got this group of people that have been through something similar," said Boyer.

Since its start, MVP has grown to six cities with more than 1,500 members. It is free to all combat veterans and former professional athletes.

“It helps us become part of who we were, but then this totally reimagined, better version of the person that we’ve always wanted to be," said Boyer.

Gregorian said he credits his own transformation from being around people who understand his story and benefiting from a safe space to share it.

“The story these guys tell in the huddle, you know are really vulnerable, really personal stuff, some only tell the stories in this huddle and they never tell anyone else," said Gregorian. "It’s prevented a lot of suicides."