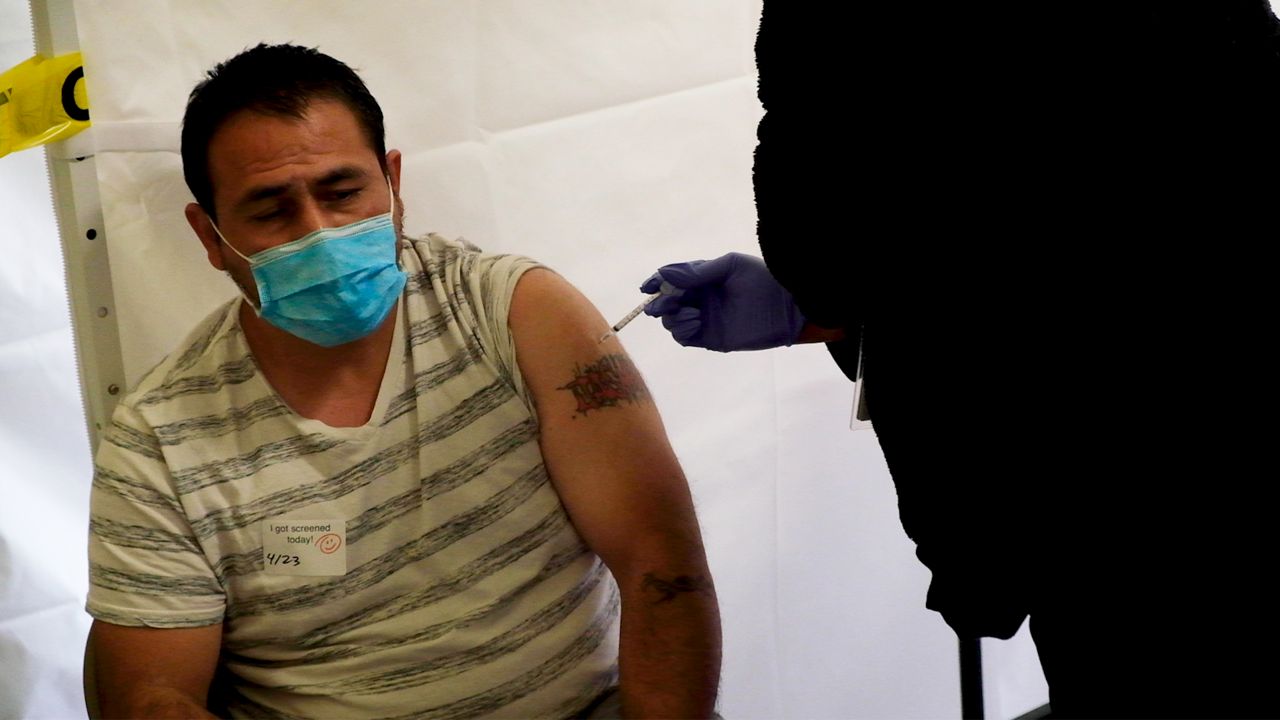 LOS ANGELES — On the heels of the announcement that the UC and Cal State school systems will be requiring students and staff to vaccinate, efforts continue to make vaccination more accessible.

LAUSD partnered with St. John's to bring vaccination clinics to the community, including those who might be college bound.

On the eve of Abraham Lincoln High School reopening for in-person classes, the location hosted a vaccination clinic for both appointments and walk-ins.

Chief operating officer Ernesto Barahona has been working for St. John's for 25 years and is happy to be working with LAUSD to now offer the Pfizer vaccine to anyone over 16-years-old.

“The youth was, yes, the last population that was identified to be ready for this vaccine,” said Barahona. “And so, now with school opening, our hope and our goal is that now that 16 years and older can take it, that we really focus on that population which will impact the concerns their parents have that their kids are safe.”

This comes at a time when the UC and Cal State school systems will now require vaccinations for anyone returning to campus.

“Life needs to go on. Schools need to reopen, and people need to be reassured,” Barahona said.

Kelly is a 17-year-old high school senior bound for UC San Diego who came in for her first shot after seeing signs on the street.

"I’m feeling great," she said as she waited 15 minutes for observation. "I don't think there's any side effects as of right now."

The UC and Cal State school systems enroll and employ over a million people in California. Their vaccination directive is one of the largest of its kind in higher education. Kelly explained that she feels good about it.

“I think it was reasonable for everyone to get vaccinated before returning to campus,” she said.

Twenty-year-old Anthony also came in for his first dose of the Pfizer vaccine. He took a break from college this year but plans to go back soon, hopefully in-person.

“I don't like this online stuff,” Anthony said. “But if it's still there, I'll still go back because you don't want people who are infected going and you not knowing and then getting sick. So if you have the vaccine, you won't be prone.”

Kelly and Anthony were two of only a few people who came to the clinic on this day. The clinic can serve about 500 doses a day, but on this day, only 30 people came through, which Barahona noted is partly good news.

“I think that the demand is dropping, and the surplus is increasing,” he said. “Folks have more outlets, more places to go than before, and we've done a great job. A lot of folks have been vaccinated here now.”

But Barahona points out that some communities still show a hesitancy to get vaccinated, so St. John’s will continue to reach out to educate people about the vaccine.