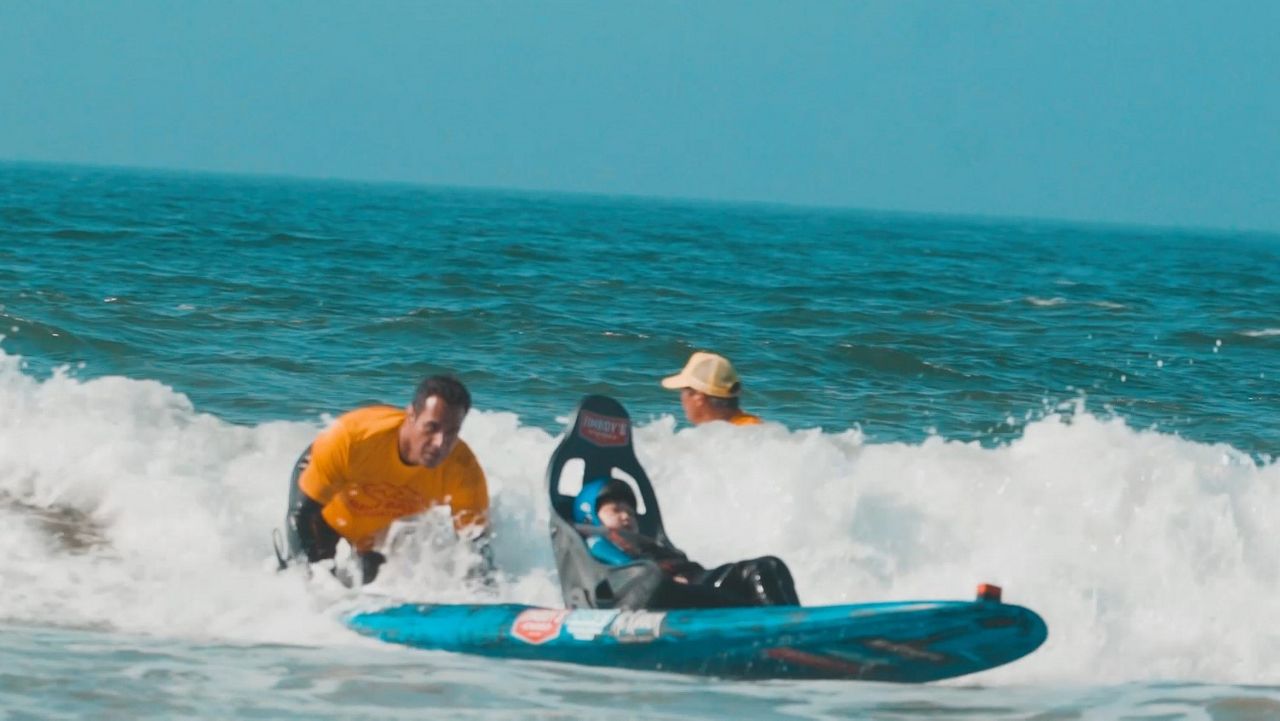 Group Wants Surf Therapy to be Prescribed by Doctors

Whether it’s from the rush of catching a wave or from the sense of community, psychologists are gathering scientific evidence on the therapeutic effects of surfing.

Just four years ago, Perdomo said he was still suffering from PTSD and addiction after serving in Kosovo in the ’90s. Re-adjusting to civilian life left him feeling isolated.

Kris Primacio, the CEO of the International Surf Therapy Organization, was his first surf therapy instructor.

Through her organization, Primacio is working to make surf therapy a prescriptible treatment by doctors and other clinicians. She just launched the first-ever year-long pilot study to compare and analyze the benefits of surf therapy on various types of conditions. The findings will be presented to the medical community, which she says will be a major step toward prescribable surf therapy. She said her reason for wanting to share surfing with others is personal.

“I discovered it exactly six months after my father was diagnosed with cancer, and I sought refuge in the ocean,” Primacio said.

Primacio said surf therapy has not only helped many people like herself and Perdomo, but it has also helped children with a variety of other challenges, including autism and down syndrome.

And it is these safe spaces she mentions that make surf therapy what it is. While anyone can go surf, recreational surfing is not surf therapy.

Unlike regular surfing, which is usually done solo, surf therapy takes a structured approach and is always done with trained staff members whose goals are to foster healing.

She said there is an urgent need for widespread mental health solutions during what she calls a global mental health crisis. She’s hoping that if professionals prescribe it, patients will be more likely to try it.

Perdomo said the inner strength and life skills he gained are invaluable.

Surf therapy has given him so much that he is now giving back by volunteering to help during other’s surf therapy sessions to become an instructor himself one day.