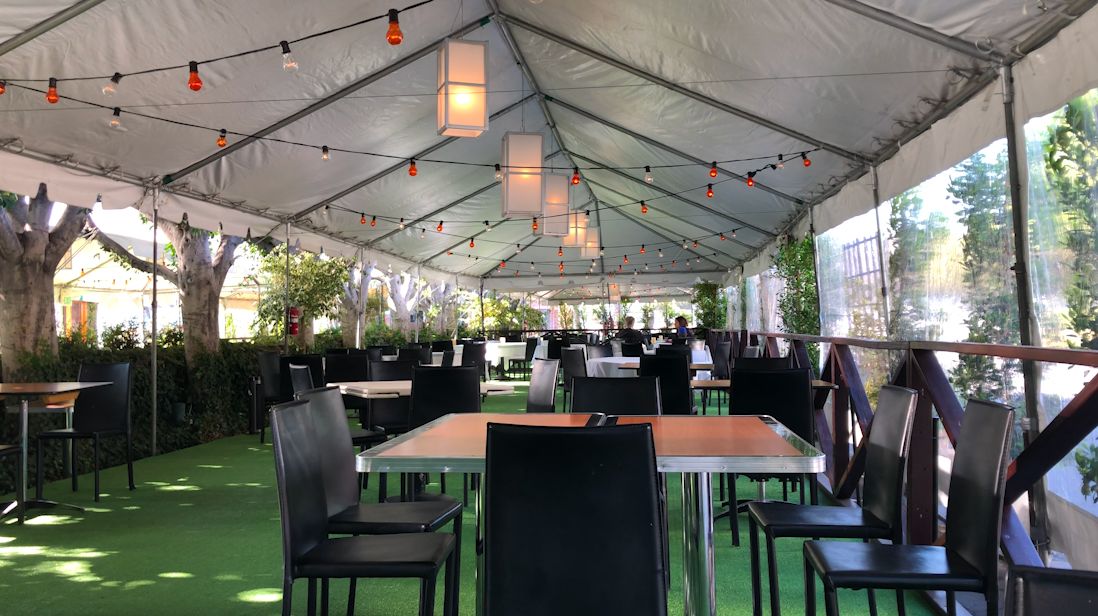 PASADENA, Calif. — After almost a half a century in business, Parkway Grill owner Gregg Smith had never experienced anything like this.

“It was unbelievable,” said Smith.

Unbelievable, that after months of being shut down, after spending more than $100,000 building an outdoor dining area to comply with health rules for his Parkway Grill, Arroyo Chop House, and Smitty’s Grill Restaurants, L.A. County decided to shut outdoor dining again due to the growing number of COVID-19 cases.

“We get 72 hours notice that we are going to have to be closed down on Wednesday night; our staff was in tears. They just didn’t know what they were gonna do,” said Smith.

Two hundred of his employees would have been impacted, maybe furloughed according to Smith. So he immediately got to work, talking to his staff and trying to convince Pasadena city leaders to stop what he says would have been a devastating blow to the restaurant industry.

L.A. County Department of Public Health cites a CDC study published in September which found that people with coronavirus were twice as likely to have reported dining at a restaurant in the 14 days before becoming ill.

Supervisor Barger says those numbers are not specific to Los Angeles, where she says 95% of restaurants are complying with protocols.

Instead, the supervisor says the focus needs to be on enforcement.

“In my district, I have a venue that continues to book large parties and we’ve taken them to court and because they are weddings they are hiding behind freedom of religion,” said Barger.

But despite thousands of written comments, city councilmembers and mayors pleading with the county, attempts at keeping restaurants open failed.

On Tuesday afternoon, supervisors voted to go ahead with the closure and so, on Wednesday November 25 at 10 p.m. L.A. County will shut down outdoor dining for three weeks.

“I mean seriously, what are these elected and appointed officials thinking about?” said L.A. restaurateur, Rick Caruso.

Caruso owns more than a dozen restaurants, at least nine of them will be impacted by L.A. County’s order. He says no restaurant will be able to survive on takeout alone.

“I’m disappointed in the County Board of Supervisors for not rescinding this order. I think it will have a devastating impact to hard working men and women that unfortunately will be laid off, restaurant owners, small business owners, and frankly, it’s because of them (supervisors). It’s their fault and they should be held accountable by our community,” said Caruso.

Gregg Smith however, is breathing a sigh of relief, because his efforts have paid off, the City of Pasadena which has its own health department has decided to not follow L.A. County’s orders and keep restaurants open.

“I’ve been getting texts and emails last night, all day today, from customers, guests of ours, that are thankful that they’re going to have a safe place to eat,” said Smith whose restaurants are in Pasadena.