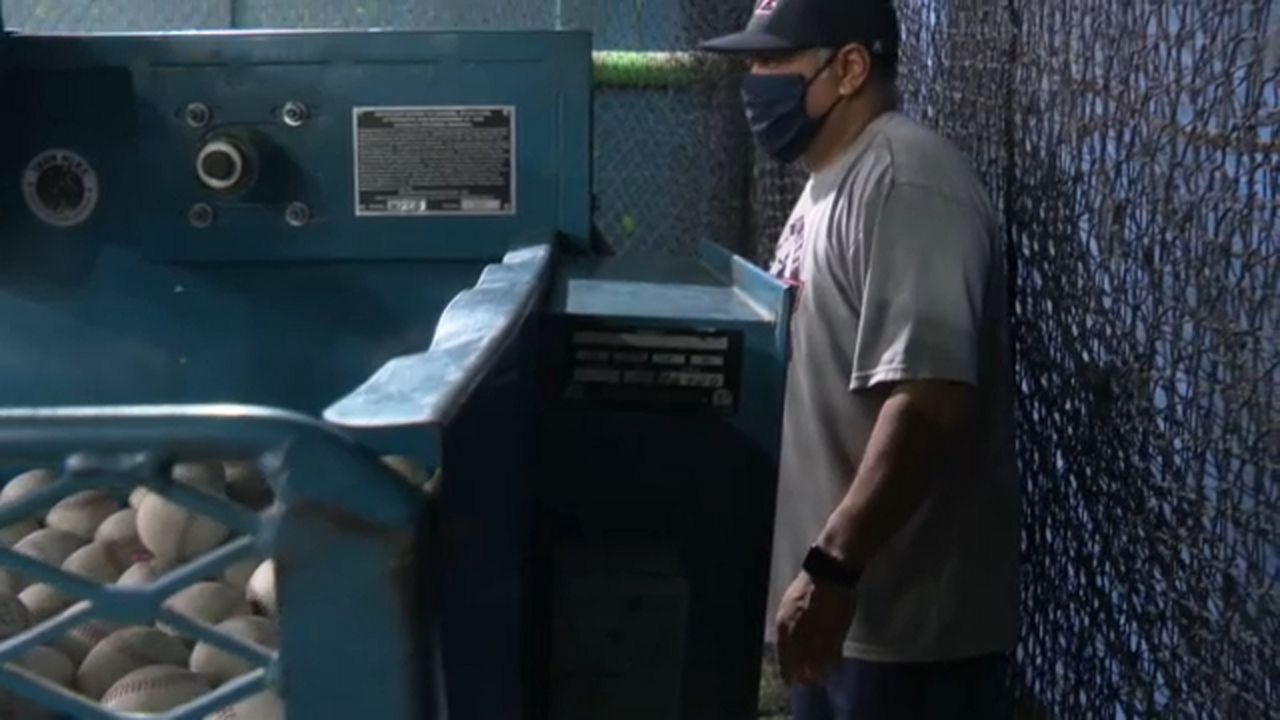 As Coronavirus Cases Trend Down, OC Businesses Wonder When They Can Reopen

LA HABRA, Calif. – Orange County businesses like The Hitting Zone in La Habra have been hoping to get back into the swing of things.

But after coming off the state’s coronavirus watch list on Sunday, many OC businesses are still wondering what’s next?

Eddie Luna is the general manager of The Hitting Zone. Like many businesses, the batting cages have seen a staggering loss in business since closing in March. Luna estimates he's lost 50 percent of business during the pandemic.

“The hardest part is not being able to open the doors during our peak season. Baseball season runs from March to June for the youth leagues and high school,” Luna says.

Luna opened in July but a few weeks later was forced to close The Hitting Zone doors after cases surged and family entertainment businesses like batting cages and bowling alleys were shut down.

Orange County was removed from the watch list on Sunday.

And while it's known that schools can return to in-person instruction if cases remain under 100 per 100,000 people for 14 days  what that means for those businesses that haven’t been allowed to reopen, remains uncertain.

In an update on Monday, Governor Gavin Newsom didn’t give specific information for businesses, but said more would follow later this week.

At The Hitting Zone, Luna has been creative, taking precautionary measures like hanging shower curtains.

“We decided on shower curtains instead of plexiglass because it’s not going to break. It creates a barrier between the two cages. So we’re thinking it’s going to make things a little safer around here,” said Luna.

With mask policies, distancing and his machines ready to go, he says all they can do is be ready and wait. But to stay in business they’re going to need to be able to safely reopen their doors.

“The only thing you can do right now is be ready to go so the day they tell us to open, we will be ready to go, and go as long as we can. And hopefully we stay open,” says Luna.