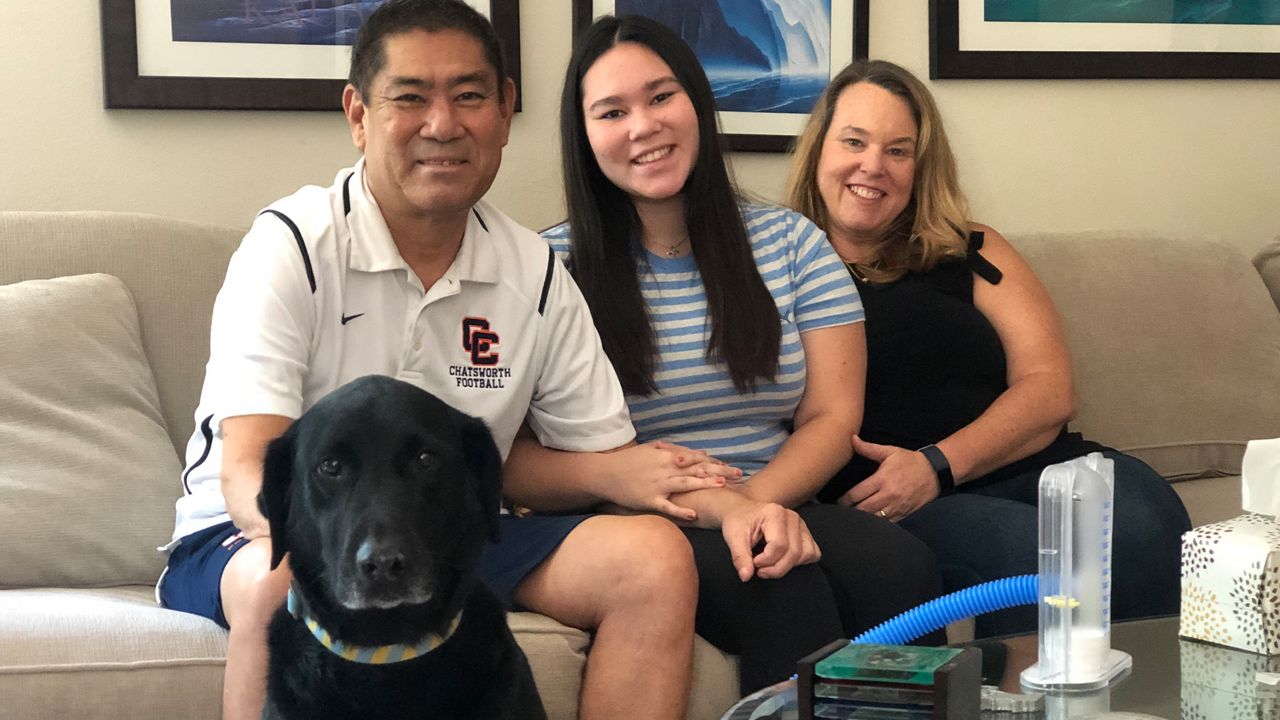 Rick has always been active, often walking 36 holes as golfer. His wife Michelle knew something was wrong last July when they went to a Dodgers game. Rick was struggling to walk up the stairs, and that continued at their home in West Hills. He thought he might have had flu or even walking pneumonia.

As it turned out, he was diagnosed with an autoimmune disorder called interstitial lung disease, limiting him to just 20 percent lung capacity and forcing him to coach summer practice while sitting down.

“I was conducting practice while sitting down actually in the stands. And then sure enough one night I came home and my wife knew something was wrong,” Rick said.

Rick spent the next year undergoing treatments, but his greatest support came from the community near and far that he had built in his three decades of coaching. Teachers at his school donated the maximum, 100 sick days to keep the Hayashidas going. If it had been possible, he'd have taken 300 sick days.

Teachers from others schools who didn't even know him reached out to help. A caravan of cars, over an hour long, wished him well outside of his home, and meals were donated to his family.

The hashtag, #HayashidaStrong went viral on social media with well wishes coming from all over Southern California and beyond.

"It brings tears to my eyes to know there are so many people out there that love and care for me and my family. And we just appreciate everything they’ve done for us,” said Rick.

His family has been there to help him every step of the way, and during this pandemic, Michelle says she actually feels everyone has adapted to the way the Hayashidas were living with Rick's condition.

"He has these brand new fresh lungs, and it is kind of scary. But I feel like for us too now, the rest of the world is now living like we were living to try and protect him,” Michelle said.

Rick's career includes time at Crespi, Chaminade, and over 10 years at El Camino Real where he won a City Section Championship in 1997. And while he says he won't be able to return to the sidelines because he's compromised, he will always be watching.

"I’ll miss the kids, the camaraderie, the competition. But I’ll somehow get involved by watching, maybe being in the stands off by myself or watching on TV or streaming live. But I’ll definitely - I’ll still be watching,” he said.