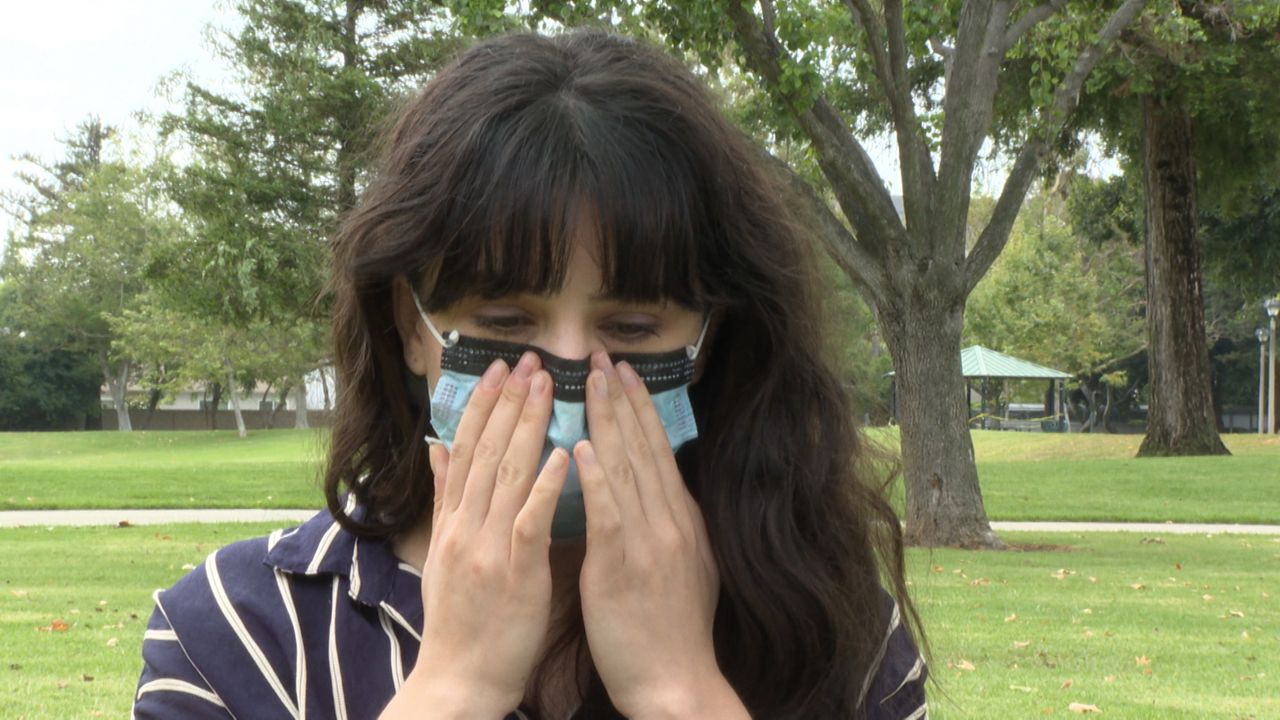 ORANGE COUNTY, Calif. – Depending on which county you’re in the rules are different when it comes to masks. In Orange County face masks were once be required to be worn in public, but the policy has been updated to face masks being “strongly recommended.”

The recent decision has prompted a local woman to continue gathering signatures in an online petition.

If she’s in public, Roujean Sabouri always wears a mask. She has at least a dozen at home ready to go anytime she steps outside. She says wearing a mask is not something she enjoys doing, especially with her allergies acting up.

“I can’t breathe. I am sneezing inside my mask,” she said.

But she says right now during a pandemic, it’s not about her comfort. Sabouri says, “Wearing a mask is not a big deal.  Wearing a mask is the most minimal and basic thing you can do to protect your neighbor, friends, and family.”

Just a few weeks ago, in late May, Orange County did implement a mask mandate. Sabouri says after hearing at least two county supervisors question the science behind masks, she started an online petition supporting requiring masks in public.

Sabouri says she started it because, “I was shocked and I feared they would rescind that mask mandate.”

And on Thursday, June 11, 2020 Orange County did change it from a rule – to a recommendation.

Sabouris says she was livid. And she doesn’t’ seem to be alone.

Her online petition calling for keeping masks mandatory in OC has tens of thousand of signatures and counting. She says the support for a mask is simple when you look at published studies about masks.

“It’s unequivocally proven that if you wear masks, that less people will contract COVID-19,” said Sabouri.

Some businesses like Chapman Crafted Beer in Orange say masks guidelines are confusing.

Dee also owns Haven Craft Kitchen + Bar and Provisions Deli + Bottle Shop. Each location has “house rules” requiring masks for staff, and the rules ask customers to do the same.

Dee says the county now rescinding the mask rule adds a challenge for business owners, like him.

“There’s no place for us to direct our consumer to, to say, ‘Hey this is why we put our policies in place,'” he said.

He says, “guidelines should change if there’s new science that goes along with it.”

Sabouri says she’s convinced the county’s  decision to change the rule to a recommendation was based on social pressure and not science.

“Without a doubt. I don’t think they will ever admit that, but I 100% believe that,” she said.

Sabouri says she’d be lying to you if she said she didn’t also feel frightened for starting this petition. But she says, “Somebody has to put their fears aside, to do what’s right, and that’s what I’m hoping to do.”

Sabouri says she plans on presenting that petition to the Orange County board of supervisors at their June 23 meeting.