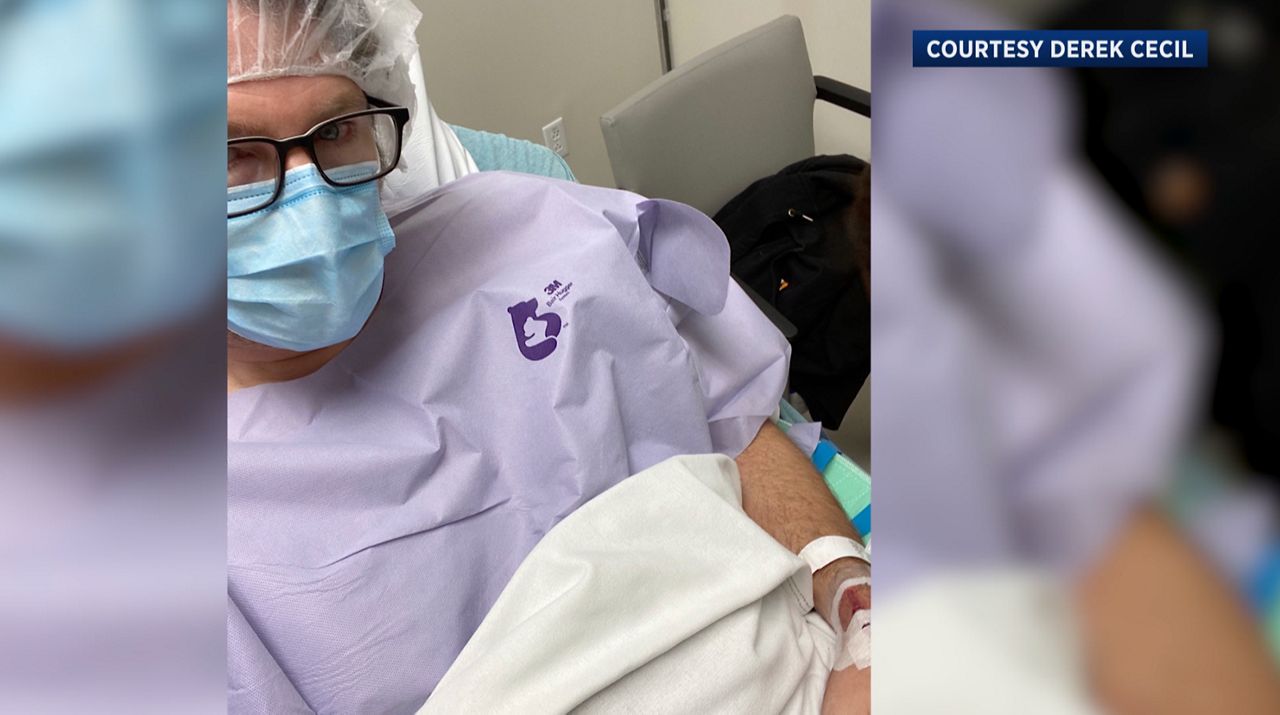 Derek Cecil is an actor who you might recognize from House of Cards. He was one of the first people to get elective surgery at the Keck Hospital of USC.

The recovery could take six months. He was originally scheduled to have his ACL replaced mid-March. He tore it skiing back in January. Since then he’s passed up auditions because he’s not 100 percent.

On operation day Cecil was in and out of the hospital in less than 24 hours. His wife and kids couldn’t go in with him.

Dr. Paul Gilbert is an orthopedic surgeon. He splits his time between Verdugo Hills Hospital and Keck.

Gilbert says elective surgeries resumed because new COVID-19 cases are steady and not overwhelming these hospitals. Every day they check the numbers, though, and just because elective surgeries have resumed doesn’t mean they wouldn’t stop them again.

“All of the people that do the procedures they know very well that they may get a call from me that says we’re off for the next few days because there is a surge,” said Gilbert.

As part of our efforts to help our community stay informed about #COVID19, we’ve gathered answers to commonly asked questions about the #coronavirus, including what you need to know if you’re visiting our locations. https://t.co/rYr24RbuNI pic.twitter.com/3ei7AXjlrm

There are other factors behind resuming elective surgeries. Money is part of it.

“Just like every other industry, the health care industry has lost a huge amount of money,” said Gilbert.

Gilbert says quality of life is the most important factor. Just because a procedure is elective doesn’t always mean it can be put off forever. Some people need to be seen by a doctor because of the pain or before it’s too late to fix.

“I’ve heard so many stories of people not coming to the hospital, not getting health care because they were afraid they were going to get the COVID… and other maladies are getting worse. They’re not getting the treatment that they need to get,” said Gilbert.

Cecil had to get a COVID-19 test before his surgery and there are new rules to follow as he completes physical therapy in person twice a week.

“I was a little comforted by the protocols being very rigid, very stringent,“ said Cecil.

When Hollywood gets back to work Cecil wants to be right there with them.