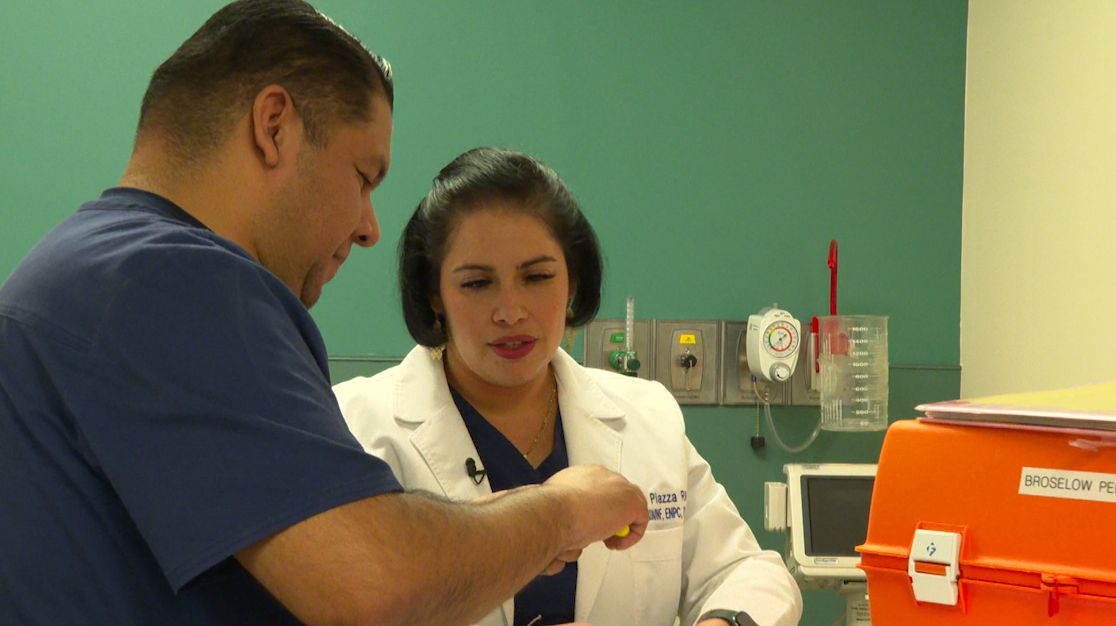 BOYLE HEIGHTS, Calif. — Adventist Health White Memorial Hospital is in the top 2 percent of hospitals in the entire United States. The Boyle Heights hospital received the prestigious Malcolm Baldrige Award in part because of a program that allows members of the community to start as volunteers and become nurses.

It's a great investment in your health.

Tanya Piazza, one of the leading registered nurses at Adventist, is proving that as she practices resuscitations with some of the hospital’s resident nurses.

Today, she has up to 100 residents under her guidance. But 10 years ago her story would have seemed impossible.

She was a single mother, picking tomatoes in a field during the day and sleeping on the floor at night.

It wasn’t until she found out about a program offered through the hospital and Community Development Corporation TELACU that her life changed forever.

“It was something that I thought at the time I may not deserve, but having the opportunity given to me allowed me to really empower myself not only for me but for my daughter,” said Piazza.

The program, which is a three-way partnership between the hospital, community colleges and TELACU, has helped 160 first-generation residents become registered nurses -- many of them the first in their family to go to college.

The program has led Piazza and her fellow nurses to pay the investment made in them forward, to their community.

“It’s nice to see the community and say, ‘Hey, how is your sister doing,’ or, ‘How is your uncle doing?’ It’s just different. It’s when you’re treating strangers versus treating your family, which is your family," Piazza said.

And the proof is in their work. This small, 353-bed hospital was the only California organization to be awarded the 2019 Malcolm Baldrige National Quality Award, the nation’s only presidential award for performance excellence and visionary leadership.

“It’s just taking care of your own, and it makes a huge difference,” Piazza says.