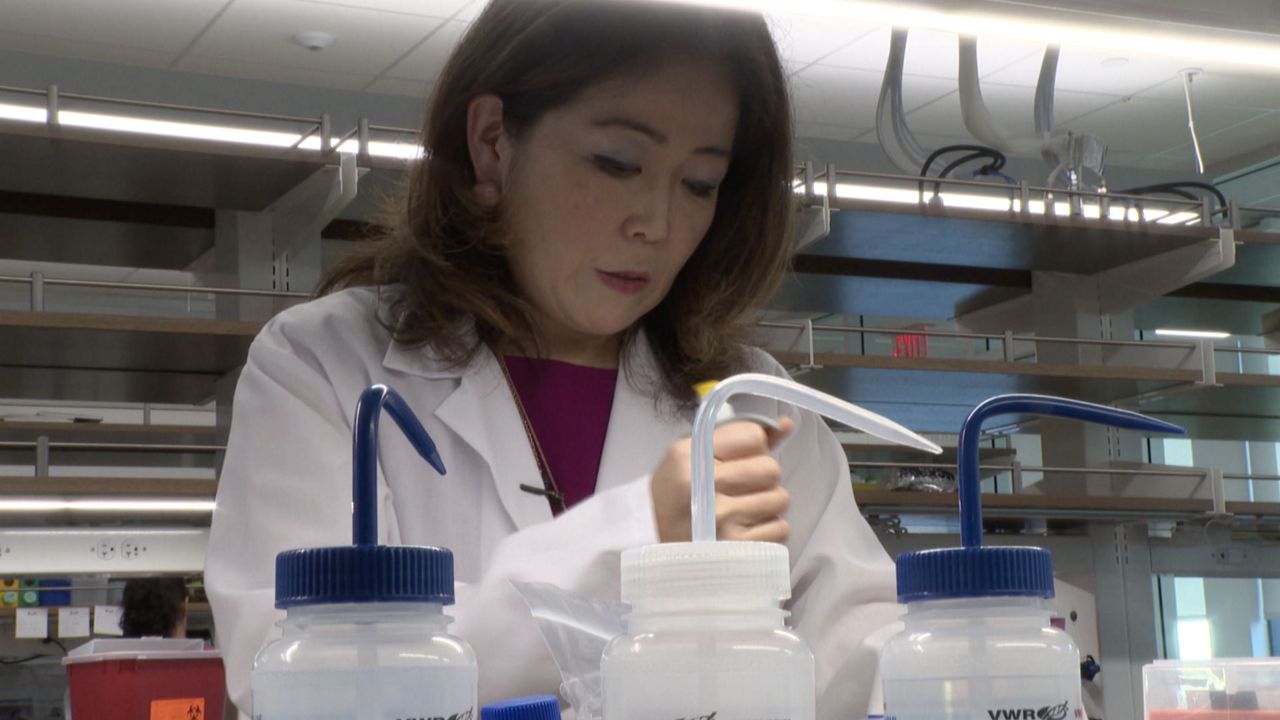 In high school she started to fall in love with science. Now she is the president and CEO of her own biopharmaceutical company, Hinge Therapeutics.

Akiko Futamura is trying to cure diseases like hemophilia and Alzheimer’s.

“Every day I’m like potentially this could help thousands of patients,” said Futamura.

Futamura founded her startup about two years ago. However, her story has a different trajectory than most. Instead of hitting it big in Silicon Valley, Futamura came to LA County.

“I want to make sure you know we focus on developing the best drug for patients and I feel like the Silicon Valley kind of lost a little bit sense of why we are in this space,” said Futamura.

Futamura is renting lab space from BioLabs LA at the Lundquist Institute. There are 18,000 square feet of lab space you can rent by the bench.

The Lundquist Institute for Biomedical Innovation is a nonprofit research organization founded in 1952. The Institute has hundreds of researchers working on over 1,000 studies. Plus Harbor-University of California Los Angeles Medical Center is there, making it a prime spot to get your start.

“What we saw is an opportunity to save lives and create more jobs,” said L.A. County Supervisor Mark Ridley-Thomas.

LA County invested several million dollars in this project. BioLabs LA opened in May 2019. A dozen companies have moved in so far. This incubator could become the start of a local bioscience magnet.

“This is so exciting until I can hardly stand it. I mean we’ve been working on this for quite a while,” said Ridley-Thomas.

The people in charge believe there is a reason everyone should be rooting for this.

The lab isn’t full yet. Possible renters are still being interviewed.