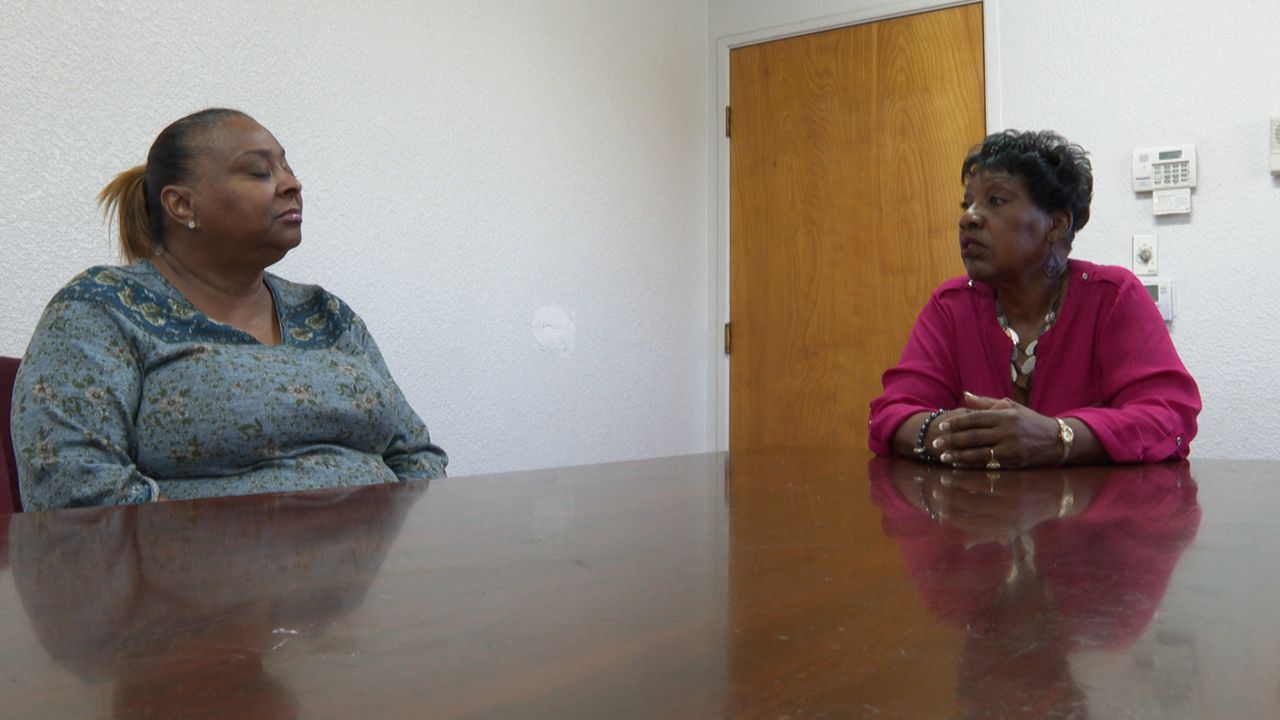 SOUTH LOS ANGELES, Calif. -- Traditionally, there's been a reluctance in the African American community to seek help for mental health and wellness. But thanks to the new Healing and Trauma Prevention Center in South Los Angeles, people who are dealing with loss and trauma due to gun violence, now have a place to go.

Recently, thousands of people took to the streets to remember the life of murdered rapper Nipsey Hussle.

However, while the 'Celebration of Life' helped to bring closure to some, for others, it opened up old wounds.

Which is why Arvis Jones, who has worked as a grief counselor for 16 years, is meeting with clients who have recently been experiencing relapses.

Jones, who also lost a son of gun violence, says that there's a stigma in the black community about seeking help.

“We don't understand getting help and how safe it can be and how much it can help you,” said Jones.

Kathryn Wooten also lost both her sons to gun violence 10 years ago.

The prolific coverage of Hussle’s murder has made it hard for her.

"That kind of brought back just a sense of sadness and despair and sort of like traumatized [me] all over again," said Wooten.

But thanks in large part to working with Jones, she's taking steps in the right direction.

“I know that I have to get some help,” said Wooten.

The lack of mental wellness throughout the community is now recognized as a public health crisis by Los Angeles County.

Supervisor Mark Ridley-Thomas was among those to champion the build out of a Healing and Trauma Prevention Center last fall.

He's hopeful that with initiatives like this, the cycle of violence plaguing the community can be brought to an end.

"We have to be willing to recognize this and not just say, 'Oh he's crazy, [or] 'She's crazy,' and let it go,' said Ridley-Thomas.

"Know that behavior can be made better.”