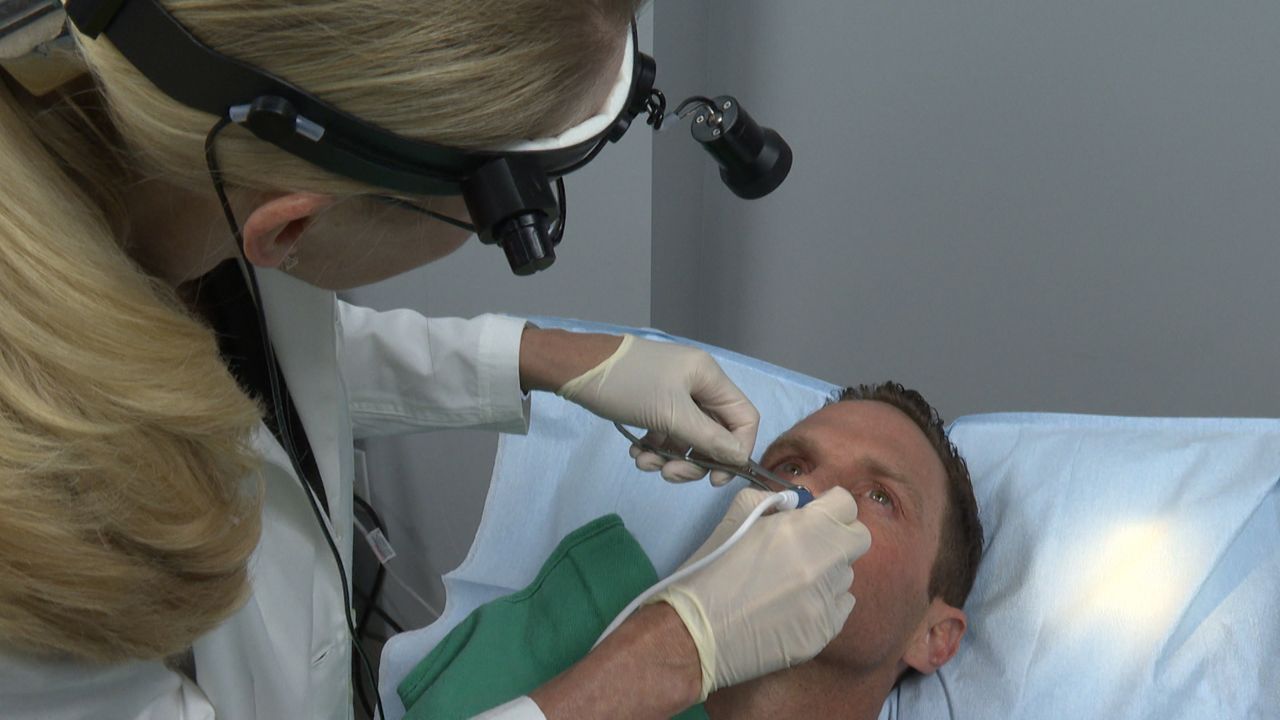 Tim Carr has suffered with allergies since he was a child.

At times, it can make his job as a Culver City firefighter a little more challenging, but what he’s about to do next could reshape his life.

Carr is in the hands of Dr. Michelle Putnam, an ear, nose, and throat doctor who talked with him about his past symptoms and sinus trouble.

"You have swelling of the lateral nasal wall," she explained as she pointed to a video graphic.

She says that’s what’s preventing him from breathing easily through his nose and prepares him for a new procedure called Vivaer. It starts with an injection inside the nose and for most people, that's the roughest part of the process.

"I have a lot of tattoos and that was pretty similar," Carr said.

Once his nose is numbed, the real work begins. Using a hand-held device, Dr. Putnam remodels the tissue inside his nose using low-power radio frequencies to improve airflow.  Meanwhile, a nearby machine counts down in 30-second intervals. It’s an alternative to invasive surgery, which is the only reason Carr even considered it. He had heard previous horror stories.

"One guy had to stop in the middle of surgery; he was bleeding so much," Carr said.

If you have insurance, the average cost is about $1,000…something Carr feels is well worth his time.

"As much money as I’ve spent on shots, doctor visits, sprays, allergy medicine, if I can do something that works and not have to deal with that, it might end up in the long run to be more beneficial," he said.

When the entire procedure was over, Carr said he felt "significantly different" in about 10 minutes.

His post-op care includes a nasal spray and some antibacterial ointment, but he can return to work right away.

"I’m looking forward to weeks and months and days to see what happens," Carr said.

After years of seeing his nose as a nuisance, this procedure is truly a breath of fresh air.

For more information on Vivaer or to find a doctor using the procedure near you, click here.