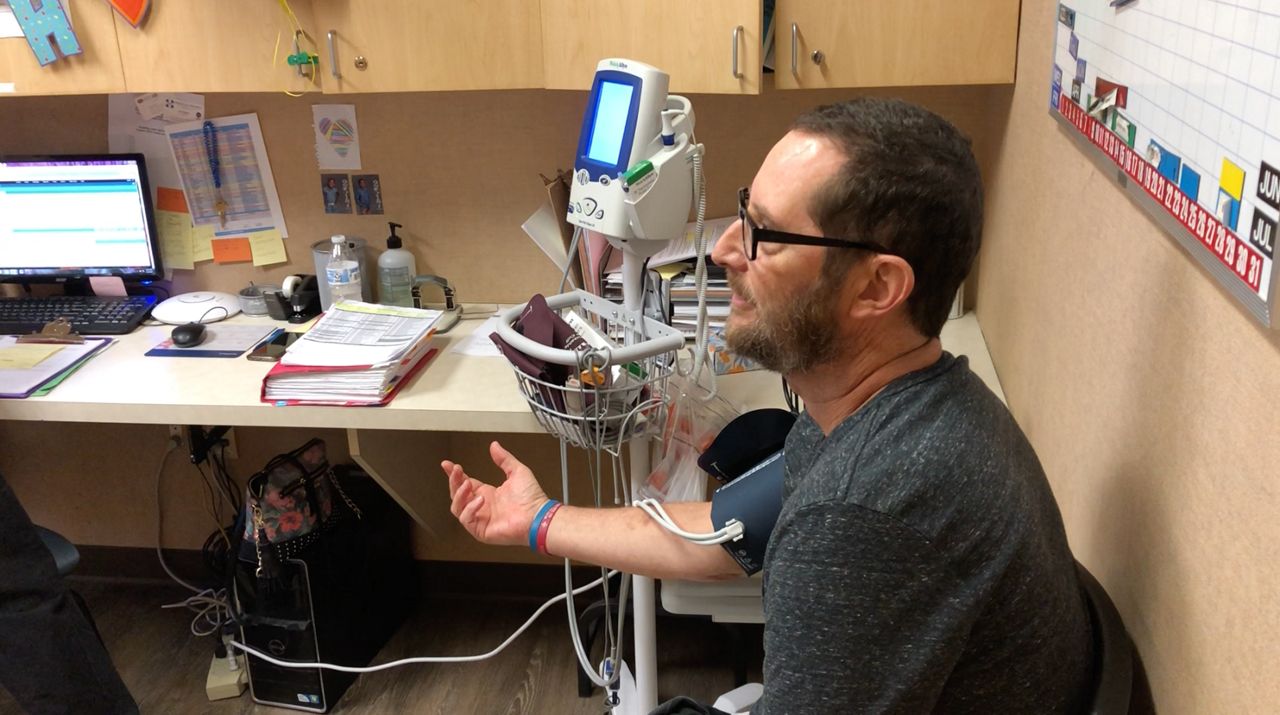 A cancer diagnosis pushed Long Beach resident Matt Goldman into early retirement. Looking for a purpose, he started a blog, and soon found a community that needed to change.

Goldman, who was diagnosed with blood cancer multiple myeloma seven years ago, has been stuck with so many needles that his veins are hard to find. That’s why he has a permanent port, used to draw blood and give treatments, under the skin on his upper chest.

“I just kind of try not to think that I have this great unknown over my head which can really emotionally wear someone down,” said Goldman.

Over the years, Goldman's met many people who are also going through treatment for cancer, and he's seen many of his friends paying incredibly high co-pays to buy chemotherapy pills because many insurance plans bill chemotherapy higher if it’s taken orally rather than as an IV infusion.

That’s why he started a petition to push the passage of the Cancer Drug Parity Act, which would make all these cancer treatments - both pill and infusion - equally accessible. The bill, that was introduced last year, has been stuck in committee.

“For us, our future is kind of like, "What are we going to do next year, in the next five years?' The future is no longer promised to us,” said Goldman’s wife Leslie Rash, who married Goldman shortly after his diagnosis in order to legally take care of him.

For Goldman, it’s difficult to fight two battles: One for his own life and one for policy change. But he's determined to make a difference and see change within his lifetime.