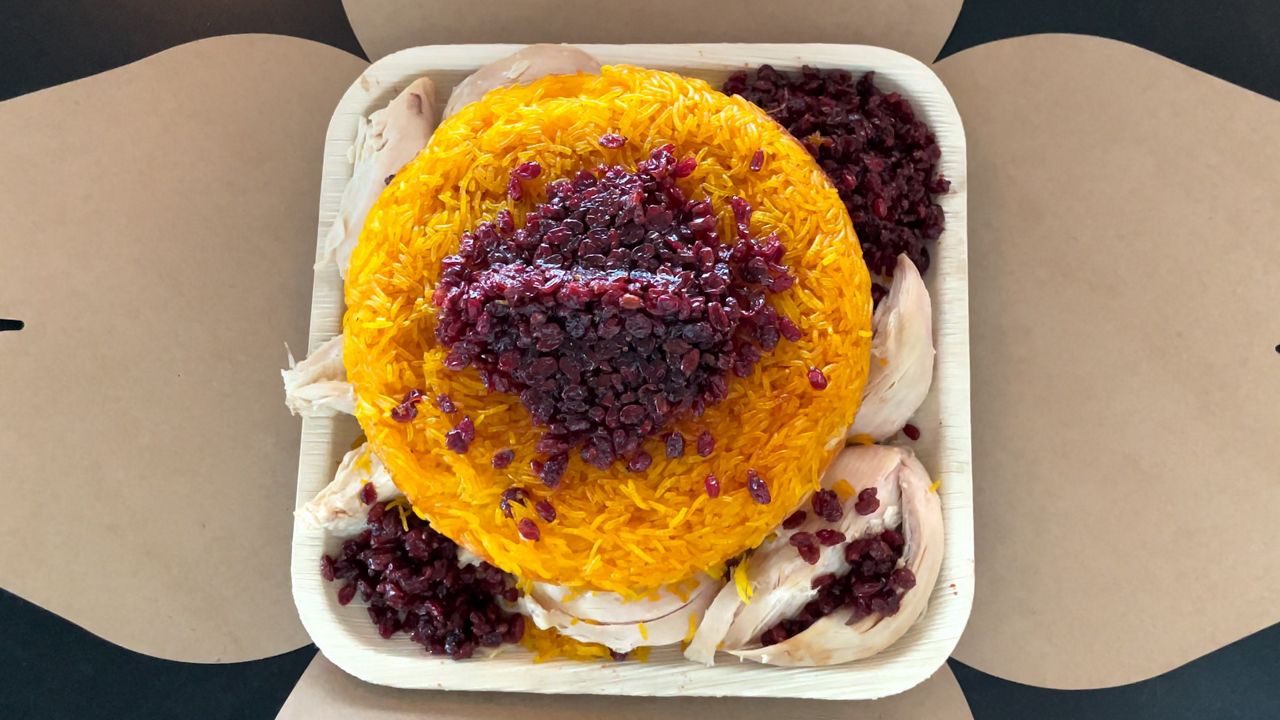 LOS ANGELES — According to the U.S. Census Bureau, more than 40% of people with Iranian heritage living in the U.S., live in California, making it the largest Iranian community outside of Iran. As such, Los Angeles is home to hundreds of top-notch Persian restaurants already, but recently, Persian food pop-ups have grabbed the public’s attention.

Like so many families across Los Angeles, Sophia Parsa comes from a proud Persian background and loves to share her culture.

“I used to host a monthly dinner series for entrepreneurs and creatives in my backyard, prior to COVID,” Parsa said. “And when the pandemic hit, we couldn’t host those dinners anymore.”

So Parsa adapted the recipes and menus her mother, Farah Parsa, had built for those dinner parties, and posted them to an Instagram page she called Golden Rice Company. In just a few months, the mother-daughter team was getting inundated with orders, and Golden Rice Company turned into a thriving pop-up business.

“Tadhig is the crispy part of the rice, which forms in the bottom of the pot. And it’s everybody’s favorite,” Farah Parsa explained.

Sophia Parsa pipes in: “Yeah, people are always fighting for that part!”

In a short time, Golden Rice Company became so popular that Sophia Parsa was about to quit her day job as a community manager at a start-up, and focus entirely on her new venture. The incredible success of the company reflects the trends happening in the LA pop-up scene, where a boon of Persian companies have grabbed the public’s attention.

Farah Parsa said what sets these pop-ups apart from Persian restaurants is that it’s “more homemade food, than a restaurant.”

“This one is the dough for fouman, or better known as kolouche fouman. I usually refer to them as Iran’s answer to cookies,” Shomali said, as she pressed the dough into her hands. “It became a challenge or a goal, because there are all these beautifully different types of bread that are made in Iran that no one is talking about.”

She bakes out of her home kitchen, and sells at the Melrose Farmers Market, purveying the holy trinity of Persian flavors: “Cardamom, rose water and saffron.” She said having her work in pop-up form makes the culture more accessible.

Back at Golden Rice Company, Parsa and her mother said they’re ready to take the operation past the pop-up stage.

“Next step for us is to pin down the space and open up later this year.”

The incredible success of these Persian food pop-ups means LA is having a renewed love affair with the cuisine, in a much more intimate way, making their success a new celebration of Persian culture.

CORRECTION: A previous version of this story incorrectly stated Sahar Shomali’s title at Spago. Shomali was a sous pastry chef. The error has been corrected. (March 21, 2022)