LOS ANGELES — Despite the COVID-induced turbulence of today’s restaurant business, eateries continue to open throughout the city.

While most were in the works months before the pandemic came to town, the Adrift Burger Bar was created as a response. So when the L.A. County Department of Public Health announced Sunday that restaurants would need to shut down outdoor dining operations for three weeks starting Wednesday at 10 p.m., Myers was not surprised.

“I assumed it was going to happen, given the cases rising as they are,” said Myers, an internationally renowned chef who won a Michelin star for his L.A. restaurant Sona. “It was inevitable, so for us the mindset was, 'OK, let’s pivot again.'"

Located on Abbot Kinney Blvd., Adrift has an outdoor patio but was always set up for the kind of socially distanced, to-go dining that COVID-19 has required, Myers explained.

"[The shutdown is] obviously disappointing because we invested money and energy into creating a great patio set up, but we’re fortunate to have takeaway and delivery," he said. "In the U.S., it’s not nearly as harsh as some other countries in terms of how they do lockdowns.”

Known as the “gypsy chef,” with restaurants in Singapore, the United Arab Emirates, and Japan, Myers has an international perspective on the pandemic. He had been in Singapore before COVID-19 began its relentless spread in the U.S. and returned to L.A. for a business meeting two days before Mayor Garcetti issued his safer at home order in March.

“In Singapore, there was a period where they shut everything down — all restaurants, A to Z, delivery, takeout, shut down,” he said. “Here, people were completely oblivious about this virus. They think it’s in Asia and will never come here. I was getting off a plane where we all wore masks, and to see no one wearing masks here, just normal life, I saw it coming.” 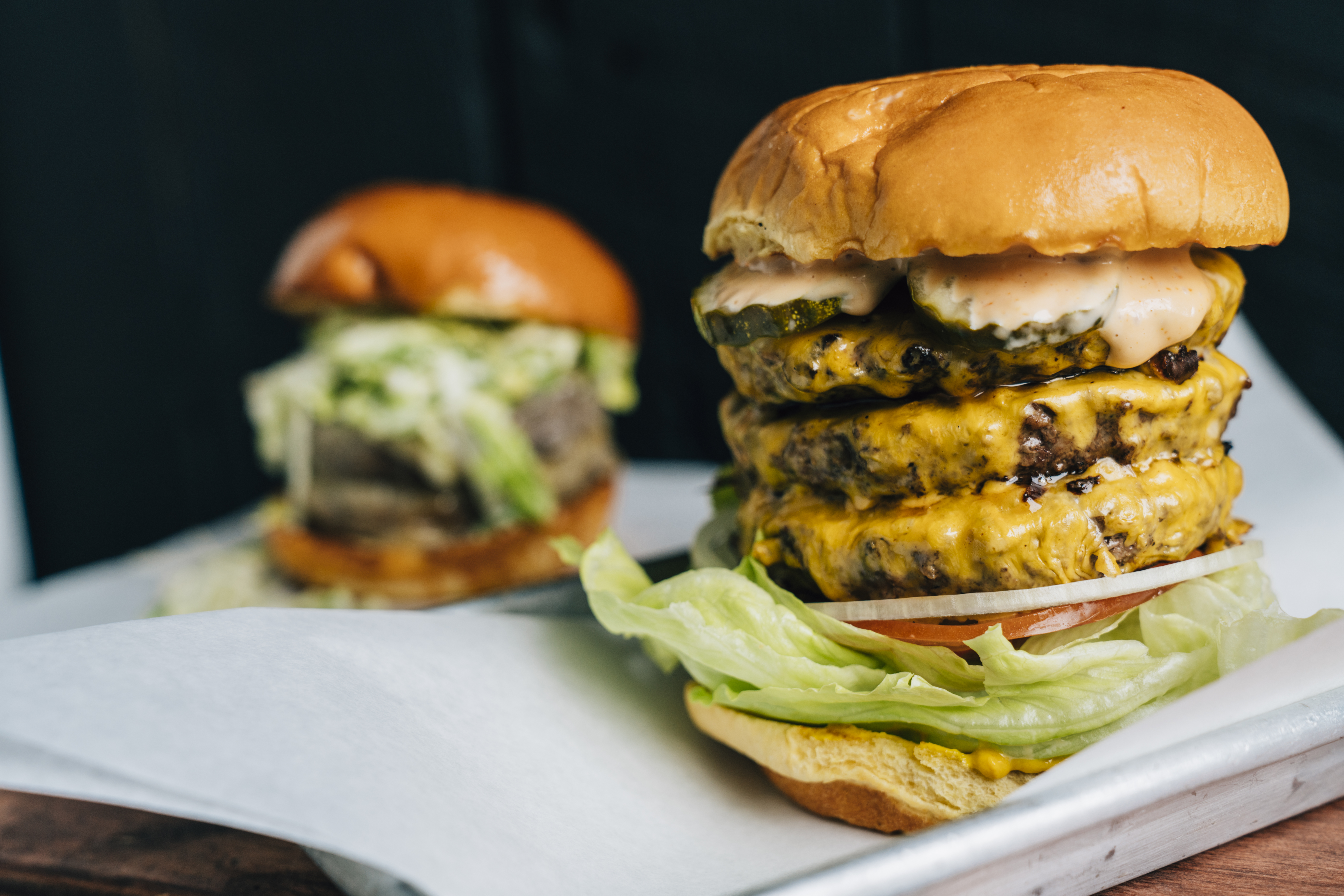 The Adrift Burger Bar was born from Myers' inability to travel to the countries where he operates his other restaurants. Being in lockdown, he came up with three goals he could accomplish: Getting in the best shape of his life, learning to read and write as well as he speaks Japanese, and launching a new business.

So far, he’s two for three. While learning Japanese has proved to be challenging, he achieved six-pack abs and opened the Adrift pop-up November 13, one month after he dreamed up the idea.

“For the longest time, I’ve wanted to open a burger bar,” said Myers, who added that the timing had never been right until the pandemic. He knew the owner of the Casa Linda restaurant that had shut down last year and thought, “Let’s try this.”

It's designed as a pop-up that will last about two months — until Myers is able to travel internationally again.

“It was like your first restaurant you’ve ever opened in your life, and you’re doing it all with your friends and family,” he said.

Normally, it takes about nine months to build a restaurant from scratch and two weeks of friends and family service to fine-tune the operation. Instead, Myers gave himself “a crazy deadline,” calling upon an international roster of collaborators to tweak a concept that fit with his culinarily adventurous, California-inspired brand and gave his restaurant staff three hours of training before throwing open the to-go window to serve up a limited menu of gourmet burgers and sides.

In total, there are three burgers, three milkshakes, and two types of fries, but they’re all internationally influenced and as decadent as they are "Instagrammable."

The burgers include the Singapore-inspired Adrift (topped with tomato-ajwan jam, pickled jalapenos, gruyere, arugula, and grated parmesan), a 1940s classic burger, and the cheddar-topped DM, formerly known as the Comme Ca burger Myers once served at his French brasserie on Melrose (which The New York Times called “perfect”).


For sides, there are mushroom fries and more traditional potato fries, albeit with an Adrift twist: they’re hand-cut, cooked twice, and finished with fried curry leaf. 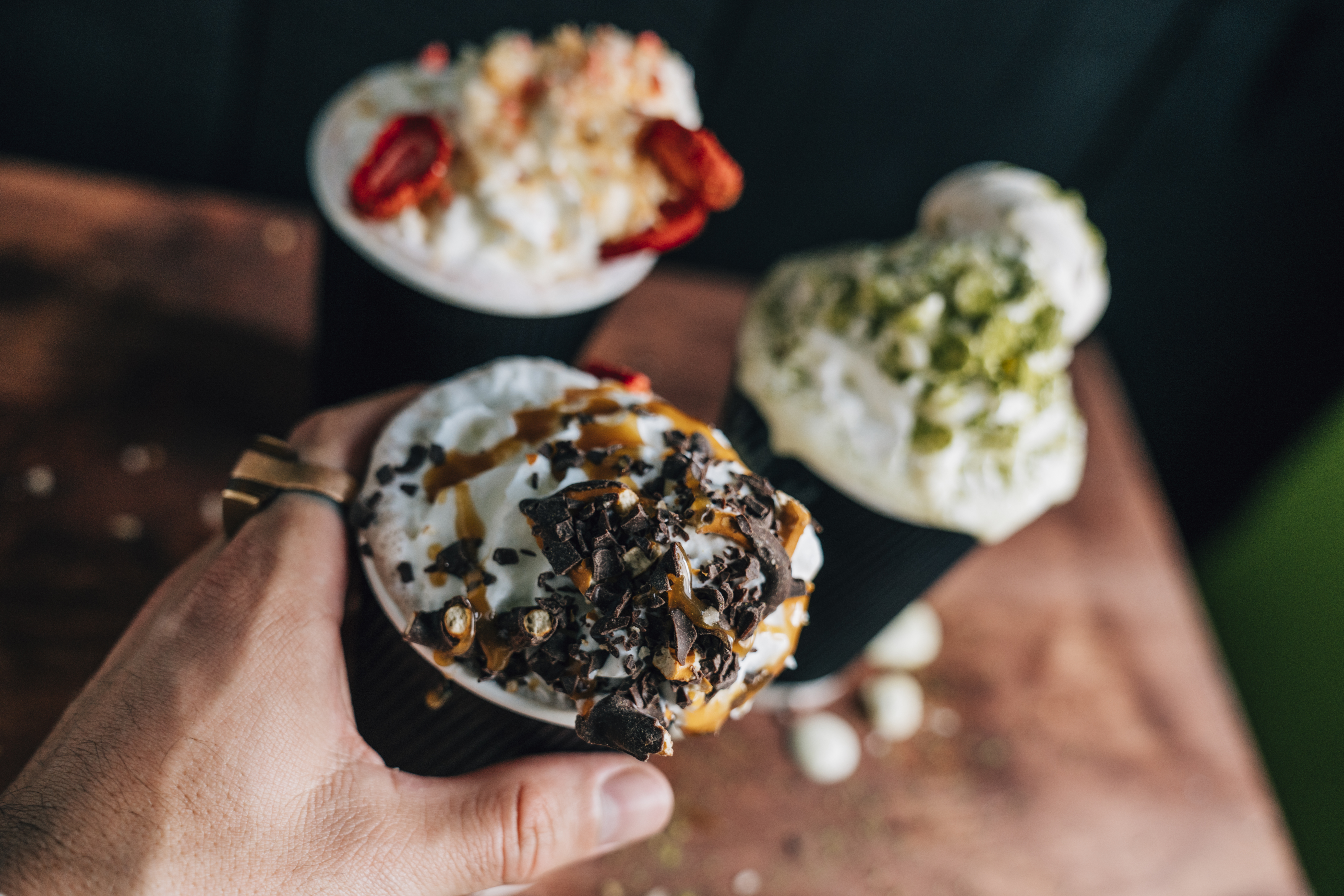 "Fun and vibrant, and a little sexy" is how Myers described his variety of milkshakes: a strawberry vanilla shake with dehydrated strawberries and toasted coconut, a miso shake with chocolate-covered pretzels, and a green tea matcha shake with white chocolate nibbles and a touch of meringue.

The Adrift Burger Bar was always designed to be temporary, but the concept will live on. In April, Myers will launch an Adrift in New Delhi, India. After that, the world is his oyster.

“The moment we’re able to cross borders again easily, this is going Adrift,” Myers said. “We are taking this baby out there, for sure.”