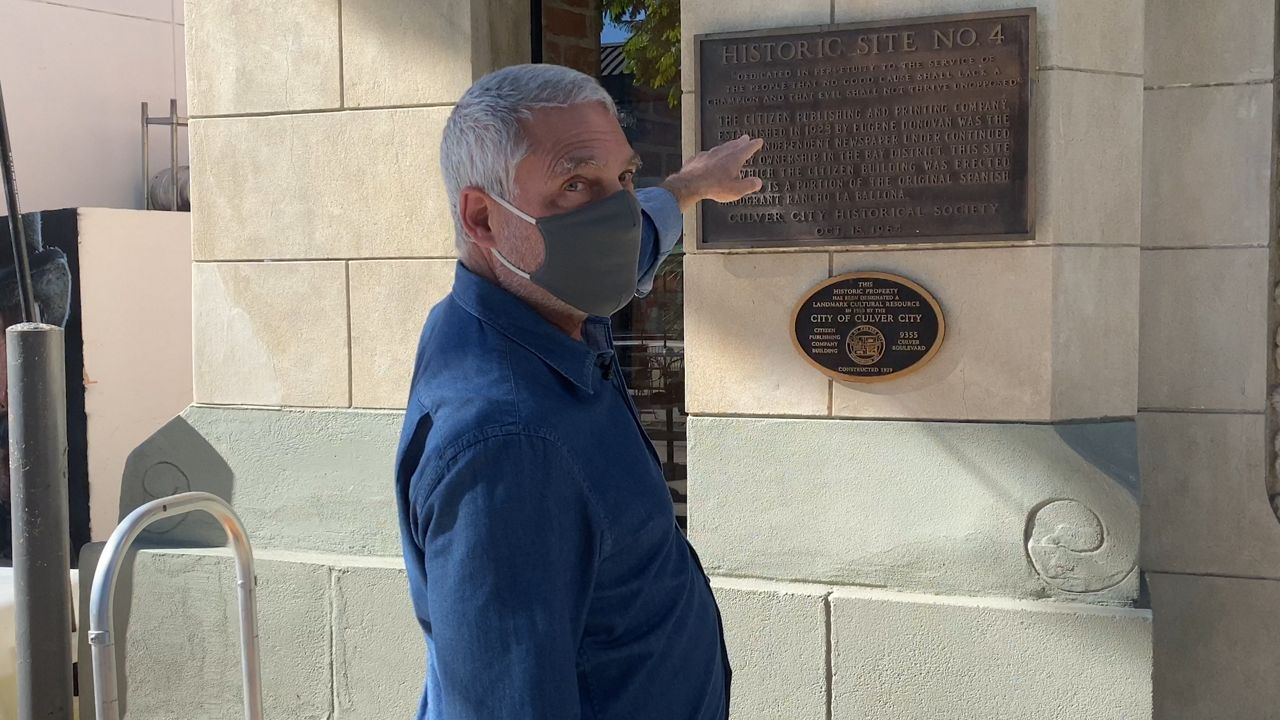 “We’re going to be very, very careful about this. We want people to be able to really enjoy this historic landmark and enjoy the best food in the region with these vendors we brought in,” said developer Rick Moses

The first three vendors include goodboybob, Pizzette, and The WEHO Sausage Co.

Moses is obsessed with details like 130-year-old French Oak floors and handcrafted marble from a 13th century quarry, but 2020 has a way with meddling with your plans.

“You can’t always predict when you begin a project what’s going to happen when you finally open it,” Moses said as he looked over outdoor seating plans at his latest venture.

On Monday, Governor Gavin Newsom said the state is pushing the “emergency brake” on businesses after daily Covid-19 case numbers doubled over the previous ten days. All Southern California counties are now back in the most restrictive purple tier; a zone Los Angeles County had never advanced from. Newsom confirmed he’s considering a statewide curfew that could further limit outdoor dining operations by restricting restaurant hours throughout the state.

“Yes, of course we’re very concerned about it and if the rules change we will change how we operate,” Moses said.

He had no idea once he finally opened, restaurant dining would be, well, out the window.