PASADENA, Calif. — With a Dunkin’ Donuts across the street and a Winchell’s blocks away, Lake Avenue would seem to have enough raised and glazed confectionaries.

Unlike its iconic Inglewood location with the 32-foot-tall donut, or its Downey shop with the 26-footer, “there’s a height limitation in Pasadena because of airplanes,” said Mark Kelegian, owner of Randy’s Donuts, who was forced to downsize the store’s usual 3D icon and stick it on a sign above the shop’s entrance. 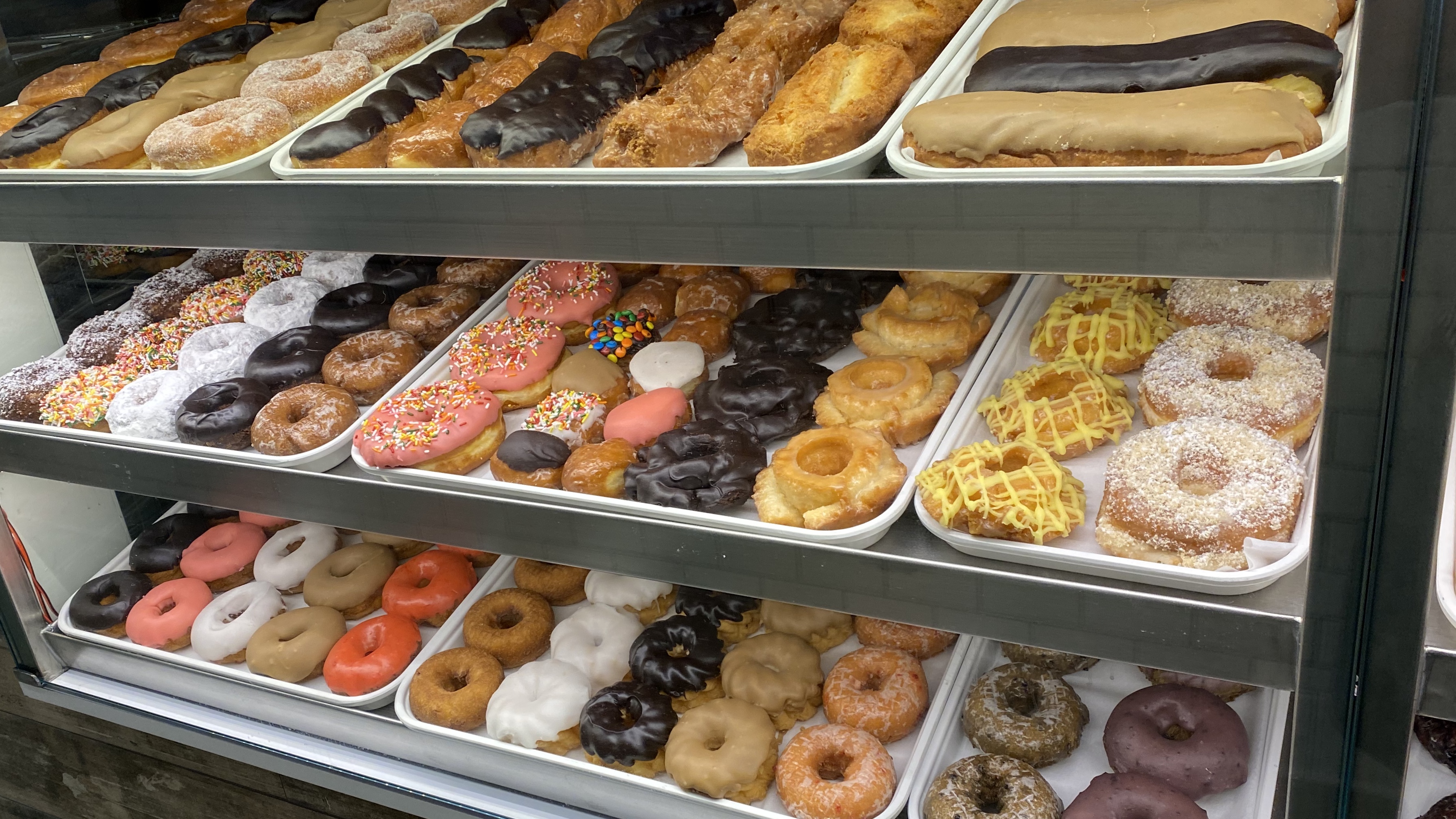 Kelegian believes it's really about the edible versions anyway. “People come to check out the donut but stay for the food.”

Whether it’s the face-sized Homer Simpson donut, with its pink glaze and sprinkles, or a classic apple fritter, all of the donuts are hand-made and sold fresh daily using the same recipes as the original Randy’s that started in 1962, Kelegian explained. 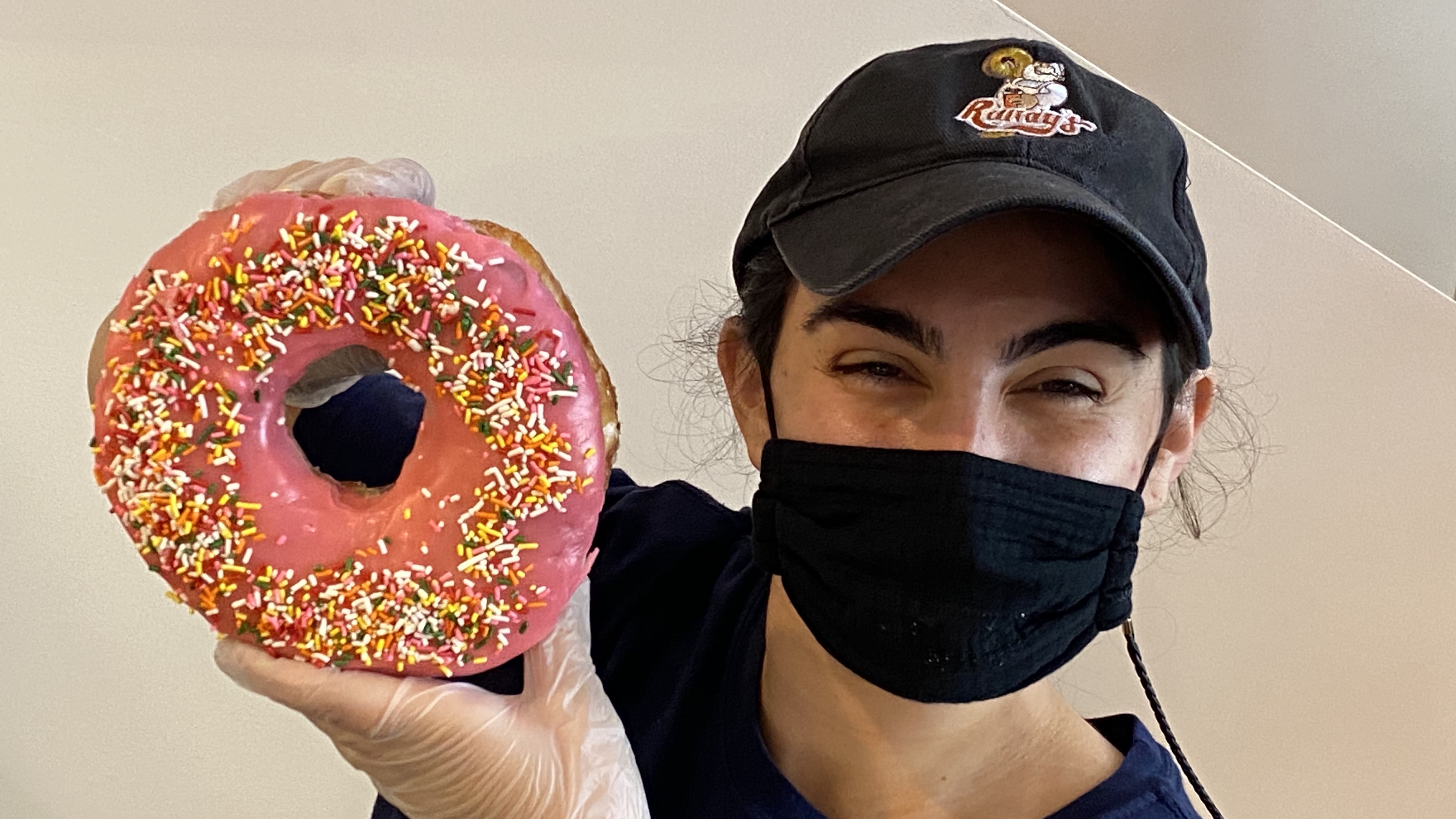 Randy’s Donuts dates back even earlier to 1953 when Russell Wendell built what was then known as the Big Donut Drive-in. About a decade later, Wendell sold it to Robert Eskow, who renamed it for his son Randy. In the 1970s, Eskow sold it to his cousins Larry and Ron Weintraub, who operated it for almost 45 years.


Inside the front entrance of its new Pasadena location, the left wall is plastered with vintage photos and more recent images of the oversized donut transformed into L.A. Kings and Dodgers logos, among other trademarks. An icon as much as it is a donut shop, Randy’s indoor murals feature photos of celebrities posing with the donut in the background, including musician John Legend and actor Robert Downey Jr. who lounged in the donut’s center in Iron Man 2. 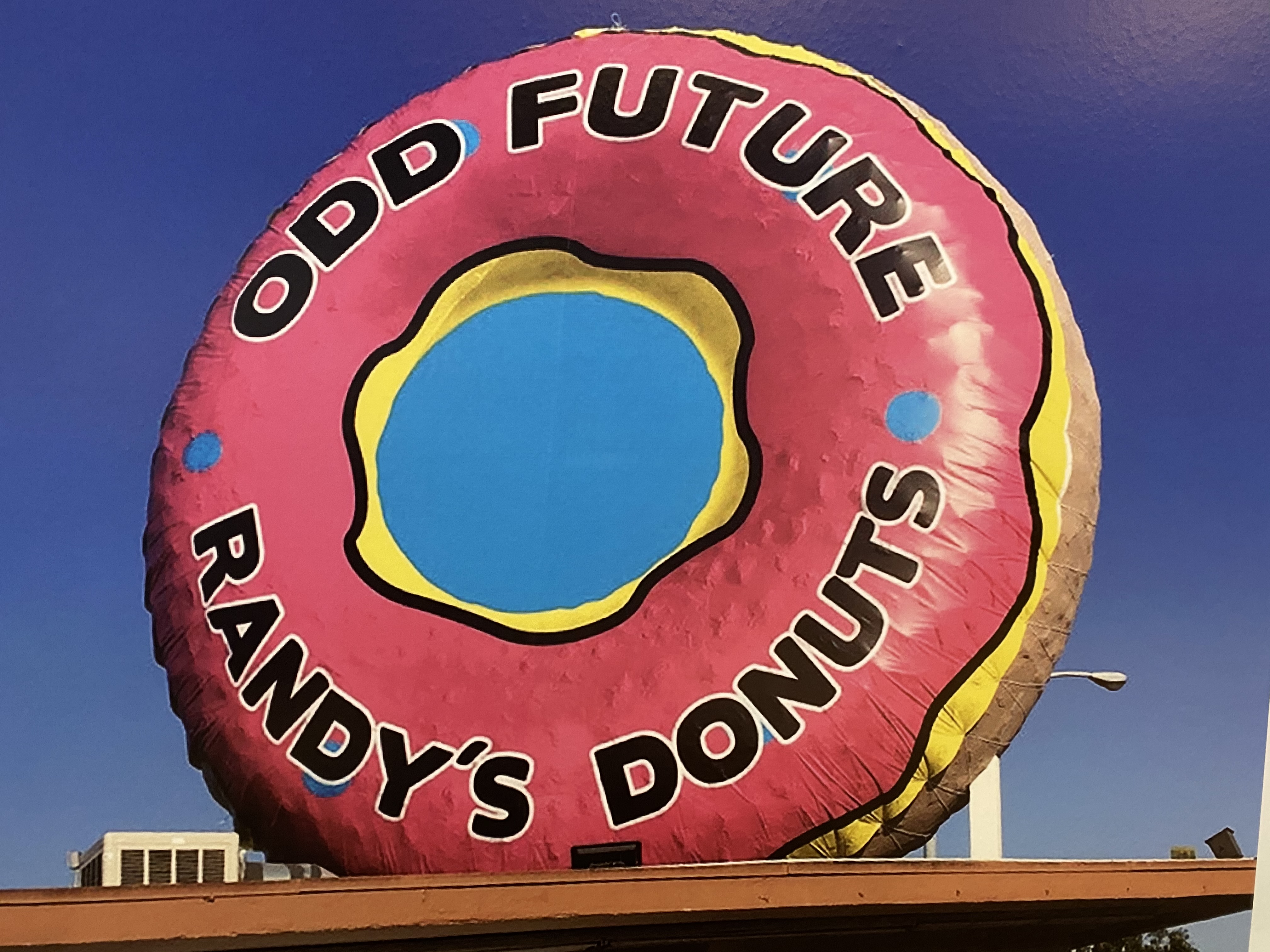 “I went to Loyola High School, and we used to play our football games at Centinela Field in Inglewood. I remember the bus rides going right past that giant donut,” said Kelegian, who bought Randy’s in 2015. He figured his three daughters would rather run a food shop instead of the casinos his family also operates.

Kelegian is a managing partner of Ocean’s 11 in Oceanside. The Pasadena shop is owned by Kelegian’s sister and operated by her three children. 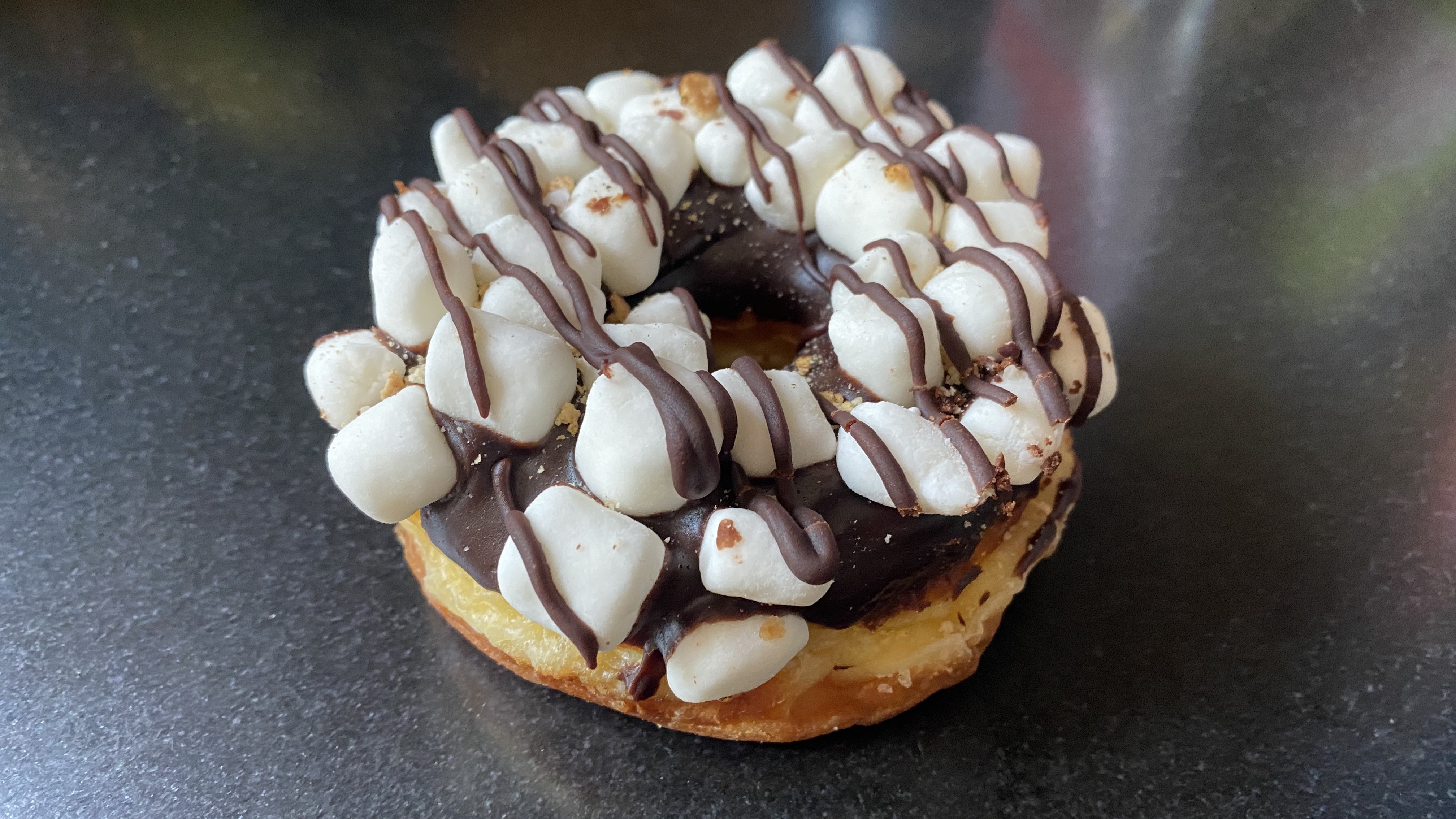 “I knew Randy’s was a brand that could be expanded,” said Kelegian, who has been on a donut shop opening spree ever since.

Having launched new locations in El Segundo, Downey, Century City, and now Pasadena, Kelegian plans to open additional shops in Torrance and Costa Mesa in November, one in Bakersfield in January, and three in Las Vegas next year. He is also working “to make deals for at least another six to eight locations to open within the next 18 months,” most of them in Southern California, he said.