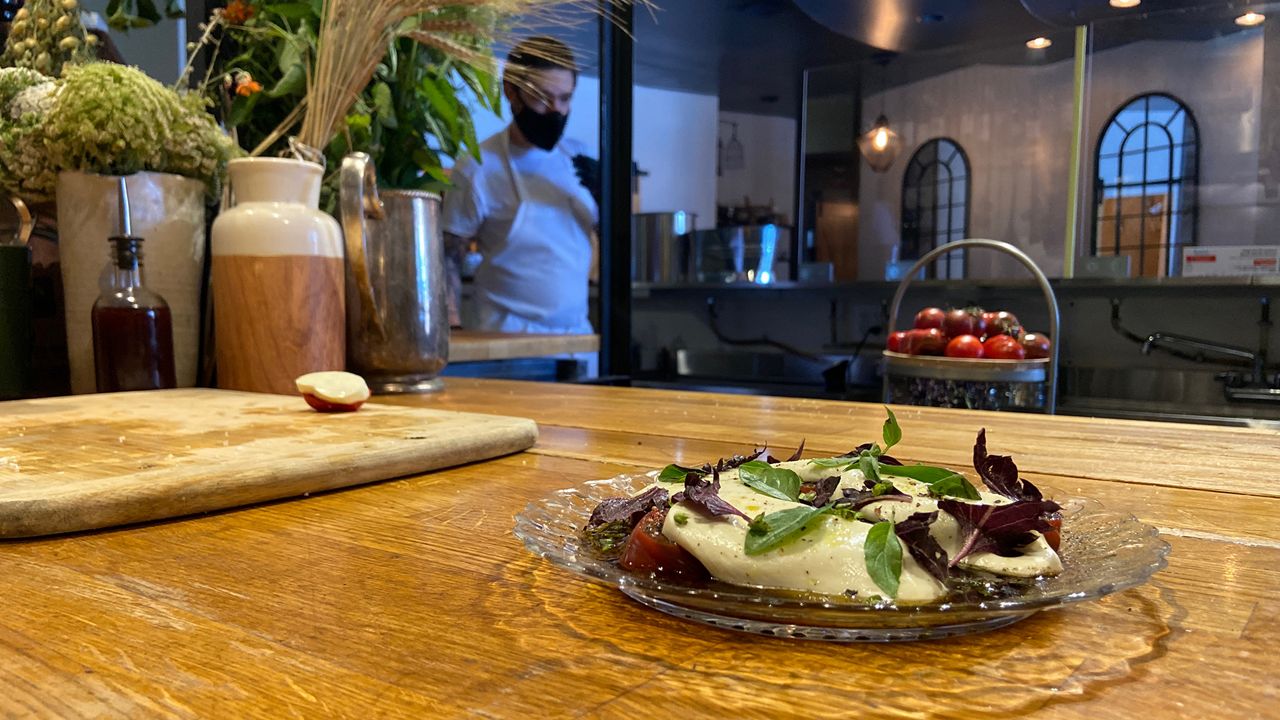 ENCINO, Calif. – On any given day before the dinner reservations start arriving, chef and owner of Pasta|Bar, Phillip Lee, makes his mozzarella from scratch.

In fact, everything that Pasta|Bar serves is made from scratch.

"By definition you have to make your ingredients on site in order to technically be a restaurant," said Lee.

The cheese that he pulls in the afternoon will be part of his fresh caprese in the evening.

Before Pasta|Bar, Phillip, along with his wife and pastry chef Margarita started with Scratch Bar & Kitchen on restaurant row in Beverly Hills.

It was their first tasting menu concept, which has become their signature brand for each restaurant they've opened since.

I like going to places and just eating what the chef has to prepare," said Lee.

In 2015, they moved the eatery closer to home in Encino.

Then a few years later, they opened their speakeasy, Sushi|Bar in the same complex..

"The idea has always been and remains true that we seat guests at the bar, and we cook everything from scratch, from the soy sauce to the charcuterie, to the breads to the cheeses, to the butter," said Lee.

But when the pandemic forced businesses to close, Phillip and Margarita shut their doors for two months.

On May 16, they pivoted Sushi|Bar to takeout, but Scratch|Bar has since remained closed.

In a bold move, they opened Pasta|Bar on June 24 during a pandemic, with the rules continuing to change on how restaurants can operate.

"From the day we actually said, 'Let's do it', until we served our first guest was six days," said Lee.

He knows they are taking a huge risk, but it was either let staff go again, or get creative.

So they transformed a prep space into the new eight-seat restaurant that is Pasta|Bar.

But it only took a week before they had to get creative again, when Governor Newsom ordered all dine-in service to close ahead of the Fourth of July weekend.

"There was a very quick five minutes of panic and then there was a, 'Let's collect ourselves, let's figure this out', and right now we're sitting on the patio of Pasta|Bar, we're now an outdoor restaurant," said Lee.

They're goal continues to be to provide world-class neighborhood restaurants for their community, and the way they're doing restaurants appears to be the way of the future in this time of COVID-19; limited capacity, and a tasting menu where everyone is seated at the same time.

The timing to open a restaurant may be a gamble, but they'll continue to roll out their homemade pasta, as they continue to stay creative and roll with the punches.