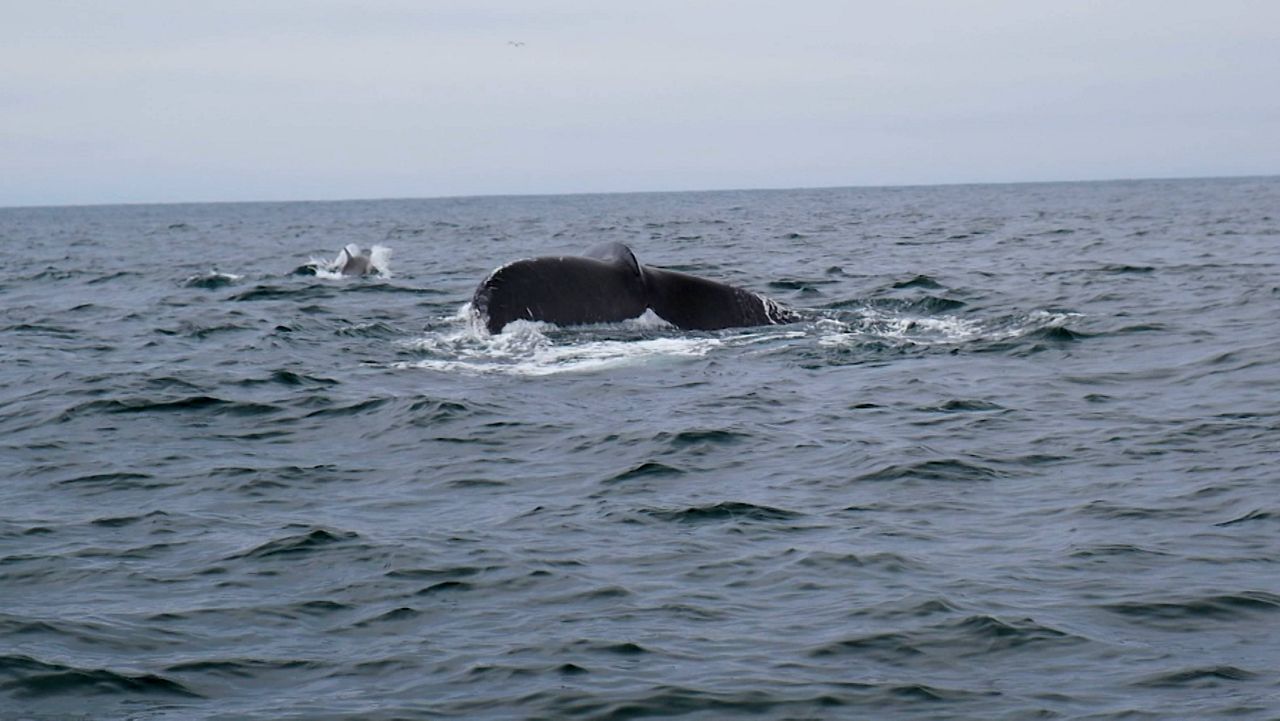 SANTA BARBARA, Calif. — If you want to see a whale in the open ocean, you have to head out early in the morning, said scientist Callie Steffen.

The first whale Steffen saw in the wild was an orca in the Pacific Northwest, and she has had a passion for marine wildlife ever since.


“I was that 3, 4-year-old that said I wanted to work with whales and never really lost that dream,” Steffen said while preparing for an outing into the Santa Barbara Channel in a small craft.

Steffen leads a project called Whale Safe from the University of Santa Barbara’s Benioff Ocean Initiative that aims to reduce the number of collisions between whales and commercial shipping vessels.

The channel is one of the most biodiverse waterways in the country, but it is also one of the busiest international commercial shipping routes. That means it is a hotspot for whale strikes as skyscraper-length ships all-too-often collide with and kill endangered whale species.

Some say up to 80 whales are killed every year. Others say that estimate is low.

“Anytime you have that overlap of marine shipping and endangered whales, it's definitely a high concern,” Steffen said.

Twenty miles out into the channel, Steffen checked on the high-tech buoy that Whale Safe uses to track whale presence. Using underwater microphones that identify whales by their acoustic signature, the buoy data is then used to create (along with sighting reports from citizen observers and predictive habitat modeling) a near real-time whale presence rating that ships can access online, alerting them to slow down below the recommended 10 knots while in the channel.

Steffen explained that it is difficult to get an accurate number of shipping-related whale deaths as many go undetected. Whales might also be struck and then dragged on the bow of a ship only to be discovered after the vessel has off-loaded its cargo. 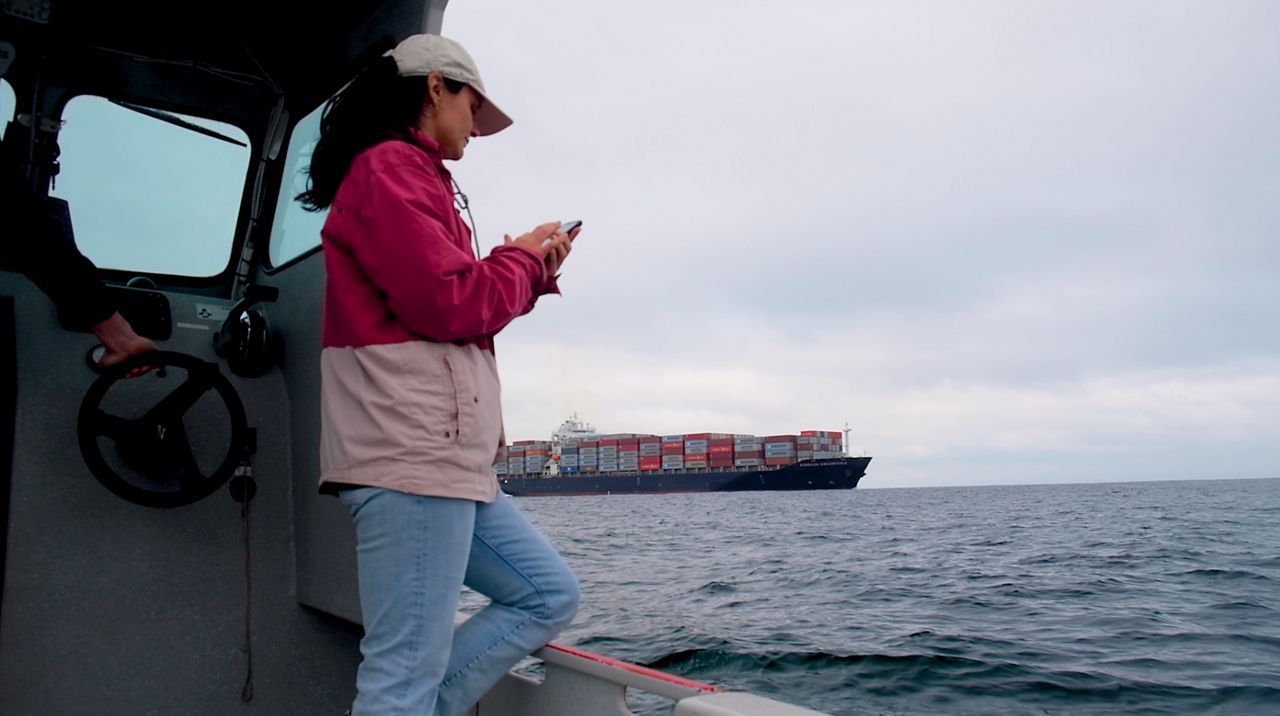 Just a stone's throw from the buoy, Callie and marine operations specialist Christoph Pierre, who is the boat’s captain, spotted some whale sign, a pod of three humpback whales.

Seeing the blow hole spray and then the giant tails emerge from the water is a magical moment for Steffen.

Trying to keep the boat close to the humpbacks, Pierre said, “It's really hard to predict what direction they're going or where they're going to surface.”

Steffen enters her observations into the Whale Alert smartphone app where citizen observers can report their sightings. In concert with the acoustic buoy data, Whale Safe can provide a more accurate picture of whale presence.

“To be able to spend time with three humpbacks is really cool,” Steffen said. “It’s always great to see whales. It never gets old. It's always magical. But another thing that we saw today is whales in the shipping lanes, right in the path of a cargo container ship. So, right now really is the time to start putting in these mitigation measures, because what we don't want is another situation like the East Coast is dealing with where the North Atlantic right whales are hanging on just by thread with under four hundred individuals in their population left.”

Steffen said ship speed compliance is up to 55% since Whale Safe launched in 2019, but until that number gets much closer to 100%, the risk for whale strikes remains.