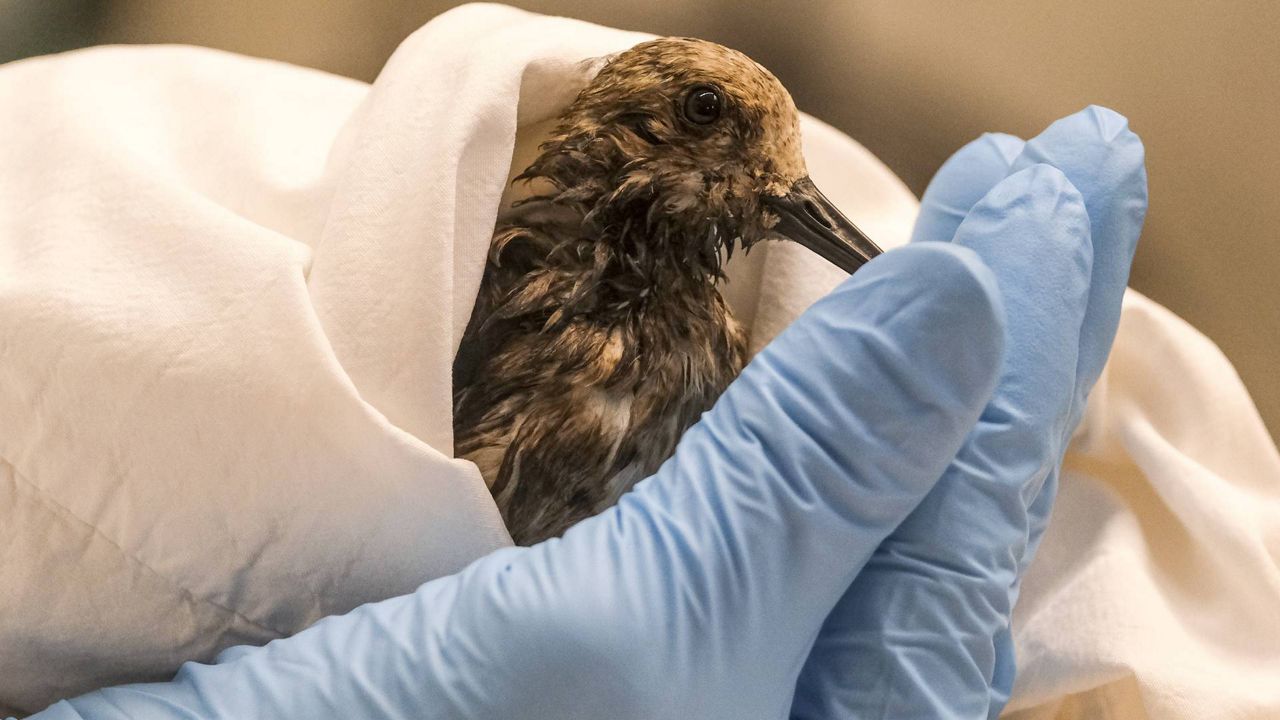 LAGUNA BEACH, Calif. — It’s a waiting game at the Pacific Marine Mammal Center, as Dr. Alissa Deming and her team wait for patients impacted by the Huntington Beach oil spill to come in.

“Right now, there’s mostly just birds that are being responded to and being oiled, but we anticipate there could be marine mammals impacted by this spill and we need to be geared up and ready for that,” says Deming, who is vice president of conservation medicine and science at the center in Laguna Beach.


The center is the designated hospital for injured marine mammals in Orange County. With cleanup efforts underway for the recent massive oil spill, Deming and her team are preparing the pens and sorting through equipment they’ll use when their new patients arrive.

“There’s a lot of secondary health impacts that can occur: eye issues, skin damage, GI effects," she said. "So we’re getting geared up to respond to receiving some patients that may need some additional longer term care as well."

Deming added that rescued marine mammals will first go to a washing station at SeaWorld San Diego before coming to the care center. Before working here, the veterinarian was part of a research team that studied bottlenose dolphins and how the 2010 Deepwater Horizon oil spill in the Gulf of Mexico affected them years after the disaster.

“Knowing the longterm impacts of oil that can have on the ecosystem as a whole and on individual animals that were exposed longterm can be sad to see constantly,” Deming said.

The research found that many of the dolphins developed lung disease, heart disease and reproductive issues. While Deming helped with the research, Dr. Michael Ziccardi from the Oiled Wildlife Care Network worked on the frontlines for five months after the Deepwater Horizon oil spill. He explained that while injured and oiled birds are coming in now, it could be days or weeks until mammals appear.

"Dolphins could have problems if they breathe fumes in," he said. "That’s one of the reasons why with our offshore cleanup operators, we’re asking them to report any observations they have out there."


Back at the center, Dr. Deming and her team are going through their rounds. They’re currently rehabilitating three animals on site: a northern elephant seal and two sea lions, including Miss Haggis, who was brought in with a fishing hook in her esophagus. Her release was slated for Saturday.

“We’re actually going to hold off on releasing her right now to prevent putting her into an environment that could impact her health after we just got her better," Demind said.

Deming and her team were able to rehabilitate Miss Haggis and hope to do the same for their new patients.

The Oiled Wildlife Care Network is not currently taking new volunteers. Teams are prepared to respond to hotline calls for sightings of oiled wildlife. To report oiled wildlife, call 1-877-UCD-OWCN (877-823-6926).