The Olympic Village in Tokyo will be powered with renewable hydrogen from Namie Town in Fukushima. (Courtesy IOC)

TOKYO — When the torch relay winds its way through Tokyo to ignite the cauldron and usher in the Olympic Games this Friday, the flames will be powered with hydrogen for the first time in the event’s history. And that fuel is being sourced from Fukushima.

The former site of a 9.0 magnitude earthquake that triggered a 50-foot tsunami followed by a nuclear meltdown in 2011 is now home to the world’s largest renewable hydrogen production facility. With all eyes about to be on Tokyo for the Olympics, Japan is now leveraging the global athletic event to reintroduce Fukushima’s Namie Town as a clean and green hydrogen showcase, ten years after a triple disaster killed 182 people and destroyed 651 homes and 1,000 business sites.

“As climate change impacts our lives more and more, the hydrogen-powered cauldron shines new light on the opportunities for clean energy in Japan and across the planet,” according to the International Olympic Committee website.

Japan was one of the first countries to adopt a national hydrogen strategy in 2017 and is giving hydrogen a starring role at this year’s games as the country strives to be carbon neutral by 2050. Prized for its abundance and ability to be created and consumed without generating any emissions, hydrogen can be made from water, renewable biomethane gas — even plastic waste. The most abundant chemical substance on the planet, it can be used as a clean energy source for both transportation and electricity. 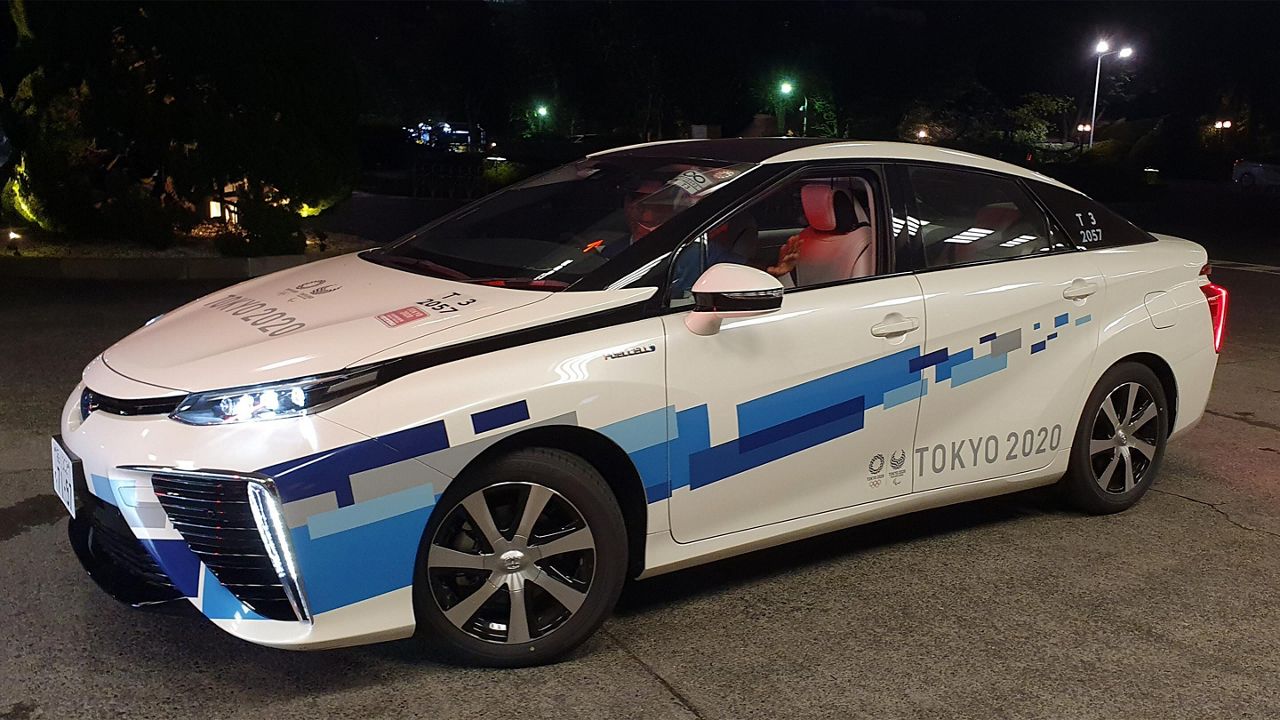 Renewably produced with solar energy, hydrogen from Namie Town will power the buses that move athletes between venues during the Olympic Games, as well as the lighting, air conditioning and water heating in the Olympic Village, which has been built as a miniature demonstration city for a hydrogen-powered future. Olympic partner and Japanese automaker, Toyota, is providing 500 of its Mirai hydrogen fuel cell vehicles to transport staff and officials, as well as 100 fuel cell buses.

“At the Tokyo Olympics, we are trying to promote the creation of a sustainable community that can power us in the future,” Namie Town Mayor Kazuyoshi Yoshida said Monday during an announcement of his town’s smart sister cities partnership with Lancaster, Calif., which plans to be the world’s second hydrogen city, following Namie Town’s lead.

In March 2020, Namie was declared a zero-carbon city and nicknamed “hydrogen town.” In addition to being home to the world’s largest renewable hydrogen plant, it has repurposed its junior high school into a hydrogen pipeline supply demonstration project, set up a hydrogen classroom in its elementary and junior high schools and is using fuel cell electric vehicles at its city hall.

Namie Town is also considering hydrogen tourism for the city, including a fuel cell bus town tour that would showcase fuel cell vehicles at its city hall and an industrial park powered with 100% renewable energy.

As Japan’s first full-scale demonstration of hydrogen infrastructure, the Olympic Village will continue to power a zero-emissions future, sending hydrogen through underground pipes to residences, the IOC said.