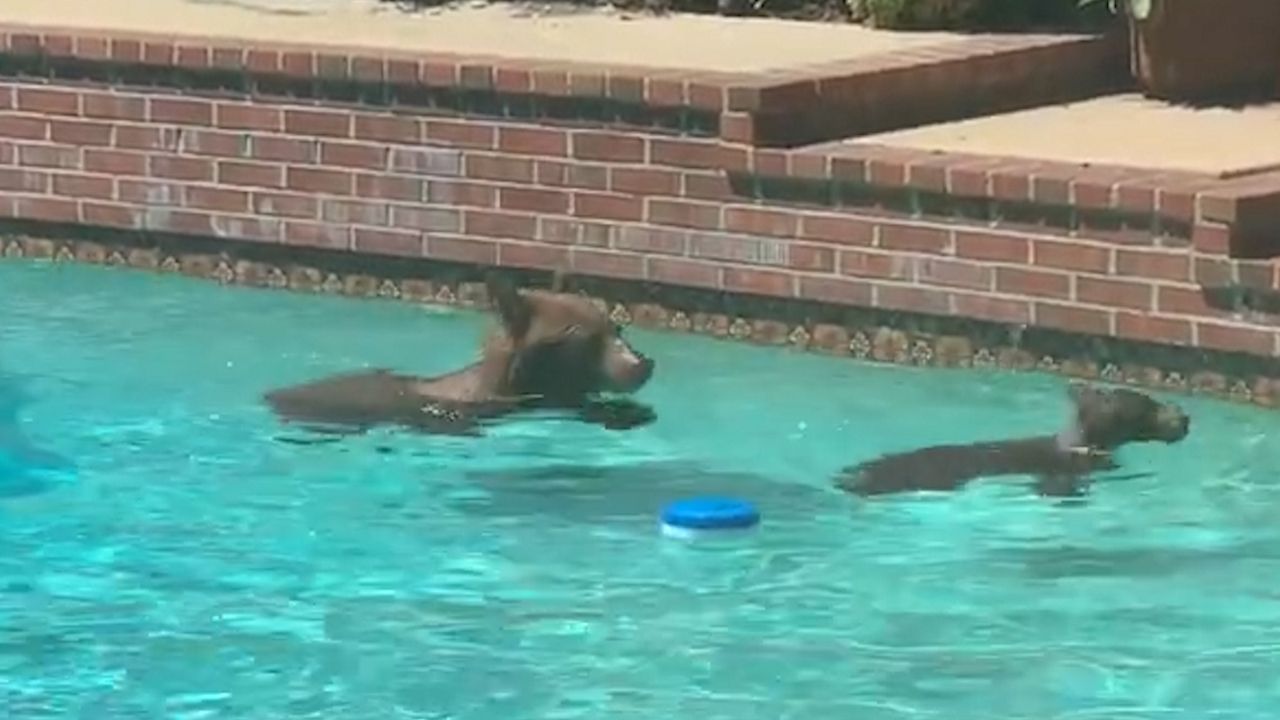 GLENDALE, Calif. — With a backyard that backs up to a wilderness area, Paul Hubler was barely surprised when he saw a mama and her cub swimming in the shallow end of his pool.

"No going off the diving board," he laughed. "None of that."

He's not exactly running a BearBNB, but the truth is, he's had bears in his pool before, encounters that didn't worry him — until now.

"It's always been at night," he explained. "This was the first time where we've had the bear come into the backyard in the middle of the day, middle of the afternoon."

In a way, the daytime visit was delightful because his family got a front-row seat to the furry frolic, he said. But it was also concerning because not only were Hubler and his wife both home working remotely, their teenage kids were there as well, along with a crew of gardeners and the Hubler's 15-pound dog, Guster.

"We're all watching," Hubler said, describing how his family was pressed against the sliding glass doors 10 feet away from the bears. "My dog is barking, but the bears seem not to have a care in the world."

SoCal bears seem to be growing more brazen about when and where they make an appearance. In May, a teen in Bradbury fended off a mama bear and her cubs, also in broad daylight. And last week, sheriff's deputies trailed a cub through the streets of Thousand Oaks for an hour before it headed back to the wild.

Our @toaksvcso deputies found this little guy walking the streets of Thousand Oaks late last night! 🐻 They followed him for close to an hour until he headed back toward open space. #VCSheriff #bear #ThousandOaks #bearcub pic.twitter.com/bK8mlSjR0C

Rebecca Barboza is a wildlife biologist with the California Department of Fish and Wildlife. She said as the bear population grows, so does their range.

"The black bears have adapted quite well to the urban environment," Barboza explained. "We have 24/7 access to water, food and shelter."

Water is a big one these days. Some experts believe drought conditions may be forcing animals to leave their open spaces and find water in residential areas. Hotter temperatures also play a role.

"They're going to be seeking out any cool area, so we have a lot of reports of bears going underneath people's homes in the crawl space and, of course, entering into pools and jacuzzis to cool off," she said.

Her advice in the event of an encounter: leave the bear be, and it will leave your property on its own.

"This is not the time to run out and try to get a selfie with the bear," Barboza warned.

Also, make sure you clear any food or trash from around the outside of your house. Hubler even purchased stainless steel straps to keep the bears out of his trash cans.

"The last thing we want is for them to view our residential neighborhood as a food source," he said. Because even though the bears aren't looking for trouble, he worries the more contact they have with humans, the greater the chances a meeting could go badly.

"I think everybody understands you don't want to come between a mother bear and her cub," he said, explaining why he keeps his distance and allows the occasional impromptu pool party.

"This is their habitat," Hubler said of the critters he's seen on his property. "This is their home, and we don't mind from time to time sharing the backyard at least of our home with them." 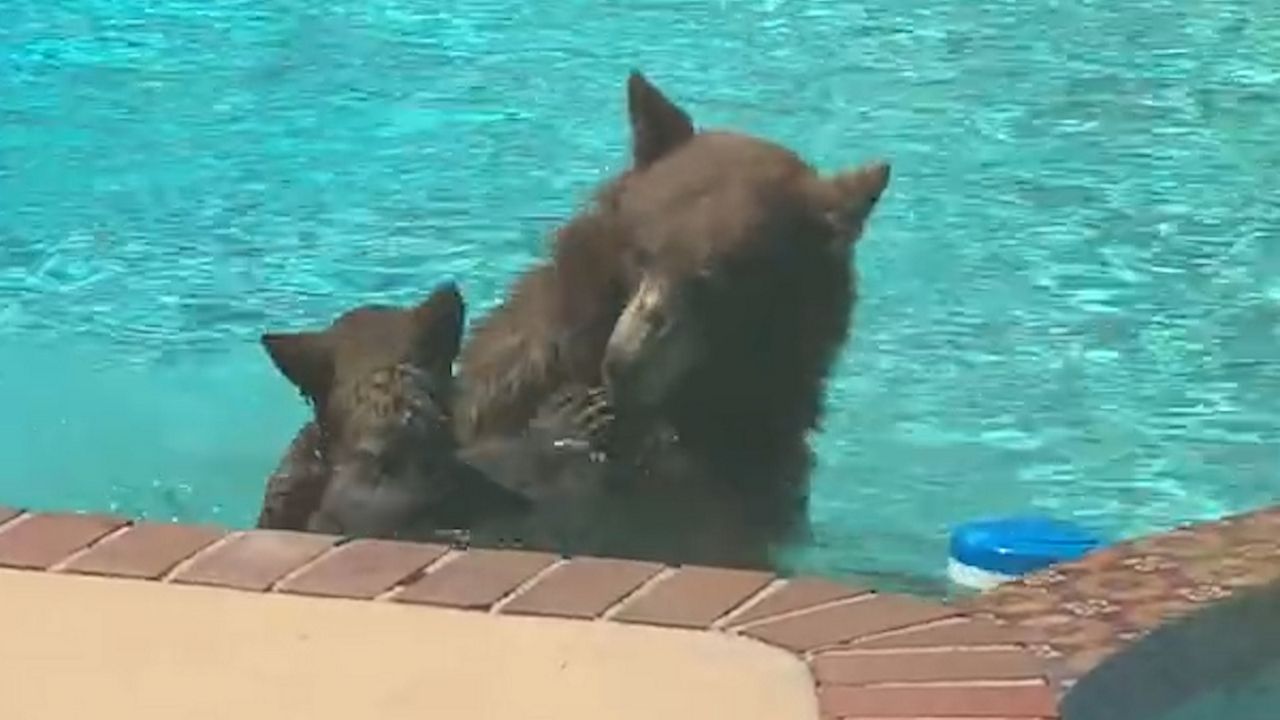