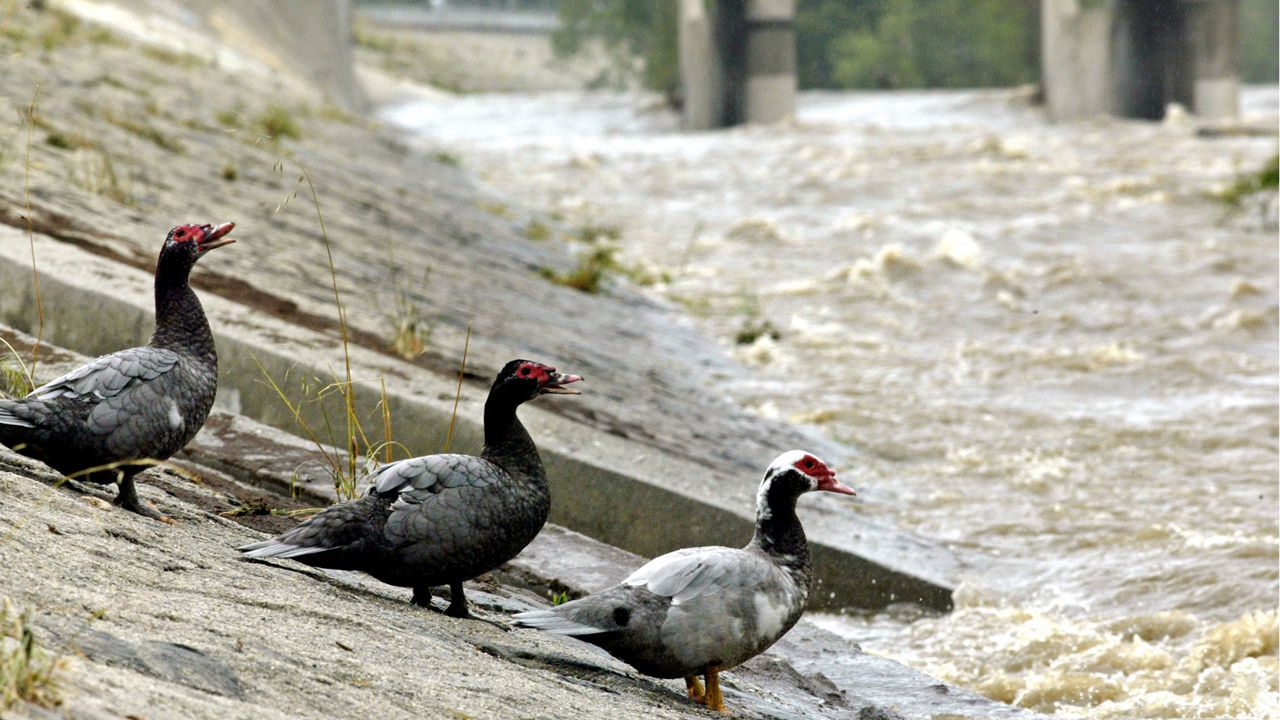 In this May 3, 2003, file photo, the Los Angeles River's high water level keeps a flock of wild ducks on shore in Los Angeles. (AP Photo/Damian Dovarganes)

What happens to LA's storm water? 5 things to know

When it rains in our drought-ridden area, it feels like a miracle from above, heaven-sent water. So shouldn't we be using it?

The Metropolitan Water District Of Southern California has a new general manager who wants to shift his agency's focus onto more recycling of sewage water, cleaning up groundwater aquifers and capturing even more rainwater. There's every chance that in the future, when it rains in LA County, we'll capture a great deal of nature's bounty to use for ourselves.