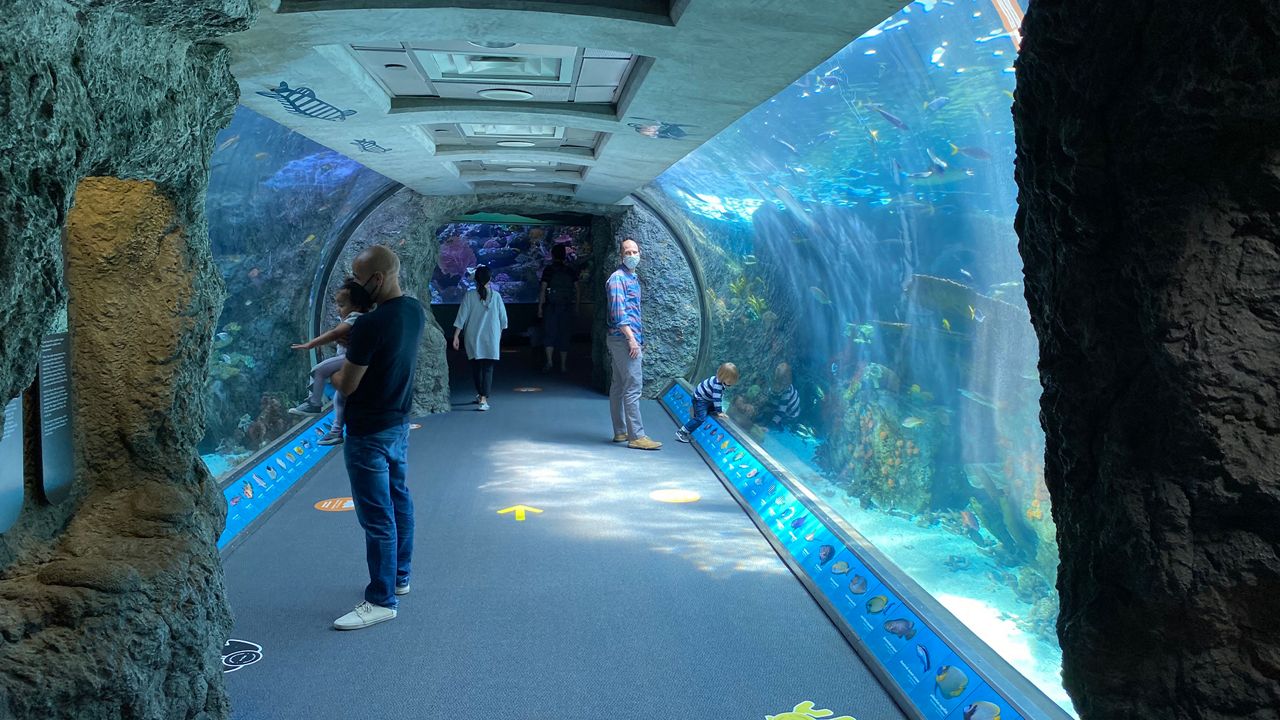 Aquarium of the Pacific needs 1.2 million visitors this year to ensure survival

LONG BEACH, Calif. — Financially speaking, 2020 was the worst year on record for the Aquarium of the Pacific in Long Beach.

But recently, when the aquarium announced they'd re-debut the exhibit titled "Coral Reefs: Nature's Underwater Cities," there was a line of people out the door. While that might be encouraging to see, it turns out the aquarium will need to keep up this level of enthusiasm to make it in the long run.

The timing of the pandemic could hardly have been worse for the aquarium. Shortly after completing a multimillion-dollar expansion, the nonprofit was forced to shut its doors, staying fully open less than 100 days in 2020.

Donations, PPP loans and a loan from the city of Long Beach are all helpful. Still, Chief Financial Officer Anthony Brown said at least 1.2 million visitors are needed to ensure the aquarium's survival this year. He notes without that many visitors a combination of the following will be necessary: attendance, charitable contributions, membership sales, retail sales, and lowered operating expenses.

"There's quite a bit of pent-up demand by the public, and so we're really kind of just benefiting from that right now," Brown said.

Revenue is up so far despite reopening months later than anticipated. As a result, some executives, including Brown, took temporary 15% to 30% pay cuts.

"Everyone wants to be compensated for what we do, but there was a greater need, and so everyone willingly stepped up and did their part," Brown said.

Some costs persisted whether or not the doors were open to the public, such as the animal upkeep.

This latest exhibit looks at the species within the coral reef ecosystem and the threat of global climate change. It's up now until April 2022.

Brown said the aquarium had not used the loan from the city of Long Beach yet. They hope not to need it.

EDITOR'S NOTE: After this story was published, we added details about steps that might be necessary if there is a shortfall in visitors. (June 4, 2021)