LOS ANGELES — Imagine if all those plastic bottles you see littering the street were actually embedded into the road itself. That’s the concept behind an innovative new stretch of asphalt L.A.’s Bureau of Street Services quietly laid in front of the Walt Disney Concert Hall earlier this month.

Located on 1st Street, between Grand Avenue and Hope Street, it is the first application of recycled plastic asphalt on a major city street.

“This is the future,” said Adel Hagekhalil, executive director of the Bureau of Street Services.

The new pavement is made from the asphalt that was ripped up for repaving mixed with ground-up plastic, negating the need to truck in new asphalt or truck away what was replaced. 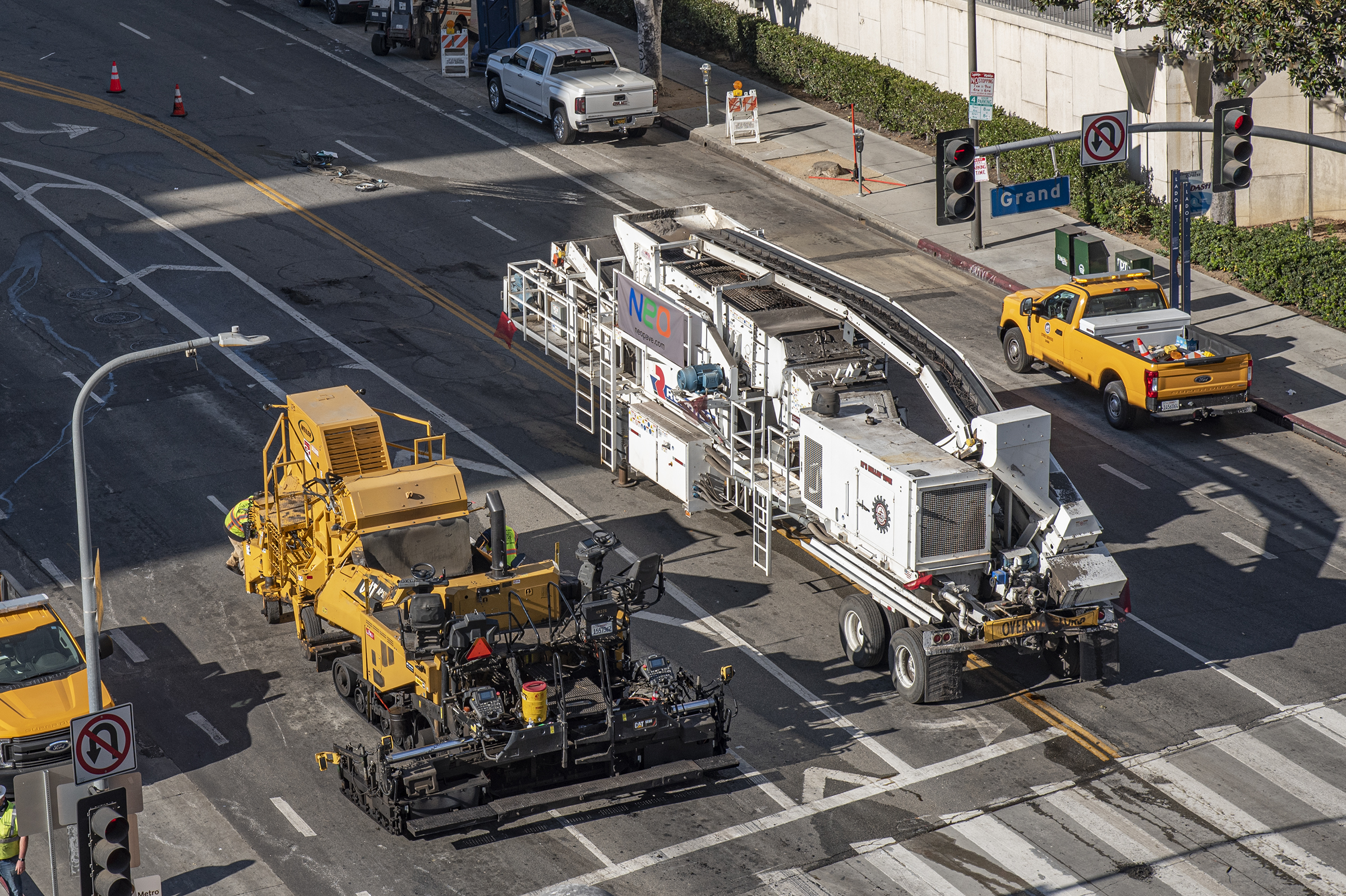 Part of a larger plan to reduce waste and the emissions generated from the perpetual repaving of the city’s 23,000 miles of roadways, each lane mile of recycled plastic asphalt could use 150,000 plastic bottles. The Walt Disney Concert Hall project used about 9,000 plastic bottles sourced from a manufacturing facility in Northern California.

“The next step is how can we use our own plastic waste and reintegrate that plastic into renewing our streets,” Hagekhalil said, adding that he is working with L.A. Sanitation and Environment to implement such a system. “The goal is to scale that up.”

He estimated it would take three to five years to start using locally sourced plastic waste in the city’s repaving projects. But eventually, 25% of the asphalt L.A. uses could be done with the recycled plastic system. Switching 200 of the 2,000 lane miles it repaves every year could recycle about 30 million plastic bottles.

“That's great, but on top of that, we’re recycling 100% of the existing road,” said Sean Weaver, founder and chief executive of TechniSoil Industrial. The Redding, Calif., company came up with the technology to use recycled PET from water bottles to reduce the amount of virgin petroleum and asphalt typically used in pavement. 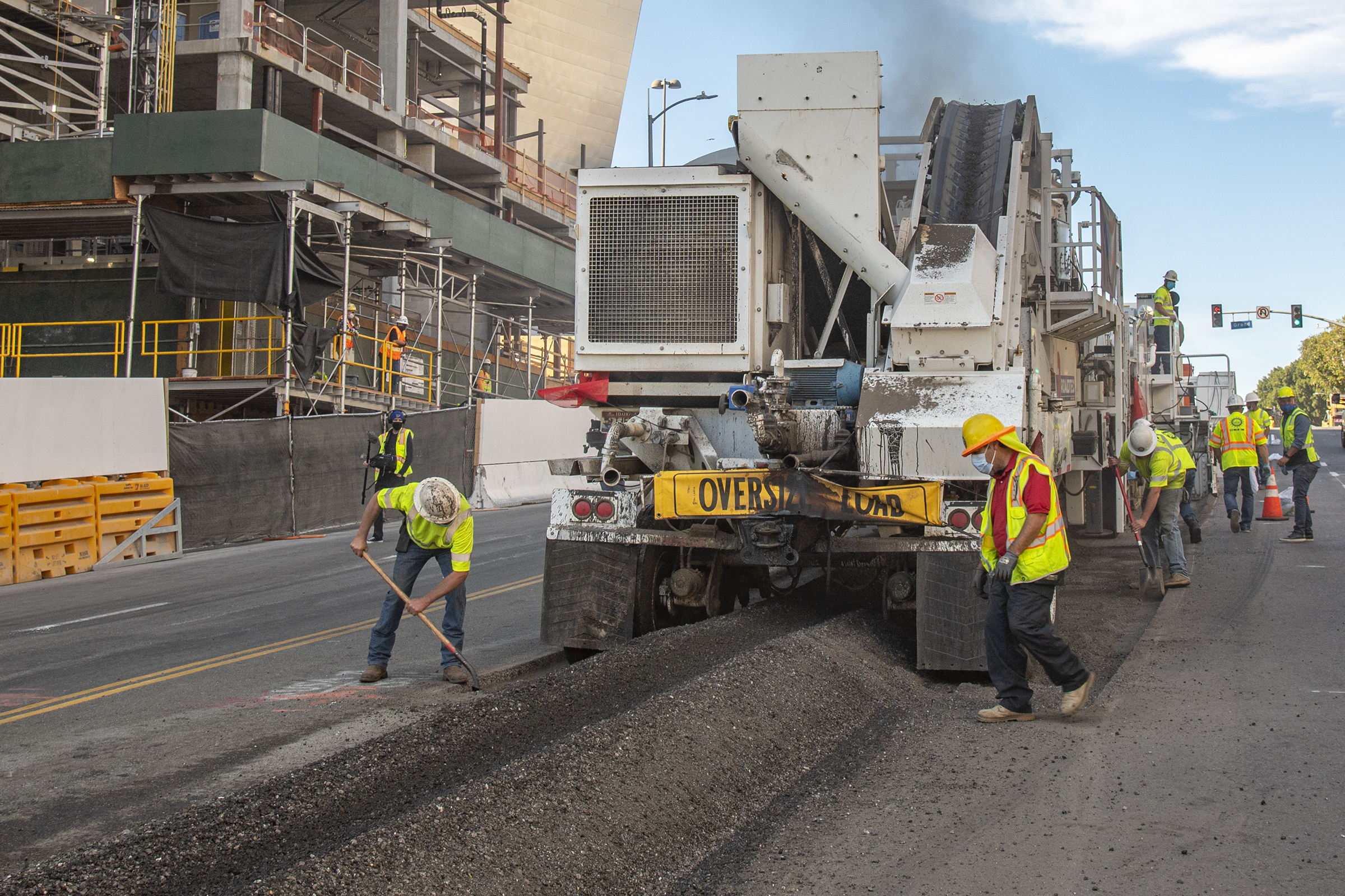 L.A. was introduced to the TechniSoil system through the U.S. Department of Energy, which approached TechniSoil about commercializing its technology two years ago, shortly after China stopped taking most of the recyclables generated in the United States.

“Recycling plastic into other single-use applications, it’s good,” Weaver said, “but if you could recycle that plastic into an application that would last 30 to 50 years, that does a lot more good.”

As part of the Green New Deal that Mayor Eric Garcetti announced in 2019, L.A. is targeting a 50% reduction in greenhouse gas emissions by 2025. The Bureau of Street Services is currently working on an assessment to determine how much its operations emit, but Hagekhalil said recycled plastic asphalt could reduce the bureau’s emissions by at least 20% if it’s scaled up.