PLAYA DEL REY, Calif. — Preserving and protecting the Ballona Wetlands in West Los Angeles has been a topic of discussion for decades.

With more than 95% of California’s coastal wetlands destroyed by urban development, the Ballona Wetlands have taken on deeper importance.

In the 1960s, when construction of Marina del Rey started, crews needed a place to dump more than three million cubic yards of dredge fill. The wetlands were chosen as the dumping grounds, raising the elevation in the area by as much as 15 feet and destroying more than 900 acres in the process.

In the '70s, after land owner and American business magnate Howard Hughes passed away, the new owners planned to build high rises at the corner of Lincoln and Jefferson boulevards.

Soon after that announcement, the Friends of Ballona Wetlands organization was formed. With the help of biologists, the group soon discovered, through soil sample tests, that the wetlands were indeed wetlands and not just a barren wasteland of space, which helped in their successful fight to protect the area.

And in the decades since, the wetlands have remained protected. The addition of a freshwater marsh, the Ballona tide gate installation — which created a healthier salt marsh — and an Ecological Reserve designation has helped the species that inhabit the wetlands, many of whom are threatened or endangered, such as the Belding Savannah sparrow and California least tern. 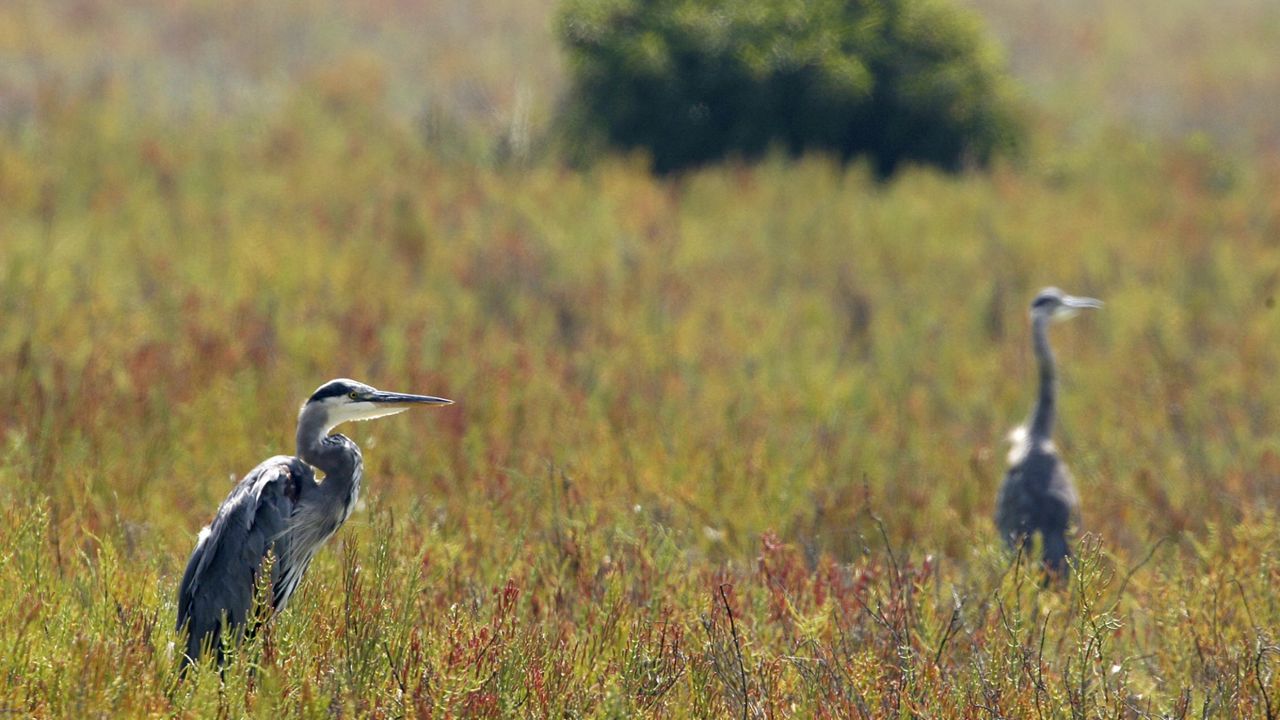 But now a new fight has emerged, and it’s centered around the Ballona Wetlands Restoration Project.

The Friends of Ballona Wetlands group says that the area’s health is in poor condition and that the “wetlands were saved from development, but not restored.”

They, along with many other organizations, such as the Department of Fish and Wildlife (CDFW), the State Coastal Conservancy (SCC), and The Bay Foundation, support the restoration plans, which will potentially include:

But groups like The Sierra Club Ballona Wetlands Restoration Committee, the nonprofit Ballona Institute, The Climate Reality Project, In Defense of Animals, and many more oppose the restoration project. They said that the project could harm the wetlands’ ecosystem and the people who live in the surrounding neighborhoods.

Many who oppose the restoration project say it includes a plan to install new infrastructure adjacent to the wetlands. “The last thing we need when we are in a crisis of climate change is to build new fossil fuel infrastructure," said representatives for The Sierra Club Ballona Wetlands Restoration Committee.

And who is investing in fossil fuel use? SoCalGas owns a natural gas facility adjacent to the wetlands. This facility has been in operation for nearly 60 years and will play a big part in the restoration.

The company said that the well removal would minimize environmental impacts, and that it would work with the CDFW and California Coastal Commission to comply with regulations.

Currently, the plan is for SoCalGas to replace the wells it removes with no more than six replacement wells within the Playa del Rey storage facility, resulting in a decreased footprint in the wetlands.

The Sierra Club Ballona Wetlands Restoration Committee disagree with the plan. "The big threat now is a plan to dig up more than 2 million cubic yards of soil — move it around while covering up important landscapes, alter the habitat, and remove the corroded infrastructure of SoCalGas operations. Then SoCalGas would install new fossil fuel infrastructure, constructing slant drilling operations up against the Playa del Rey bluffs."

They added, "This gas field needs to be shut down, as Los Angeles City Councilmember Mike Bonin and the Protect Playa Now coalition have called for."

The committee added that “the storage in Playa del Rey only amounts to about 1% of the state’s gas storage needs, and the primary customers are commercial users like Chevron, SoCal Edison, and the Torrance Refinery.”

SoCalGas countered that the “Playa del Rey storage facility is an important local source of energy that helps meet our customers’ demand for natural gas.”

“In the South Bay, specifically, the Playa del Rey storage facility helps to power the local electricity-generating plants, acting as a vital link in producing electrical power that keeps the lights on for everyone,” the company added.

Locals have also complained about the smell of natural gas in the area and agree that it might be time to close the 58-year-old facility.

Residents referenced the Aliso Canyon natural gas storage facility leak near Porter Ranch that occurred in 2015 as an example of what could potentially happen at the facility adjacent to the Ballona Wetlands.

“All storage wells at the Playa del Rey storage facility have undergone a battery of tests that state energy experts have called the most comprehensive in the country," said SoCalGas in a statement. “In addition, we regularly perform leak surveys of wells and pipelines with an instrument capable of detecting natural gas at concentrations of one part per million.”

In recent weeks, local residents and activists have noticed SoCalGas’ increased activity in the area.

Some groups went down to the site, like District 5 City Council Candidate Molly Basler, who suggested on Twitter that SoCalGas had called the police on her.

Spectrum News 1 reached out to SoCalGas for comment on Basler's claim, and the company did not respond by press time.

The increased activity has activists wanting answers. Some claim that SoCalGas is moving ahead with restoration plans before the California Coastal Commission’s approval.

SoCalGas confirmed to Spectrum News 1 that it had started well removal.

"We began work on the first of the 17 proposed well removals in September," said spokeswoman Christina Detz. "SoCalGas understands the importance of the Ballona Wetlands Ecological Reserve and we are committed to supporting the restoration where and when we can. One way we’re showing this commitment is with our plan to remove 17 wells associated with our Playa del Rey storage facility."

This fight is far from over, and activists like Basler are determined to stop the restoration plans.

"We won’t stop until this project is pulled and no longer a threat to the animals, the planet, and the people," Basler said.