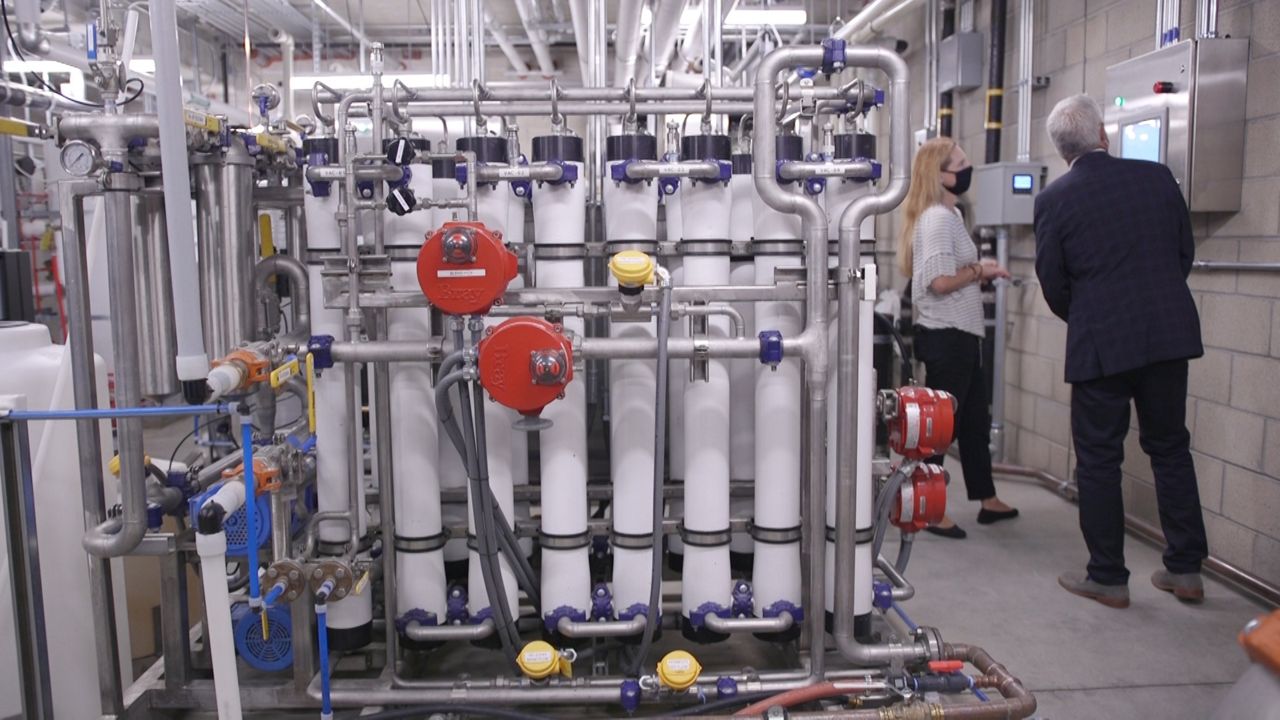 SANTA MONICA, Calif. — Water is life, so it's critical to conserve as much rain as possible, but that's not easy to do on the scale of a government building. Joe Coriaty, a managing partner of Frederick Fisher and Partners, is one of the new Santa Monica City Hall east building architects, and they had to engineer a new rain-to-potable water treatment system to meet the demands of the city.

"The city is going for water independence by 2023," Coriaty said. "Even though we consider ourselves to be in an arid climate, we're able to collect enough water every year through rainfall to run the domestic system through this room to support the building, occupants, and the guests."

It's the largest government building in the United States to be slated for the Living Building Challenge certification. The water reclamation system is one of many new features that promote self-sufficiency and waste reduction. That also includes human waste. The building is not connected to a sewer system.

"All of the plumbing from the toilets comes down the building into these tanks here, and it's a standard composting system not unlike a worm system you would use at home in your backyard," Coriaty said.

The plan is to use all that organic material as fertilizer throughout the building grounds.

Amber Richane is a Project Manager for the city of Santa Monica, and she said the project was designed to be green and save tax dollars by consolidating departments spread across multiple leased offices.

"Someday, we'll get to cover all of this with solar panels," Richane said while looking out over the roof of the building. 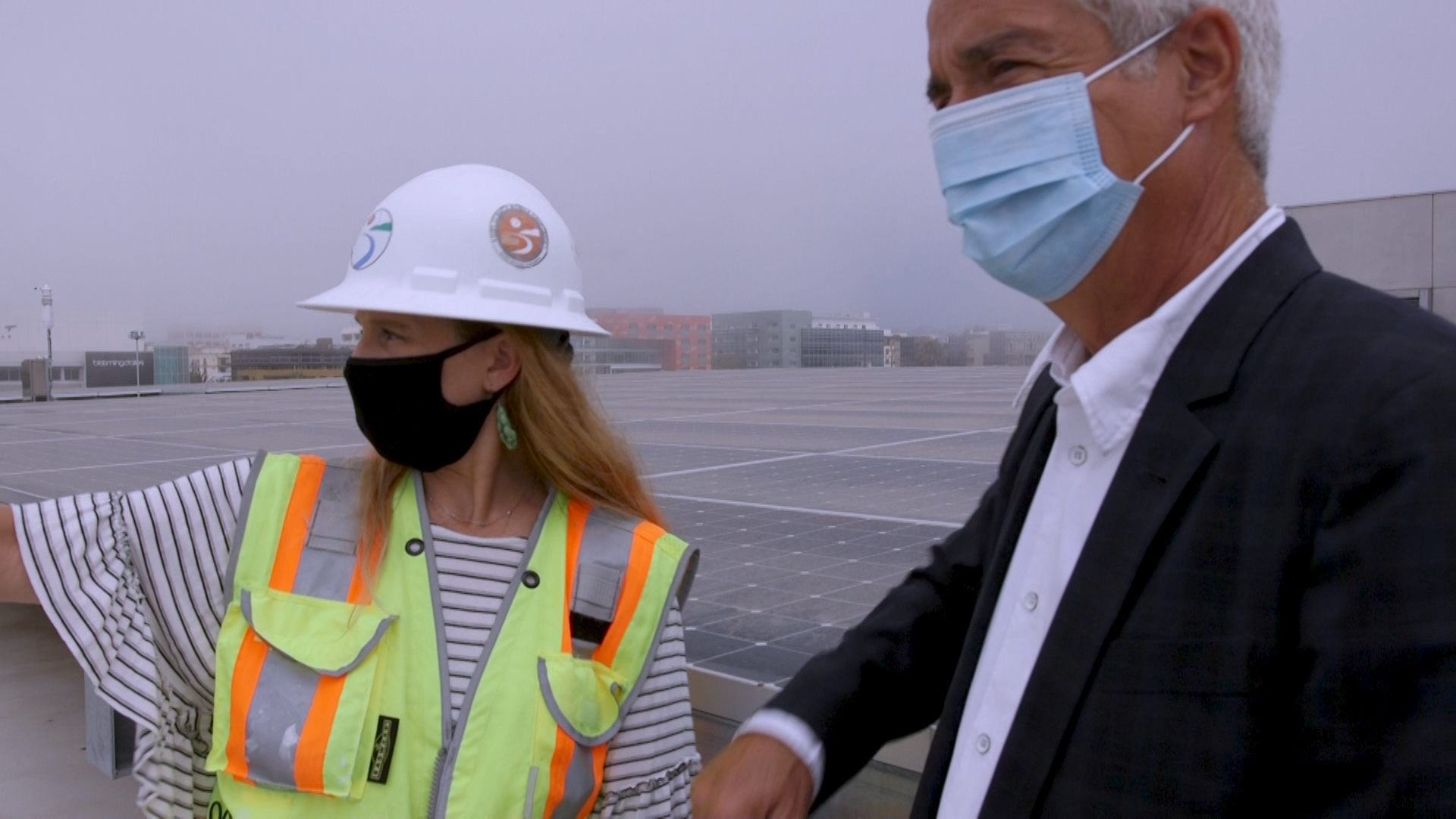 Now, Building and Safety, Mobility, Planning, Finance, and Public Works can all work together under the same solar-paneled roof.

"Santa Monica is the sustainable city of well-being," Richane said. "This building is the embodiment of that. It is also fiscally responsible in that this building will be paid off in 16 years. This building provides all of its own water, its own energy and for the staff that is here, we're really focused on health."

It's an ambitious "closed-loop" system designed to conserve energy, water, waste, and compost and positively impact the environment and the mental health for the workers. The project is a result of the combined efforts of several people, including architecture firm Frederick Fisher and Partners, Living Building Challenge Consultant and MEP Engineer Buro Happold, General Contractor Hathaway Dinwiddie Construction Company, and Landscape Architect ABHE | MIG.

"The exterior of the building is glass," Coriaty said. "It allows natural light into the building. As you can see, there's operable windows that allow beautiful cross ventilation. We think it's great to take advantage of the natural climate and beauty of Santa Monica."

CORRECTION: An earlier version of this story incorrectly stated the new Santa Monica City Hall east building was the first government building in the U.S. to be slated for the Living Building Challenge certification, and that all plants on the grounds are edible. It has been corrected to reflect that the building  is the largest government building in the U.S. to receive the certification, and that most, but not all plants on the premises are edible. (Oct. 5, 2020)